Among the Plants at Phipps – Leaves of Glass

A new show at Phipps Conservatory and Botanical Gardens includes more than 40 glass counterparts to its massive collection of plants. 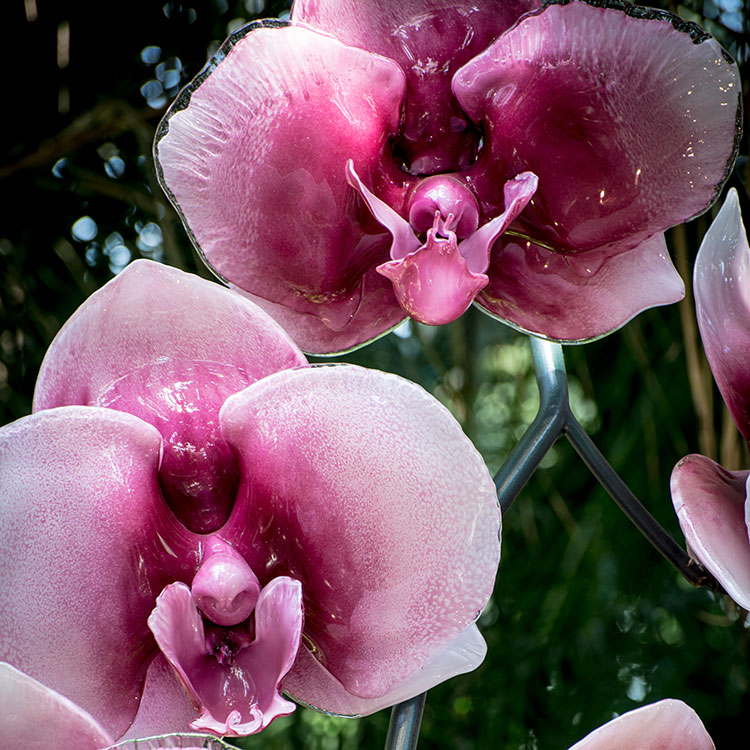 An otherworldly atmosphere already permeates the exhibit halls at Phipps Conservatory and Botanical Gardens (phipps.conservatory.org). Now, as guests stroll through a planet’s worth of flora, an original collection of giant glass sculptures adds to the landmark’s uncanny appeal.

“SUPER. NATURAL.,” a new show by glass artist Jason Gamrath, includes more than 40 installations throughout nine of the conservatory’s rooms. The sculptures depict detailed plants, many of which can be found among Phipps’ collection; even the conservatory’s famed Corpse Flower now has a glass counterpart.

Gamrath trained at the Pilchuck Glass School in Washington state; the school was founded by glass artist Dale Chihuly, who exhibited at Phipps 10 years ago (and selections from that show are still on exhibit).

“The historic, Victorian architecture [of Phipps] is unparalleled,” Gamrath says. “It’s timeless, it’s classic. I think my work is the same.”