All the Things You Can Do Inside Pittsburgh’s Feminist Makerspace 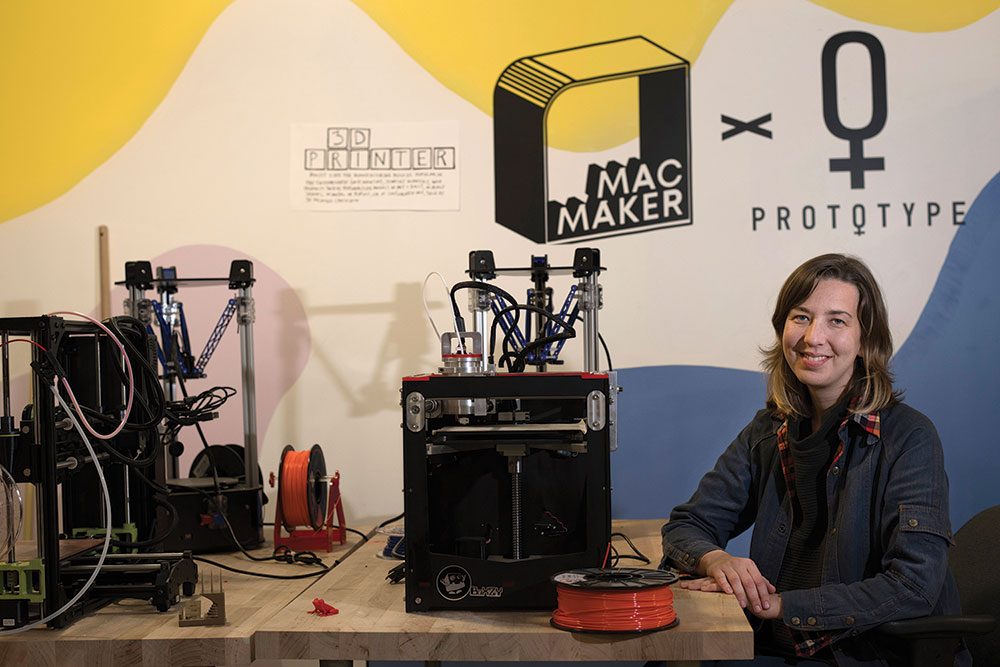 Prototype, a self-described “feminist makerspace,” provides women with affordable access to high-tech tools and equipment at its locations in Oakland and Homewood. Prototype offers equipment including laser cutters, wood and metalworking gadgets, 3-D printers and screen printing equipment. Membership fees are income-based, ranging from $5 to $50 per month.

According to Gatz, Prototype was created after the 2016 election as part of a community response to create “more professional development opportunities for women.” Prototype focuses on providing resources for low-income women and racialized women — in particular, members of Pittsburgh’s black community.

“[Pittsburgh’s new tech sector] seemed to be reinforcing existing disparities in terms of race, gender and class in Pittsburgh,” Gatz says. “The people who were benefiting most were the folks who are already overrepresented in the field.”

Prototype’s original venue at 460 Melwood Ave. in Oakland is used for co-working and select equipment use — screen printing and hat and T-shirt presses, among other things. The second location, at 7800 Susquehanna St. in Homewood, is partnered with the University of Pittsburgh’s Manufacturing Assistance Center and features state-of-the-art equipment.

Prototype also hosts workshops and programs aimed at serving marginalized women in marginalized communities. Residents of Homewood and Wilkinsburg, for instance, can attend workshops for free. (For everyone else, the cost is a suggested donation of $10.)

Prototype has partnered with organizations run by black women, including the Hill District’s Ujamaa Collective, which focuses on economic development and hosts a cooperative store with goods made by members of the African Diaspora, and Black Unicorn Project in Wilkinsburg, which elevates the voices of black women who are poets and writers.

Prototype also hosts an incubator program that works with five women-owned companies and provides small businesses with resources and mentorship. It introduces its member businesses to accountants, lawyers and other small business owners.

One of those companies is Meagan Koleck’s Dumpstar Media, which focuses on queer identity through film. Another company, owned by Gabrielle Haywood, produces a KneeKini, a bikini swimsuit that offers more leg coverage. Haywood’s business was recently accepted into renowned accelerator AlphaLab. Gatz says Prototype can’t take all the credit for their triumph, but she believes it has helped to create the conditions the small businesses needed to succeed.

Gatz says Prototype strives to not only uplift marginalized women in the tech sector, but also to call attention to the systemic injustices ingrained into our culture.

“A lot of what we do is not about looking at gender as it exists in a vacuum but rather looking at how different women are disproportionately underrepresented or oppressed in larger society,” Gatz says.

This article appears in the January 2020 issue of Pittsburgh Magazine.
Categories: Business