After being delayed two years by court challenges, 400/420 Centennial broke ground in August. 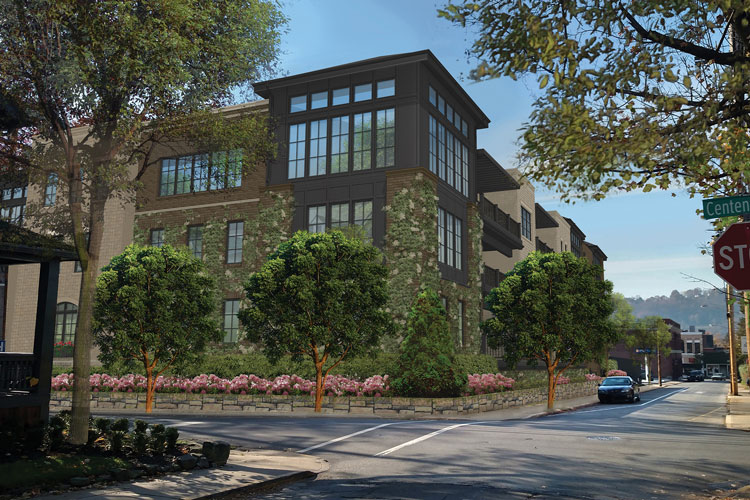 After a controversial beginning, a new luxury condo project is moving forward in Sewickley.

Pittsburgh-based Zamagias Properties broke ground in August on 400/420 Centennial, a set of two buildings — each featuring 10 to 12 residences — located about a block from the village’s main business district on Beaver Street.

Designed by Sewickely’s JMAC Architects, the four-story buildings, which will feature a brick-and-limestone exterior, will house residences ranging in size from 2,000 to 6,000 square feet. Construction is being handled by Pittsburgh’s P.J. Dick with customizable interiors by Kolano Design. 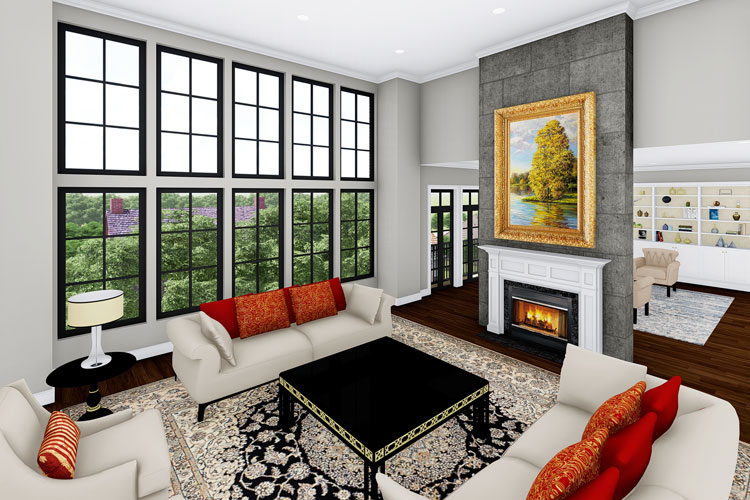 Other amenities include underground parking, a fitness room with a Pilates area and a sauna. A private, pet-friendly fenced area with a regulation-size bocce court and a fire pit will be situated between the two buildings.

“We’re super excited to be under construction,” Martens says. “It’s been an interesting journey.”

Martens says court challenges delayed the project by about two years. Some residents objected to the project’s four-story height, saying that it wouldn’t fit the borough’s style and character, according to the Sewickley Herald. Most of Sewickley’s buildings are two-stories tall.

In December 2017, a judge dismissed a lawsuit that the organization Character Matters, led by a group of Sewickley residents, filed in Common Pleas Court challenging the borough’s approval of the project.

“An appeal process like that in the court system takes its time. We did everything by the book,” Martens says. “Some people felt that they didn’t want to see this kind of change to the village. I think the vast majority are pretty happy with it.” 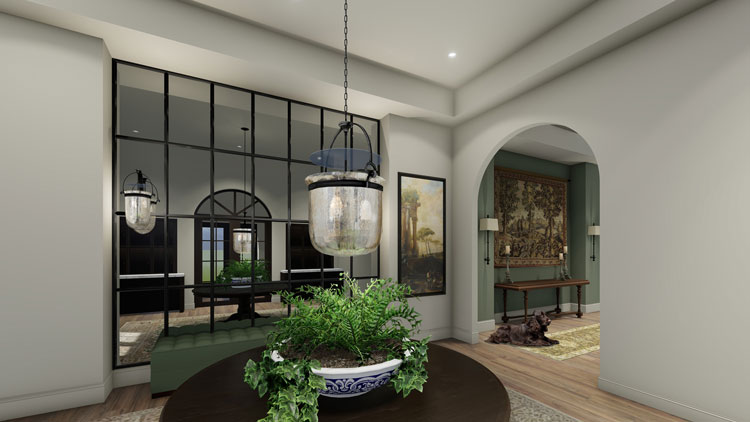 The condo project is located between Blackburn Road, Centennial Avenue and Locust Place. Martens says it formerly was home to a series of rundown office buildings and three abandoned houses.

“It was pretty much a disaster,” he says. “We are replacing something that was an eyesore.”

He believes the development will attract residents with a desire to ditch the headaches of home maintenance, but unwilling to forgo a luxury environment. Already, half of the units in the first building are sold, he says. The project’s second building is on track to begin construction in the next eight to 10 months. Martens says the first building should be ready for occupancy by fall of 2020.

“It’s always exciting to get to this phase.” he says. “I think it’s a great statement of where Sewickley is with the shops and restaurants moving in. This is only going to make it better.”

MuseumLab a Finalist for Its Innovative Design

Roots and Wings Teaches How to Upcycle Furniture

Counting Down the Top 5 HOME stories of 2019