After a Decade of Fun, A Strong Avengers Goes Dark 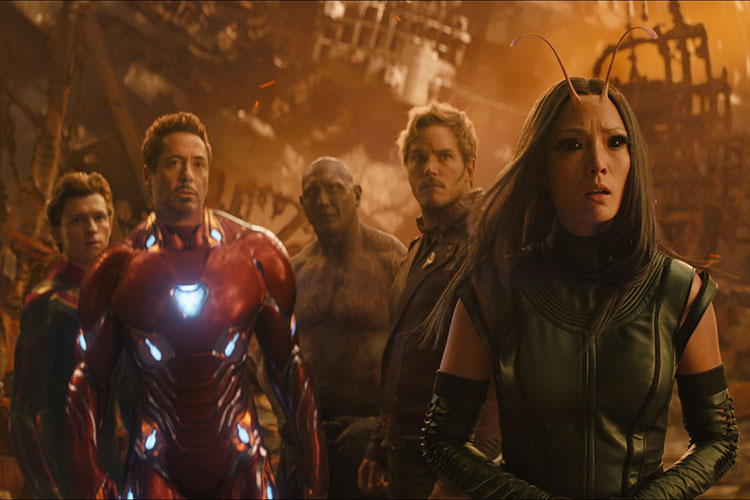 The 19th — yes, 19th — film in Marvel’s ongoing film series is, by a wide stretch, its most challenging.

When I walked out of the theater, I was surprised to find myself feeling resentful. This experience was not the adventurous fun I had come to expect from the studio, particularly in light of its three 2017 releases (“Guardians of the Galaxy vol. 2,” “Spider-Man: Homecoming” and “Thor: Ragnarok”), which settled into a playful and spirited mode. Nor was it the masterful storytelling of “Black Panther,” such a powerful recent entry into the Marvel Cinematic Universe that it will still occupy a spot near the top of the box office this weekend.

“Avengers: Infinity War” is a new look for the gargantuan studio.

My confusion on leaving the theater, I think, was at the Marvel machine having drawn fresh emotions out of this chapter. Even now, I feel chilled — haunted, even — by what transpired on the screen.

For basically the entire series up until this point, heroes (both the titular team of superheroes and other groups, such as the Guardians of the Galaxy) have been fending off baddies bent on acquiring one of the fabled Infinity Stones, ancient diadems that grant their holders fantastic power. In hints and teases, we have seen that an uber-villain, Thanos (Josh Brolin), is planning on gathering all six of the Stones, which would make him unstoppable.

(As unstoppable as any comic-book villain ever is, I suppose, but certainly more unstoppable than any prior big-bad.)

Thanos believes that the universe, and most of the planets thereon, are too choked with life; finite resources and all that. If he gathers the Stones, he can achieve his ultimate goal: the obliteration of one-half of all life in the universe.

Our many, many heroes have other plans.

The hook for “Infinity War” is the sheer number of characters represented; this is the first time that the entire cast (give or take a few) from the previous 18 films are suited up in one place. The result is a film that is much more spectacle and payoff than standalone story; while some recent installments, “Black Panther” chief among them, require no advance knowledge, “Infinity War” absolutely assumes you know quite a bit about the franchise to date.

It also assumes you are so invested in the meeting of these varied characters, and the payoffs to a literal decade worth of teases, that you don’t mind that this movie operates in ways that violate about every tenet of traditional storytelling. That’s not to suggest that the script is inelegant; in fact, it moves quite nicely at various points. But if you’re someone who likes sturdy bones to a story structure, look elsewhere.

“Infinity War” is surprisingly dark; the moments of humor are true comic relief, a break from considering what we’re forced to consider. And yes, that gravity will have much more effect on a viewer who cares deeply about the characters than a more casual observer.

The result is odd, difficult and surprisingly intense. There will be little question, for the careful observer, of where the story is headed in next year’s as-yet-untitled “Avengers” tale. But this chapter is a knockout punch.