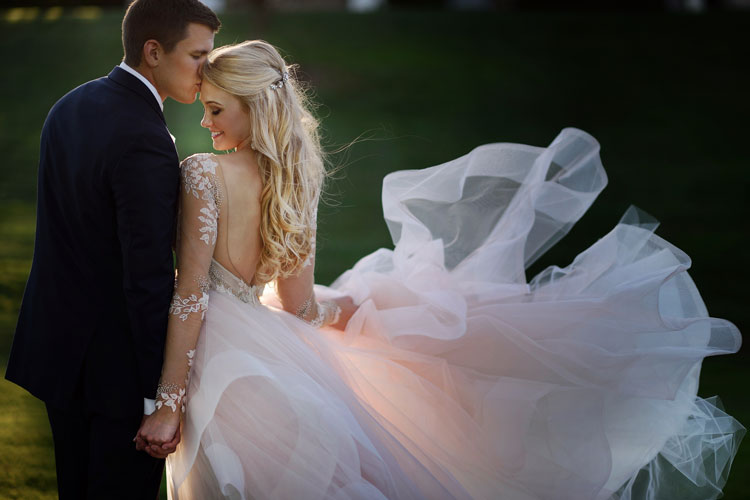 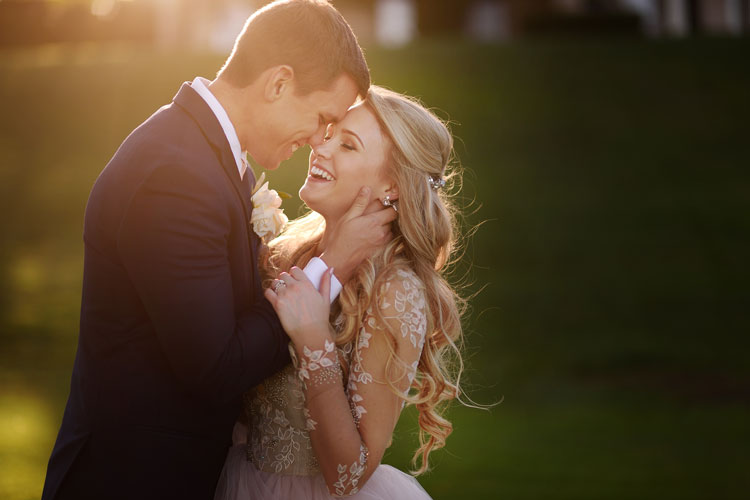 When Jake Met Marisa.
Jake Hunter and Marisa Sklarsky knew each other casually when they went to Gateway High School in Monroeville, but it wasn’t until college that they hit it off at a mutual friend’s party in Oakland.

In the summer of 2012, Jake and his roommates had season tickets to the Pittsburgh Pirates. When one of his roommates “conveniently wasn’t able to go” to a game, Jake offered Marisa the ticket. Accompanied by Jake’s other roommates, the couple had their first date, ending with a kiss, on a fireworks night. 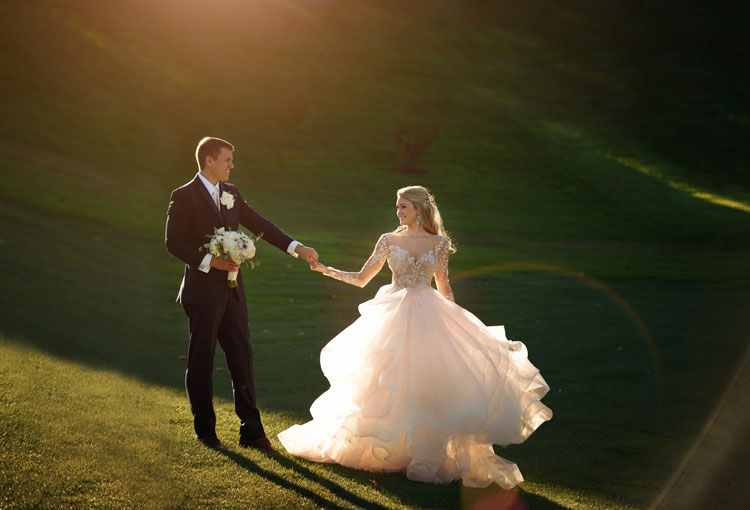 She Said Yes.
Jake and Marisa kept up a long-distance relationship while he went to school at Duquesne University and she attended Penn State University. They would visit each other often, never going more than two weekends without seeing each other. At Penn State, Jake and Marisa enjoyed sitting and talking at their favorite spot: a secluded duck pond.

On graduation weekend in 2016, two years after Marisa graduated, Jake was at Penn State to help Marisa’s sister move out. The couple took a walk to their spot, but because there were families around taking pictures with the graduates, they made their way to a flower garden. As they talked, Marisa noticed that Jake seemed “jittery.”

Marisa realized why when Jake reached into his pocket, pulled out a ring and asked her to marry him.

Marisa says she had thought Jake would propose the following weekend during a planned trip to Nashville — she had made a nail appointment and picked out an outfit. Instead, their trip to the Music City became an opportunity to celebrate with family and friends who accompanied them. 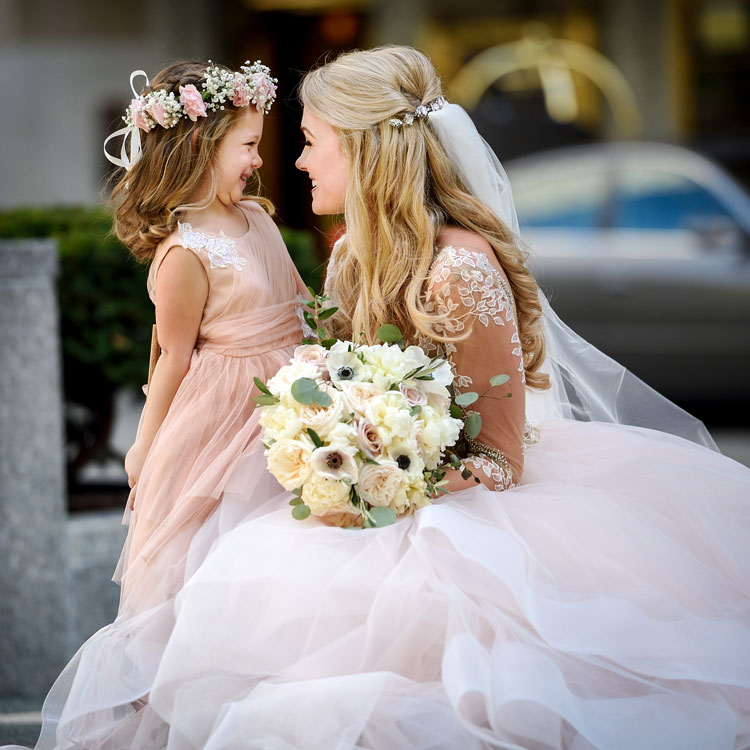 The Big Day.
As Marisa waited to walk down the aisle, which was lined with homemade wooden signs reciting 1 Corinthians 13, “Love is patient,” her eyes filled with tears. She tried to compose herself, though, because she wanted to see Jake’s face.

“I was nervous that I wouldn’t be able to see his reaction when I started going down the aisle,” Marisa says. “That’s always one of my favorite parts about weddings.”

Their day was filled with DIY decor, including wooden signs and an arch Marisa and her dad made that stood behind the head table at the reception. Marisa described their day as a “whimsical fairy tale” filled with fairy lights, flowers, lanterns and tulle. Fitting into the theme was Marisa’s fanciful pink Hayley Paige gown, which her loved ones describe as her “personality personified.” 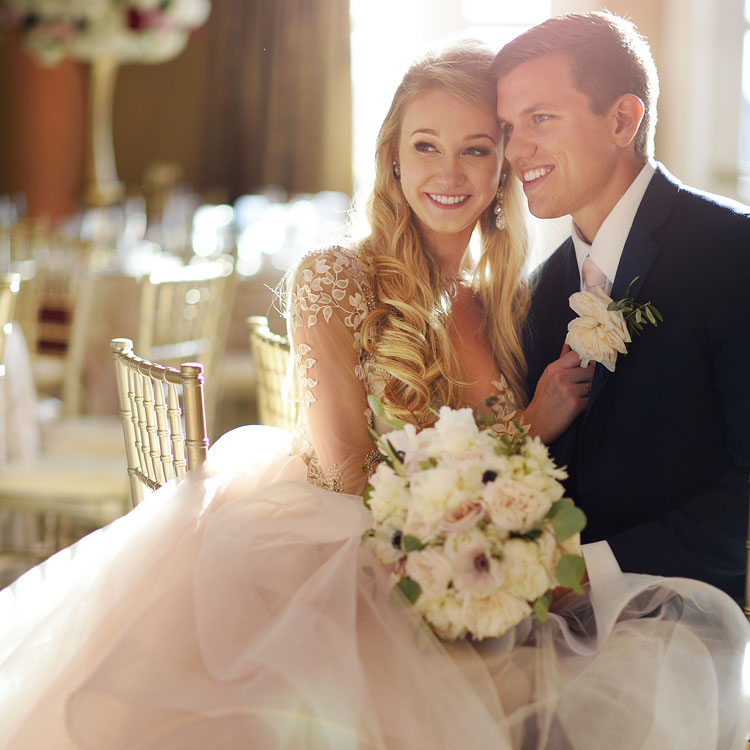 Happily Ever After.
The couple embarked on a “mini-moon” road trip to Asheville, N.C., Savannah, Ga., and Charleston, S.C. They plan to travel to St. Thomas for their one-year anniversary.

Marisa, 26, works as a property manager for Walnut Capital, and Jake, 27, works as a financial analyst for FedEx Corp. They live in Lawrenceville. 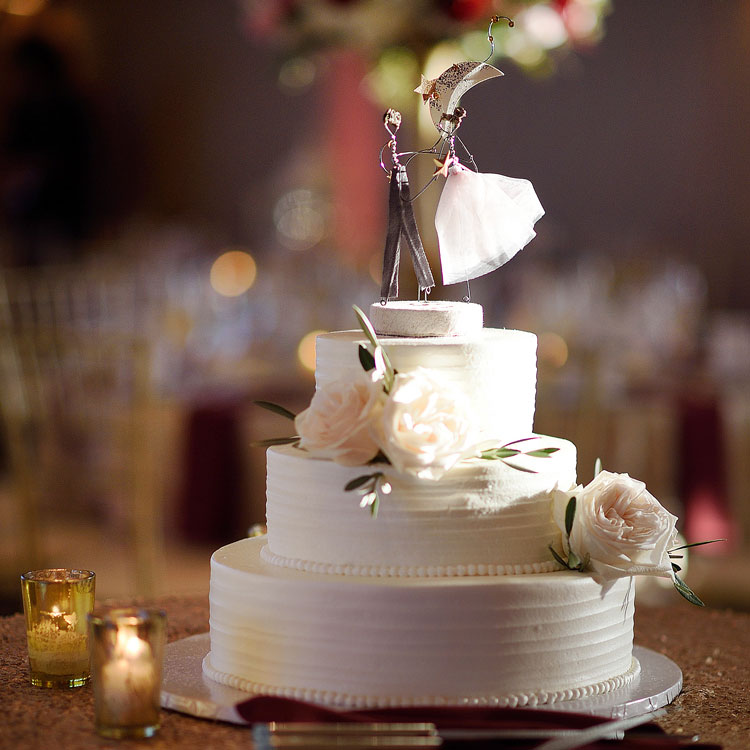