A Wedding Surprise “Back to the Future” Fans Will Love

A bride and groom gift exchange ended with a replica of Dr. Emmett Brown’s DMC DeLorean’s time machine making an appearance at the reception. 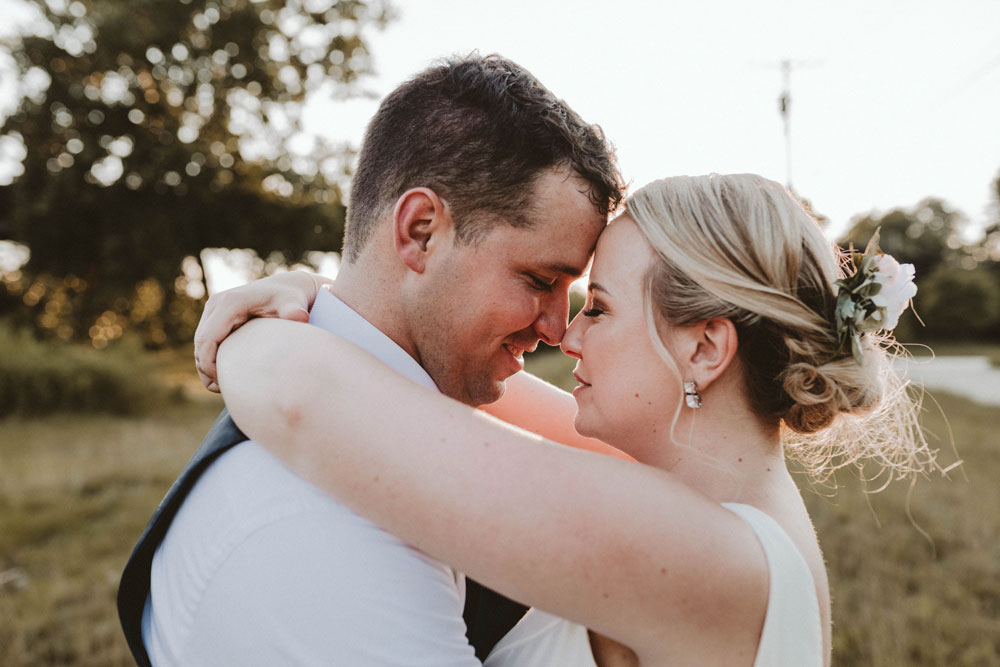 Brianne Sauers and her husband, John Wentz, wanted to participate in the traditional bride and groom gift exchange on their wedding day. But Brianne’s gift was anything but traditional.

Brianne, known for her great gift ideas, was having trouble coming up with something memorable for John for their wedding, so she turned to Dr. Emmett Brown from the 1985 film “Back to the Future” for a little inspiration.

“They are his favorite movies and in trying to think of a good wedding gift for him, I knew he wasn’t wearing a tux and he has a million watches and I kept trying to think of ideas without buying him another puppy,” says Brianne.

Google eventually lead her to a replica of Dr. Emmett Brown’s time machine: a 1982 DMC DeLorean converted on the inside and out to resemble the iconic car from the film — and, most importantly, it was available for rent. Brianne contacted the car’s owner, Rick Neumann, and he was able to commit to the wedding date.

“I had to keep it a secret from [John] for three months,” says Brianne, noting she previewed the surprise for him in a quote she wrote on a card prior to their ceremony: “Great Scott! We are getting married today!” 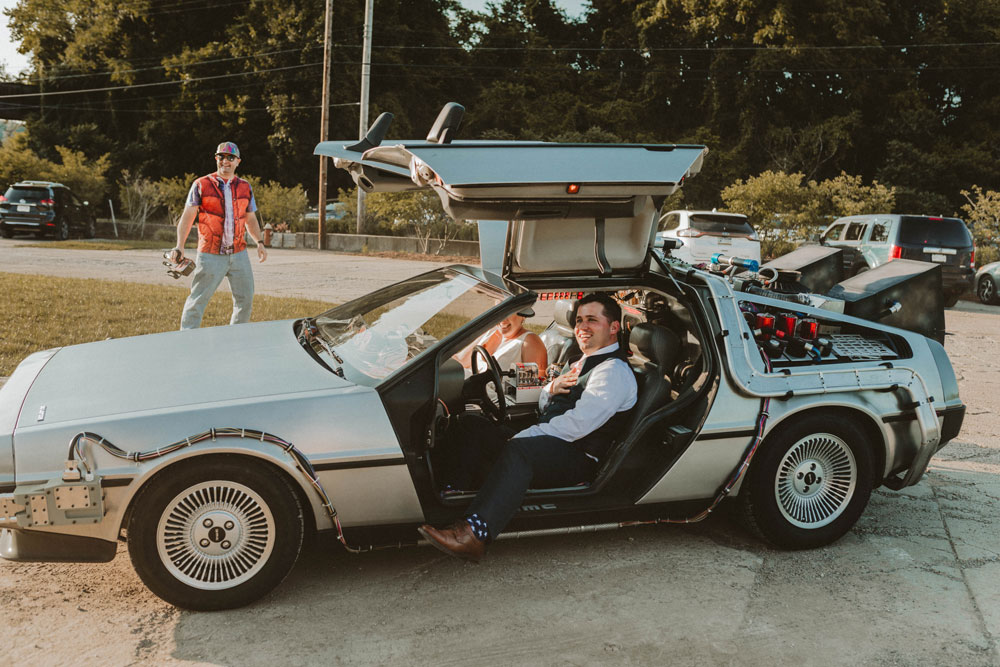 The scene was set for the surprise at their reception venue, RiverFront Weddings in Aspinwall. The DJ began playing music from the film, and the videographer and photographer took their places to capture John’s reaction. Brianne guided her husband to the reception door where the car sat just outside.

“He was in total shock,” says Brianne. “He kept saying, ‘What is this?’ He got to sit in it and go for a drive in it. I kept saying, ‘I am sorry you don’t have a physical gift.’”

But that was not a concern of John’s while he sat in the driver’s seat of the car from his favorite movies.

“It still meant a lot to him because it was a thought-out gift. It was so different and something unique and specific for him,” Brianne says. 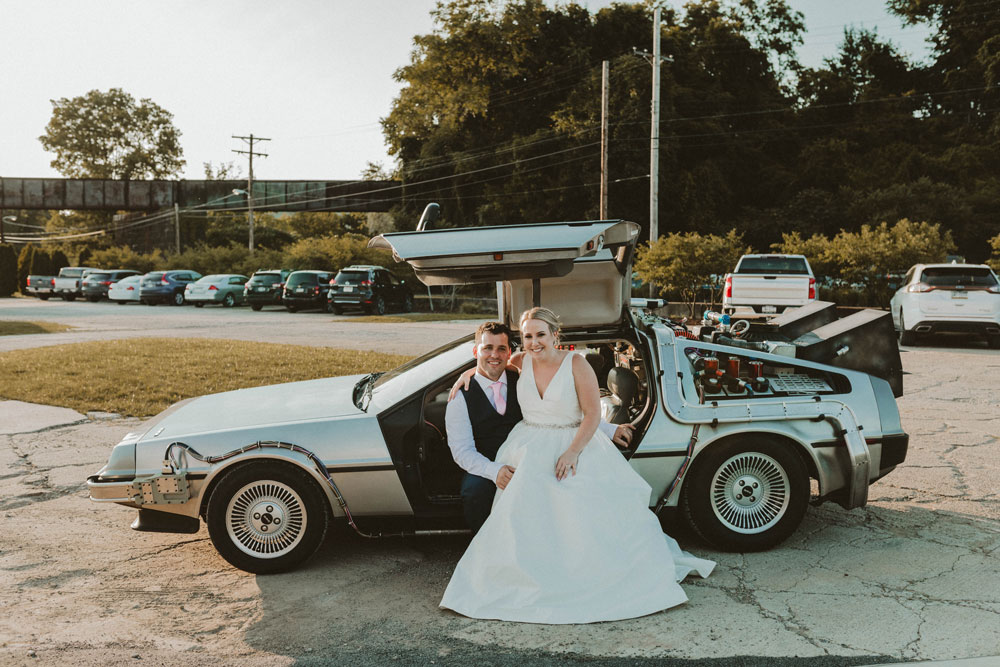 The gift John had gotten Brianne, while more in keeping with traditional wedding gifts, was equally thoughtful.

“He had gotten me a Tiffany’s bracelet that had a bee charm. My dad passed away a few years ago from multiple myeloma and always called me ‘Bee’ for Brianne. I have a bee tattoo as well. He wrote a note about my dad being there with me that day,” says Brianne.

Reflecting on the day, Brianne finds herself a huge advocate not only for a bride and groom gift exchange but also for couples to think about personalized experiences.

“Even though my husband doesn’t have a physical gift, he has all of those memories and pictures,” says Brianne. “We had to coordinate with our biggest vendors, so that was a little stressful but worth it. We are even going as the characters for Halloween this year to keep it going.”