Driftwood Oven became the primary provider of pastries and other food items for Commonplace Coffee on May 24. 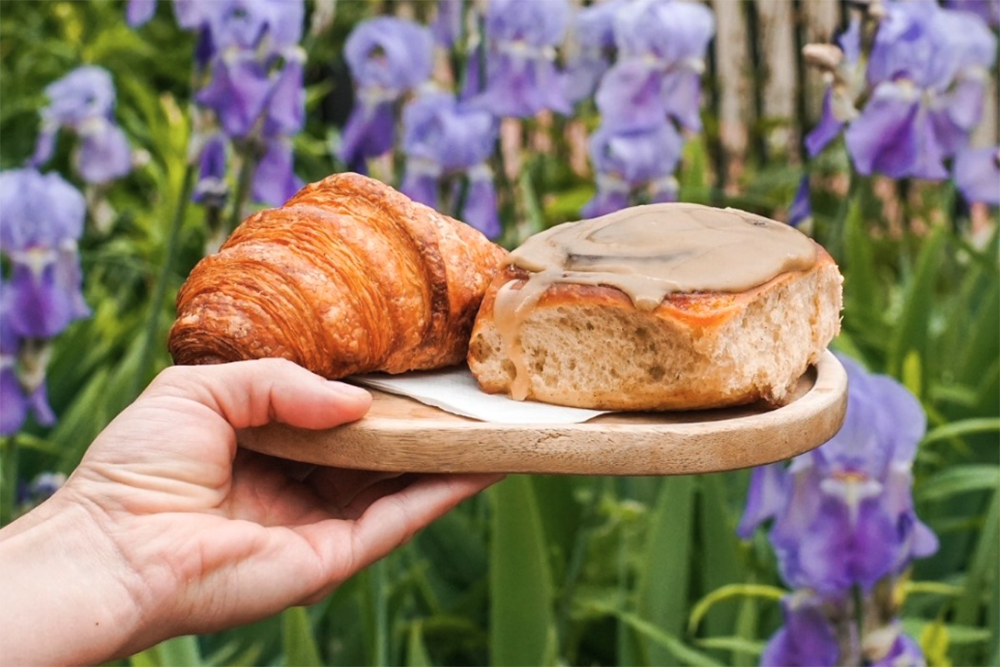 Chocolate croissants, a turkey club, a mixed green salad and more: These are all things that will be coming out of a new partnership between Commonplace Coffee and Driftwood Oven.

Commonplace Coffee, founded in 2003, is one of the cafes in town that roasts its own coffee beans (Its headquarters and roastery facility is on Washington Boulevard in Lincoln-Lemington). Earlier this week, the cafe announced the launch of a new partnership with Lawrenceville-based bakery and pizzeria Driftwood Oven, which has been serving up sourdough pies with its mobile oven since 2015 and at the brick-and-mortar shop since 2017. Driftwood Oven even earned a place among Pittsburgh Magazine Dining Critic and Food Editor Hal B. Klein’s 25 Best Restaurants in 2022.

As of May 24, the popular pizzeria became the primary provider of pastries and food for all Commonplace Coffee locations in Pittsburgh, marking a significant milestone for both parties.

“This collaboration, like many partnerships or relationships that we find ourselves in, grew organically from being in the food service industry. Driftwood was looking to expand its bakery program, and as we started to discuss options with Commonplace, it became apparent that the timing was perfect,” said Neil Blazin, owner and co-founder of Driftwood Oven, in a statement.

He added that the two companies share a similar set of core values, which makes collaboration easy.

Another offering will be the Commonplace roll, a new take on the classic cinnamon roll featuring a glaze infused with Commonplace coffee. Most of the food and pastry items will feature sourdough, too — a staple of the Driftwood Oven bakery.

“This is a big shift for us, but working with the team at Driftwood Oven over the past few months to create a menu that we’re both excited about has been an awesome experience,” said Robert Chaffin, Commonplace’s director of operations, in a press release.

Want to try a taste for yourself? Find a Commonplace Coffee near you.