A Smashing Success of a Wedding

This couple asked their guests to write down their favorite moments from their wedding and placed them in a pinata to be opened one year after their wedding.

After months of planning, the actual wedding day often seems like it goes by in the blink of an eye. Ashley Biega and David Peton wanted to make sure they captured every moment so they could remember them forever, and they came up with a unique way to do so: a piñata.

Growing up, Ashley’s mom always made her a piñata for her birthday. When planning her wedding, Ashley says that she knew she wanted to incorporate as many personal touches as possible, including the piñata tradition.

“However,” Ashley says, “when I thought about people swatting at a piñata after a few drinks, it seemed problematic.” 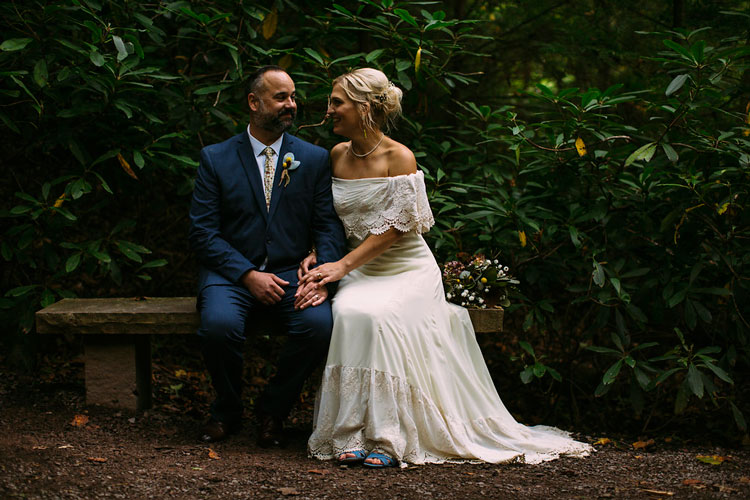 After brainstorming with her mother, they came up with the anniversary piñata idea. At the wedding, guests were asked to share their favorite memory of the day and place it in the piñata that was on display. On the couple’s one-year anniversary of their Oct. 1, 2016 wedding, they opened the piñata to relive those moments.

“We took turns reading one at a time,” Ashley says. “It was incredible to recall each moment.” 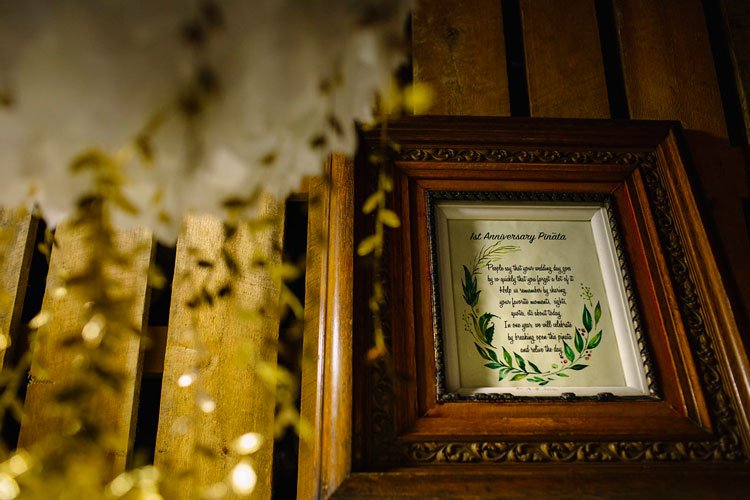 Some messages celebrated small details while others showed appreciation for more heartfelt moments.

“The flower girl was so cute. She was walking down the aisle, dropping her leaves and acorns and talking her way through it until she didn't approve of a piece of bark that was in her basket.  She tossed it to the side and finished the job,” one guest wrote.

Another guest wrote about a special first view of the bride, saying, “When my 3 year old grandson first saw the bride he whispered ‘it's a princess!’”

One guest at the wedding commented about how happy Ashley’s mother, who played a large role in the planning, appeared at the wedding: “I loved looking across the faerie-lights decorated room to see the BIG, spectacularly warm smile of the bride's mom as she laughed and chatted with your wedding guests. It was a lovely moment.”

Another message summarized the entire wedding day with hopes for the future by saying, “Hope you will remember your wedding for what a beautiful day it was. God made it perfect, and looking forward may all your days be this happy and memorable.” 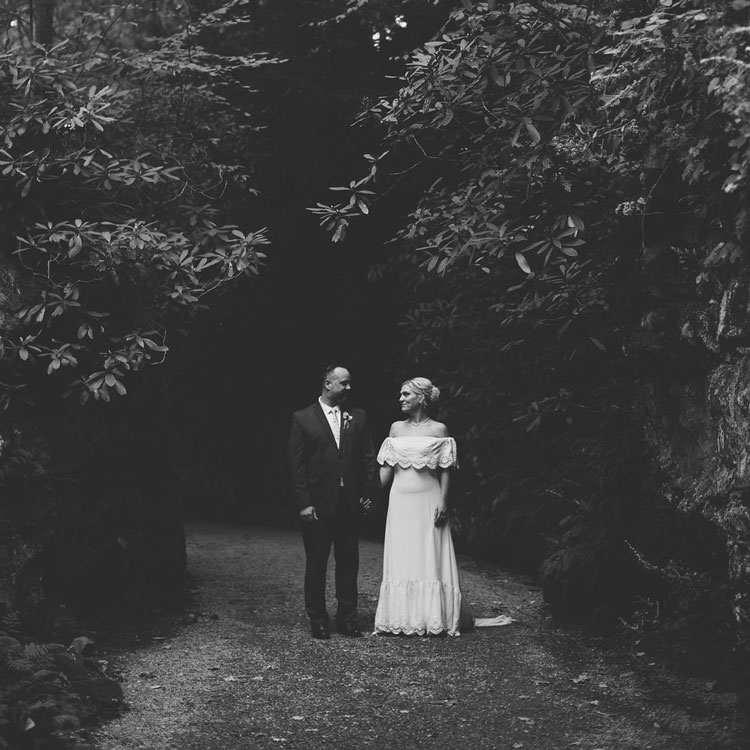 Ashley and David returned to Ohiopyle, where their relationship began, for their anniversary weekend and opened their piñata at the Barn at Fallingwater, where their ceremony took place.

“As a couple, we had this memory of how the day went, but it wasn't clear if everyone had the same experience,” Ashley says. “It was great to relive so many parts of the day and to know that our friends and family had a wonderful time.”