A Refreshing Action Flick and a Redundant Thriller

Reviews of "Free Fire," "Unforgettable" and "The Promise," plus local movie news and notes. 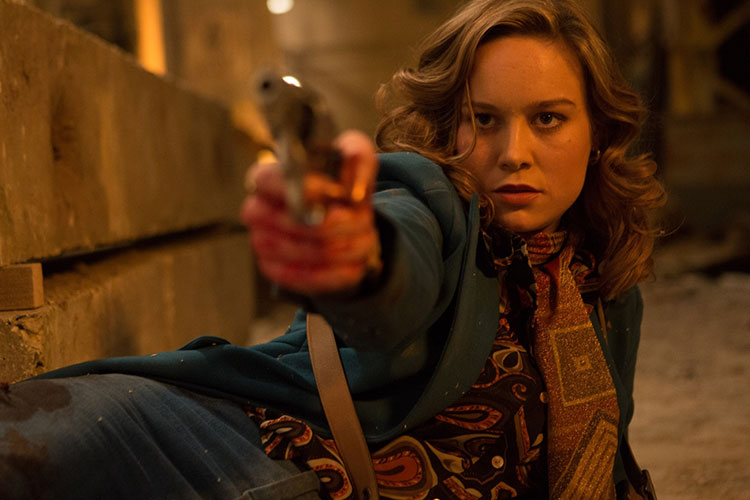 Photo by Kerry Brown. courtesy A24.

The premise of the action flick “Free Fire” is so refreshingly simple that it hardly matters what actually occurs in the film.

In an era of excess, globetrotting and bloated runtimes — especially in the action genre — “Free Fire” takes place in one location, in real time. Ninety minutes of moment-by-moment drama; no throwaways to other places, no jumps to the next day or week and certainly no jaunts to far-off lands. We show up, a movie happens, we go home.

The film observes a botched weapons deal between a group of buyers and a group of sellers; I’ll let viewers suss out the details and allegiances for themselves, but the cast includes Brie Larson, Sharlto Copley, Cillian Murphy and Armie Hammer, among others. In the first act, the pieces are set; in the second act, things go wrong and get messy; in the third act, we wait to see who’s going to walk out (relatively) unscathed.

I hesitate to criticize something so defiantly unbound to current convention — “Free Fire” should be praised just for doing what it does — but, admittedly, it could handle its limitations better. A good half of the film’s slim, 90-minute runtime is spent with characters shooting and crawling; revising who got hurt when could’ve added some juice to the middle portion. And there are a few too many bodies around; even with the benefit of a relatively small cast, you’ll be struggling to remember which side certain characters are on simply because you haven’t seen enough of them.

But genre fans and anyone looking for an alternative to the usual summer bombast would do well to seek out “Free Fire.” May there be more films like it — but not too many. I need these as an antidote, not a daily meal.

Seven or eight years ago, there was a brief period where Katherine Heigl tried to convince the world that she was likable and relatable. She’s not, of course; while she’s not a bad actress, watching her try to play a charming girl-next-door type is like watching one of those dogs that’s been trained to not go after a treat until it’s given permission. (It knows what it’s supposed to do, but it needs to fight every instinct in its being to get it done.)

So Heigl more or less went away for a while, and she’s now blessedly discovered a mode that suits her: Stern, steadfast and a little crazy. In “Unforgettable,” she plays the dangerously jealous ex-wife of a blank-slate brewery owner; he’s got a new flame, played by Rosario Dawson, and things are going to get increasingly unhinged over the course of the ensuing 100 minutes.

The movie isn’t much to speak of, moving and sounding like nothing so much as a Lifetime-network primetime suspense yarn — just with a (slightly) bigger budget and a few celebrities. Heigl and Dawson are both fine, but there’s nothing here worth paying for. You’ll come across it on some streaming service six months from now and half-watch it while playing with your phone. That’s about all it deserves.

There isn’t space here to fully wrestle with “The Promise,” a curious period drama from director Terry George. The film is set amidst the Armenian genocide, yet for most of its running time is a relationship drama; medical student Mikael (Oscar Isaac) is betrothed to Maral (Angela Sarafyan), whose parents are paying for his education, yet he falls in love with Ana (Charlotte le Bon) — who is in a relationship with American journalist Chris (Christian Bale). Meanwhile, war breaks out, to serve as something of an afterthought for the film’s first two acts and completely dominate the third. It’s an odd way of doing things, though I can’t fault the filmmakers for trying to find a new path to better illuminate this tragic stretch of history. The performances are quite good, and “The Promise” is lovingly presented. It’s a very unusual film, but not a bad one.

The Montage: A few days before the animated indie hit “My Entire High School Sinking Into the Sea” begins its premiere local run at Row House Cinema, the film’s writer/director, Dash Shaw, will host a sneak preview at the theater. The Tuesday-night screening will be preceded by a Q&A, and tickets are available for a post-show meet-and-greet session; click here for info … The next installment in the Denis Theater Foundation’s “Reel to Real” series will be the documentary “Deli Man,” scheduled for this Sunday night at the Hollywood Theater. And yes, deli sandwiches will be available. Click here for info … Take a look inside St. Petersburg’s Hermitage Museum in “Hermitage Revealed,” playing this Sunday at the Tull Family Theater … There’s never a bad reason: “Monty Python and the Holy Grail” returns through Sunday at the Harris Theater. Click here for info.