The pair enjoyed designing their special day with subtle nods to a favorite game. 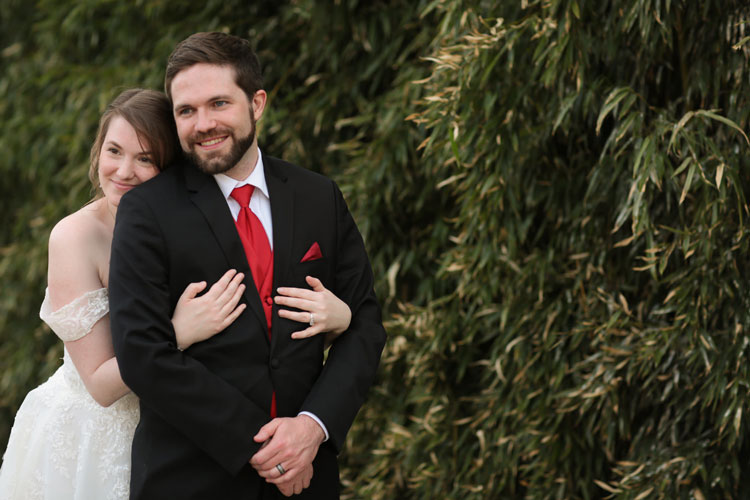 For Kristen Klessig and Drew Adam, a wedding centered around their love of video games just made sense.

They dated for four years before Drew proposed by setting up an online quiz of trivia for the game franchise Pokémon. After fielding a number of questions, Kristen got asked the most important one yet: “Will you marry me, Kristen?” The ring was in a Master Ball, an item from the game that players only get once.

“I said, ‘I only have one of these, and it’s supposed to work every time, so I wanted to use it,’ and asked her to marry me,” Drew says. 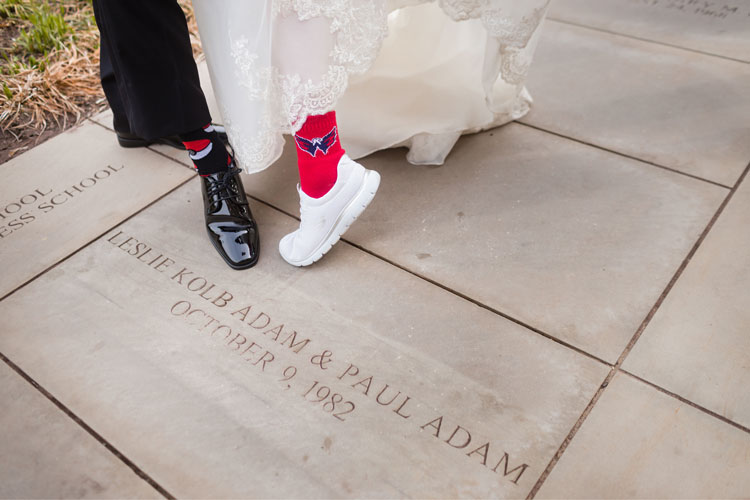 On April 30, they tied the knot at Heinz Memorial Chapel in Oakland, the same place Drew’s parents got married, before heading to Pittsburgh Zoo & PPG Aquarium for the reception.

While hosting their wedding at the venue was not directly a nod to Pokémon’s world of fictional animals, Drew decided to set up a water-type Pokémon-themed scavenger hunt for the guests.

Drew and Kristen also took advantage of the zoo’s offer of animal encounters during special events, choosing to have a snake and a chinchilla for guests to interact with; guests also got to observe the animals in their habitats.

“Did you know the cheetahs really like wedding dresses? … Like they will just follow them with their eyes. It’s the weirdest thing. But it was so cool. They were just staring right at me,” Kristen says. 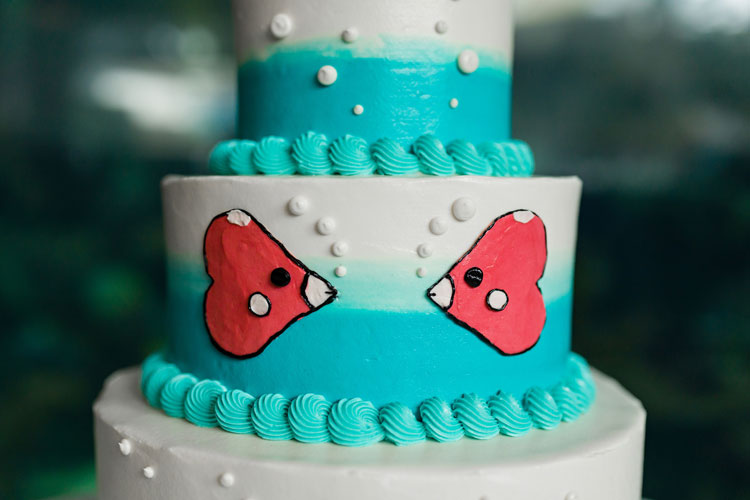 Drew designed a Pokémon Save the Date and the couple sent out Pokémon-themed invitations, but the wedding incorporated the game series more subtly to keep a classy look, Drew says.

Kristen says they wanted elements that were subtle enough that those looking for them could notice them, but they “weren’t too in your face.”

The wedding party wore red, black and white, the signature color of the Poké Ball, a device that captures the namesake fictional creatures. The groomsmen played the game as they got dressed in the colors, complete with Pokémon cufflinks and socks. 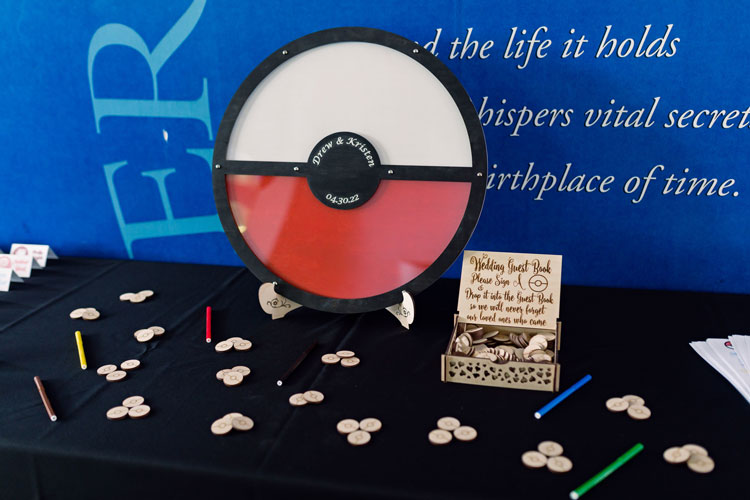 Guests were seated at tables with Pokémon “types,” elemental properties like water and fire associated with Pokémon, and each guest was assigned a Pokémon based on their personality. The guestbook was a large Poké Ball that guests could drop smaller signed Poké Balls into.