A Pittsburgh Wedding Fit for a Warrior

This Pittsburgh-area couple’s Warrior Wedding at Morning Glory Inn was a dream day — in more ways than one.

When Staff Sgt. James Martin danced with Renee Schomburg at their wedding on Oct. 15, it was a celebration of more than just their marriage and love. James, who was once paralyzed from the chest down, was able to walk, dance and celebrate his wedding in style, with a little help from some friends. 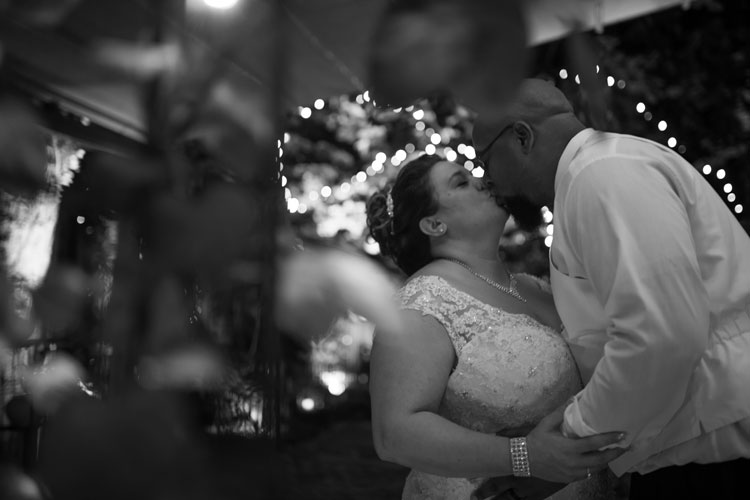 James enlisted in the United States Marine Corps in October 2000 at the age of 19. He was deployed for seven months for the initial invasion into Iraq in 2003 and again in 2005, but during his second deployment, when he was serving in Fallujah, James suffered multiple IED blasts that injured his back.

He worked through the injury and deployed once more to Afghanistan in 2012, where he served as the Operations Chief for Golf Battery, 2nd Battalion, 10th Marines. After his third deployment, James was assigned to 1st Battalion, 12th Marines in Hawaii.

Shortly after arriving in Hawaii, James’ life was forever changed. Because of all of the stress put on his back from training and from combat, as well as suffering from the IED explosions, his C4 to C7 vertebrae slid forward, pinching off his spinal cord. James was rendered paralyzed from the chest down. While James says that he wasn’t physically in any pain, everything in his career and personal life seemed to stop. The doctors told him that in order to walk again, he would have to quit smoking and go through several types of therapy, including physical therapy and aqua therapy.

“I had to learn to walk again and to do everything again,” James says. “I had to learn to button my pants and tie my shoes. I went from being physically fit, doing whatever I wanted, to not being able to do any of that.” 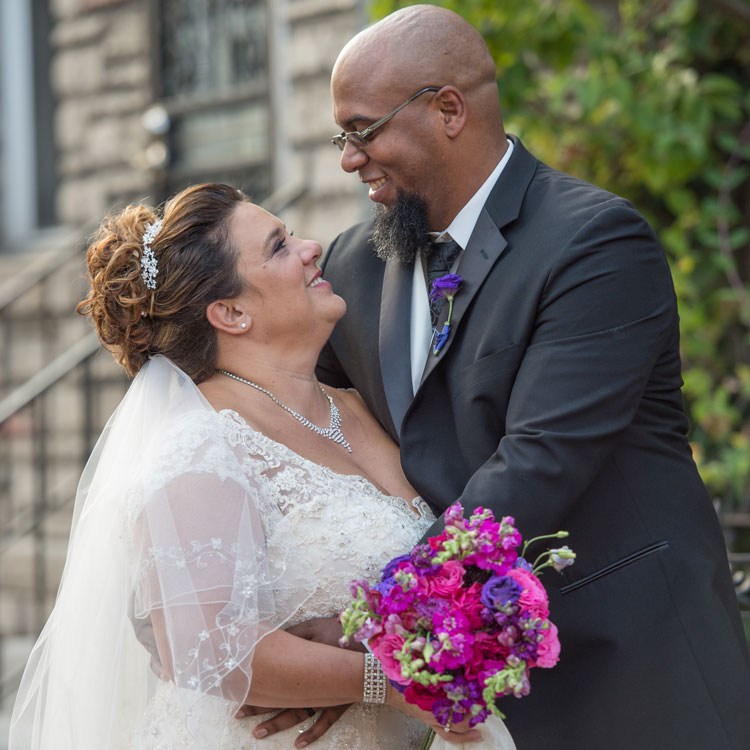 After two long years of medical procedures and therapy at Tripler Army Medical Center in Hawaii, James was able to walk again. In July 2015, after 15 years of service, James was retired medically from military service as a Staff Sergeant. He is a recipient of a Presidential Unit Citation, Iraq Campaign Medal, Afghanistan Campaign Medal, Global War on Terrorism Expeditionary and Service Medals, NATO Medal, Marine Corps Good Conduct Medal and a Combat Action Ribbon.

Upon his discharge, James moved to Virginia. Shortly thereafter, he came to Pennsylvania, where he’s from, to visit his father and his father’s fiancee, who were good friends with Renee. James’ father suggested Renee stop by to meet his son, and the two quickly formed a special bond.

James still walked with a cane and was dealing with all of his major life changes, and Renee had her own struggles as well — both had been through a divorce and had children from those previous marriages. The two would get together to ride motorcycles to unwind.

“We truly have a very open and honest relationship and have from the start,” Renee says. “James and I built our relationship on truth, friendship, trust and love of each other and love of family.” Shortly after, James moved back to Pennsylvania, and the two continued their relationship. 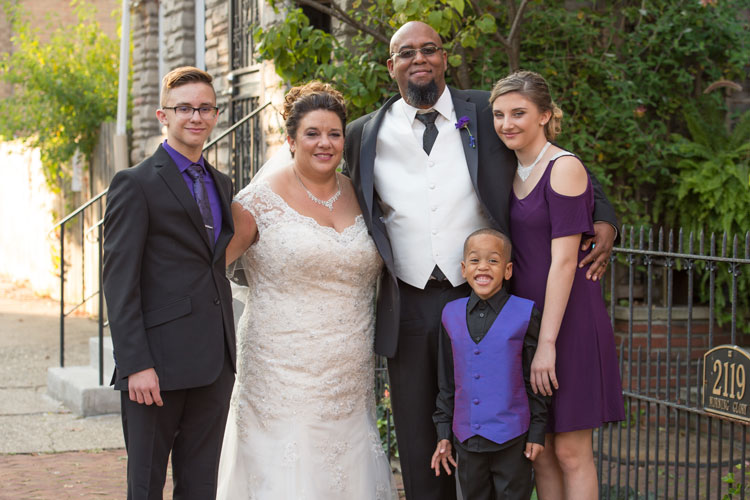 About a year and a half later, on Dec. 29, 2016, James proposed. James considers five of his military friends to be his brothers, and they are family to him, so he purposely waited for the opportunity to propose at one of their homes. James’ 5-year-old son was also present for the proposal, as were Renee’s two children.

“For the first time in my life, I know what it’s like to have a woman who’s with me, who’s my partner, we do this together,” James said to Renee during the proposal.

Brittany Smith, who owns Britt Smith Events in Morgantown, played a vital role in planning their wedding. Brittany has family and friends who are veterans, and she and her husband, Steve, were interested in finding ways to get involved and help veterans. They came up with the idea to throw someone a wedding, and Brittany reached out to the Wounded Warriors Project, a nonprofit that aids injured veterans and their families. After her idea was approved, she was partnered with James to plan his wedding to Renee.

Their wedding was unlike anything that they, or their guests, had ever experienced. Brittany says that she reached out to vendors, all of which were on board, and she got a great response from people willing to donate their time, services and products — the couple didn’t pay for any of the wedding themselves. The wedding was held at the Morning Glory Inn, which is owned by Dave Eshelman, who is a veteran himself. 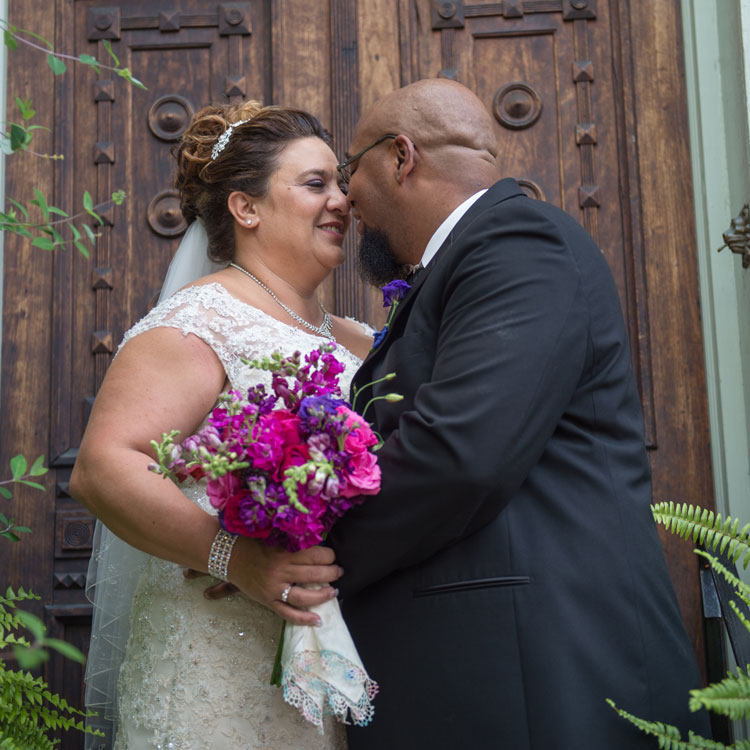 For the decor, Brittany had a simplistic idea. She says that the garden is beautiful on its own, and James and Renee had seen other people plan extensively for their weddings, but they were looking for simple things instead of extravagances, allowing for the day to be intimate.

“As beautiful as it was, it was simple at heart,” James says.

The premise of the Morning Glory Inn being a bed and breakfast allowed for an intimate and homely atmosphere that the couple was looking for. James and Renee praised Brittany many times for her planning skills and for putting the wedding together.

“Britt’s a monster,” James says of her planning skills. 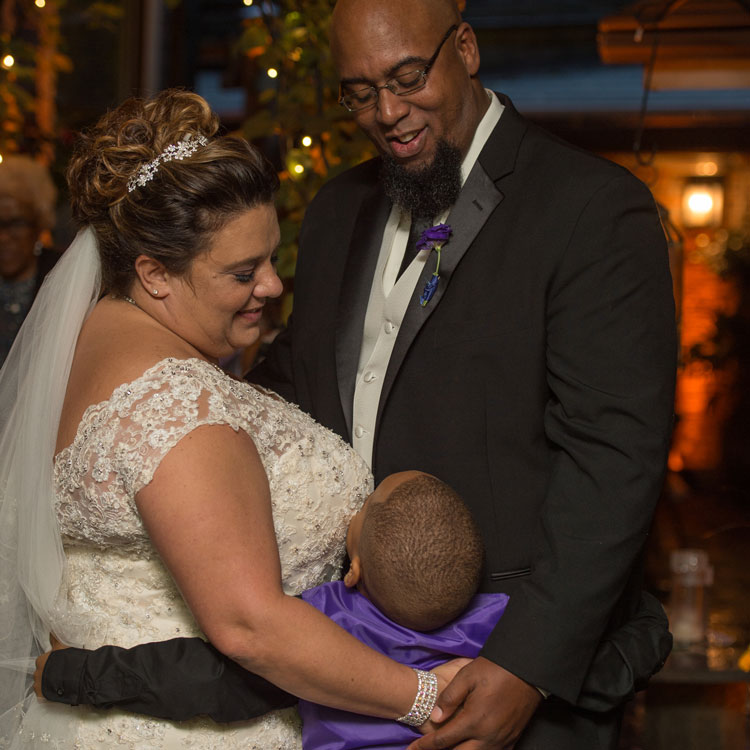 “It's funny because when people came to the wedding, they said they didn't even need the ceremony,” Renee says. “They said the place was filled with love and that you could just tell at how we look at one another and react to one another that we are in love. I had multiple people tell me that it was the best wedding and most loving and heartfelt ceremony they had ever been to.”

Overall, the wedding was a celebration of James and Renee’s love and the family that they have surrounded themselves with. The couple says that they are incredibly grateful for the opportunity to celebrate their wedding to each other in the way that they did.

“The wedding well exceeded any expectations I had,” Renee says. “I can’t even begin to say how I thankful I am.” 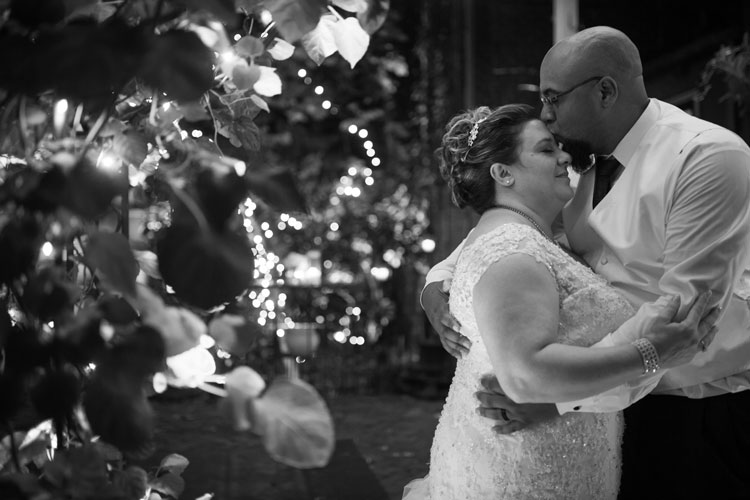