A Piece of Pittsburgh is Going to the Moon

You can vote on what symbol of Pittsburgh should be sent into space. 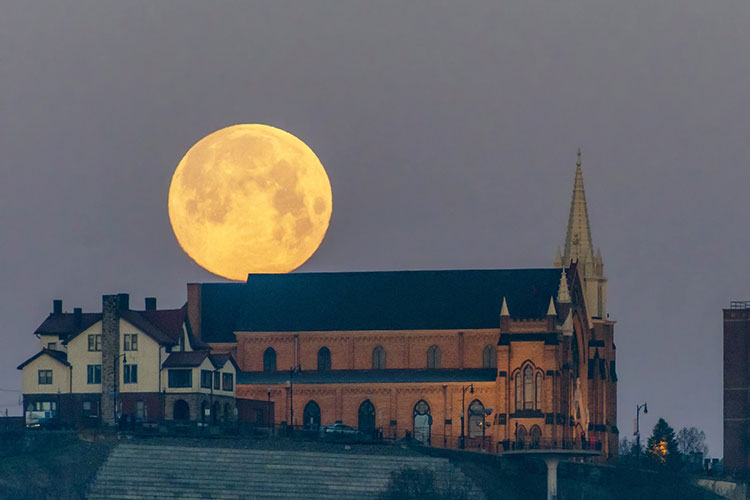 As The Heinz History Center prepares to close the traveling Smithsonian exhibit, Destination Moon: The Apollo 11 Mission, it already has the next big thing in motion: plans to send a piece of the Pittsburgh to the moon.

Pittsburghers can vote online to choose which item will make the trek aboard Astrobotic’s Peregrine Lunar Lander, which is currently on display in the history center.

Similar to a time capsule, the Astrobotic Moonbox program delivers a payload to the moon for companies, universities, non-profits, governments and individuals, where it will stay for centuries and provide a record of this time for future moon landings.

The Moonbox Program will be part of the first commercial lunar landing, set for 2021.,. Pittsburgh residents can vote for one of seven different items, or they can write in their own. Some of the items include a Heinz Pickle Pin, a Kennywood token and a piece of a Terrible Towel. Voting ends Wednesday, Feb. 13.

Astrobotic is a Pittsburgh-based company and an official partner of NASA. It was founded in 2007 by Carnegie Mellon University’s Red Whittaker (No. 36 on our Top 50 Greatest Pittsburghers of All Time list). Their goal, according to their website is to “make high-capability space missions practical for a broad spectrum.”

The Destination Moon exhibit in the Heinz History Center closes on Feb. 18.