After a seven-year search, Dave McCarroll will make his Pittsburgh debut in September. 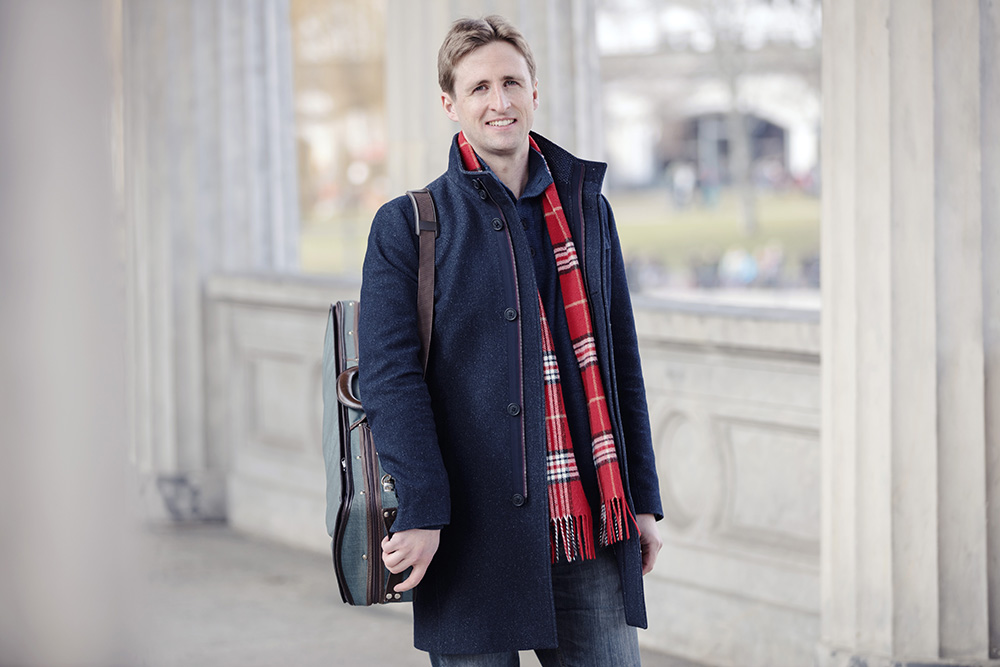 There’s soon to be a new face among the Pittsburgh Symphony Orchestra.

The Grammy Award-winning orchestra announced that David McCarroll has been appointed as its concertmaster — a prestigious position second in authority only to the conductor and music director, which for the PSO is Manfred Honeck.

“It was clear to me from the first opportunity I had to work with David that he possessed all the characteristics we have been looking for in a great concertmaster for the Pittsburgh Symphony Orchestra,” Honeck said in a statement. “He is respected throughout our industry as a world-class violinist who makes a deep impact wherever he plays.”

The PSO has been searching for a concertmaster for seven years after Noah Bendix-Balgley left in 2015 to become concertmaster of the Berliner Philharmoniker. The responsibilities of the position have been filled by associate concertmasters and guest musicians.

As an accomplished violinist, California native McCarroll has performed regularly in concert halls around the world and frequently plays at chamber music festivals including Marlboro, Lucerne and Schubertiade. Recent performances have included Stravinsky’s violin concerto at the Konzerthaus Berlin, touring with Musicians from Marlboro, and performances of György Kurtág’s “Kafka Fragments” for violin and soprano.

He was also the winner of the 2012 European Young Concert Artists Auditions and plays on an A&J Gagliano violin made in 1761.

“We are delighted to welcome David McCarroll to the Pittsburgh Symphony after a long and extensive search and audition process. Winning this audition is a notable endorsement of confidence by Manfred Honeck, the musicians and leadership,” said Melia Tourangeau, president and CEO of the PSO, in a press release.

The search, spearheaded by the orchestra’s vice president of artistic planning Mary Persin, was an extensive one filled with “many outstanding candidates,” Honeck explained. But McCarroll made “an immediate and profound impression.” The decision to offer him the job was made unanimously by the concertmaster committee.

“David is an exceptional leader, a brilliant technician, an accomplished chamber musician who plays with great musicality and a generous and character-filled tone … He will bring great leadership through his collegial spirit and superb musicianship,” Honeck added. “I am thrilled that David is joining us and look forward to making music together for many years to come.”

McCarroll will hold the Rachel Mellon Walton Concertmaster Chair starting with the 2022-2023 season. He’s scheduled to join the orchestra for its European tour in August and will make his Pittsburgh debut at the PSO’s gala concert in September, which marks the official opening of the season.

In addition to music, McCarroll maintains an active interest in social concerns, including the needs of those impacted by the AIDS pandemic, and is currently working on projects of the Starcross Community to help AIDS orphans in Africa.