One wanted to elope, the other wanted a big celebration. Find out how this bride and groom compromised with a party that rang in the New Year in style. 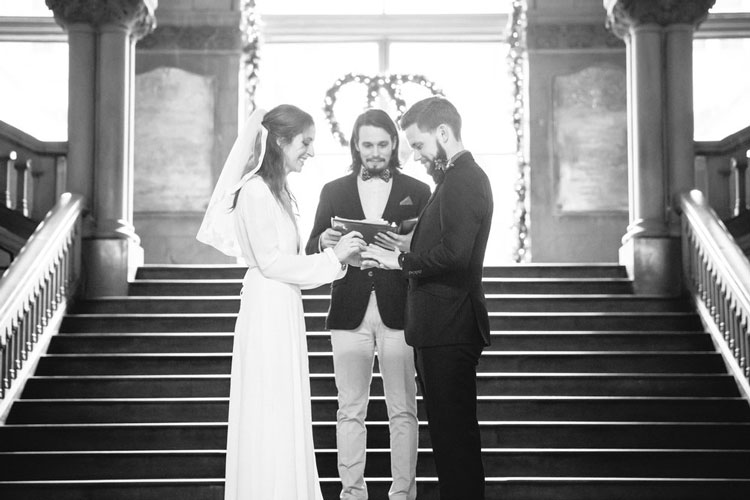 Caitlin Harpster and Alex Toner were looking for the perfect wedding ceremony to fit Caitlin’s desire to skip the wedding — and Alex’s need for a more traditional experience.

The couple, Caitlin, a director of development at the Mattress Factory, and Alex, a records manager at the University of Pittsburgh, met through mutual friends at a bar in Lawrenceville in April 2013. On their third anniversary, which also happened to be Caitlin’s birthday, Alex proposed.

“He took me to the BNY Mellon building, up to one of the executive floors, which had a beautiful view of Pittsburgh,” says Caitlin. “He told me we were there to get professional couples photos taken, something we had never done, for my birthday, and then once we got to the window that overlooks the city he pulled out the ring.” 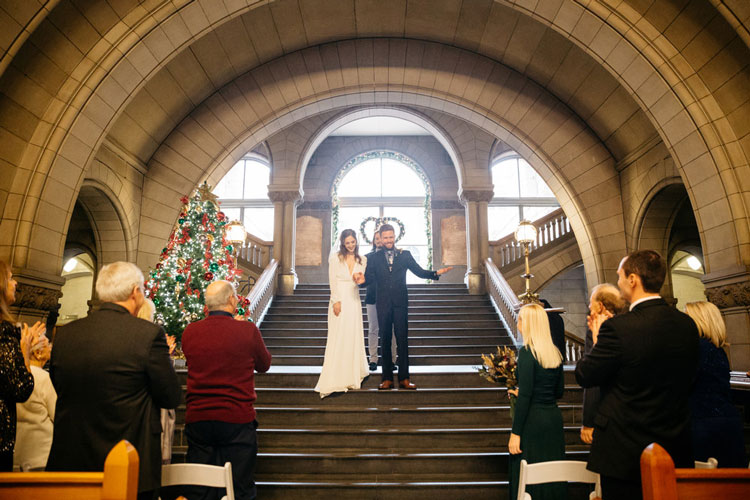 Caitlin never dreamed of having a big fancy wedding, and when Alex proposed she was ready to walk to the courthouse and sign the papers. Her fiance, on the other hand, wanted the more traditional experience. To compromise, the couple decided on a “modern-day” elopement, followed by a weekend-long celebration.

On Dec. 30, 2016, after six months of planning and booking an appointment at the Allegheny Courthouse, the couple gathered with close relatives for a self-uniting ceremony and exchanging of vows led by one of Alex’s close friends. The morning started with the bride- and groom-to-be getting ready at Hotel Monaco. They dressed in more “modern” wedding attire; Caitlin wore a simple yet elegant dress from Reformation and Alex a blue suit and tie.

The following night the couple rented the abandoned Carnegie Free Library of Allegheny on the North Side for a New Year’s Eve dance party with their friends and family.

“We weren’t going to do traditional wedding things like cutting the cake, so we needed an excuse to celebrate, and New Year’s Eve was a great way to bring everyone together for a party,” says Caitlin. 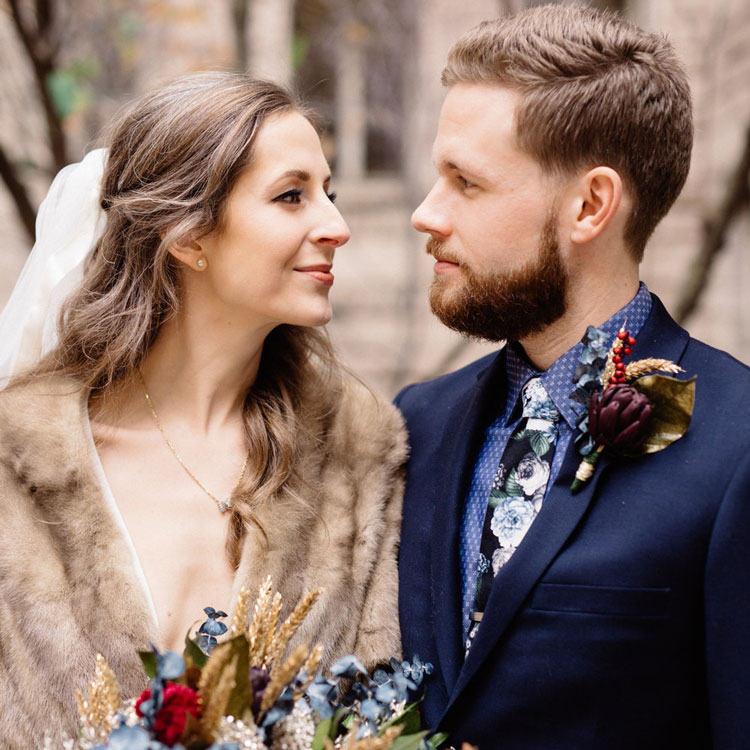 “We exchanged personal vows because we knew everyone was expecting to see some wedding aspect,” she says. “I thought the rest of the night was going to be a dance party, but my husband had surprised me with an original song he had written for me.”

With their one-year anniversary approaching, Caitlin and Alex are planning a trip to travel across Thailand, Cambodia and Vietnam. “We didn’t go on a honeymoon after our wedding so we are really looking forward to it,” says Caitlin. 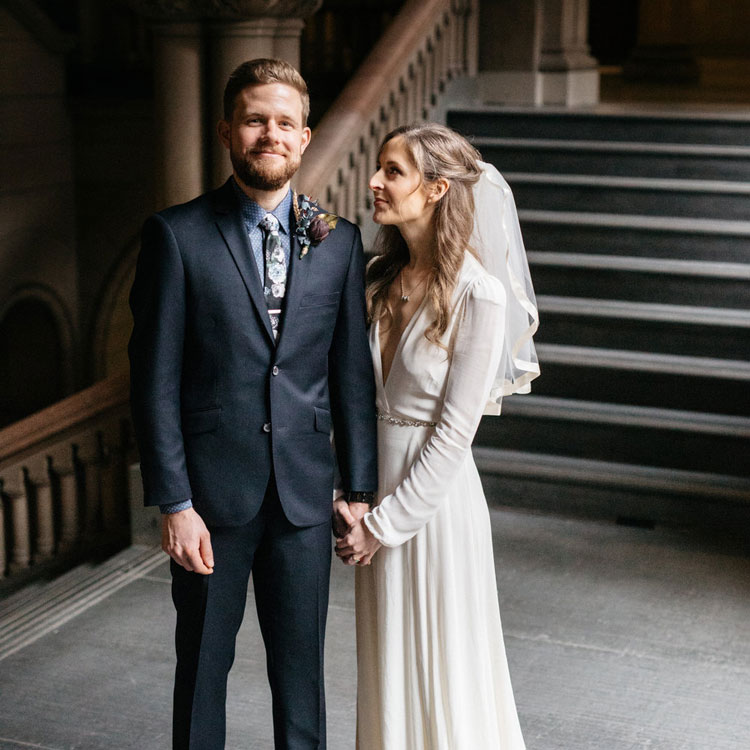