A Food Truck for Your Dog Has Rolled into Pittsburgh

The Rollaway Dog Cafe puts a nutritional twist on their pet-centric menu, dishing out at festivals and street fairs across the city. 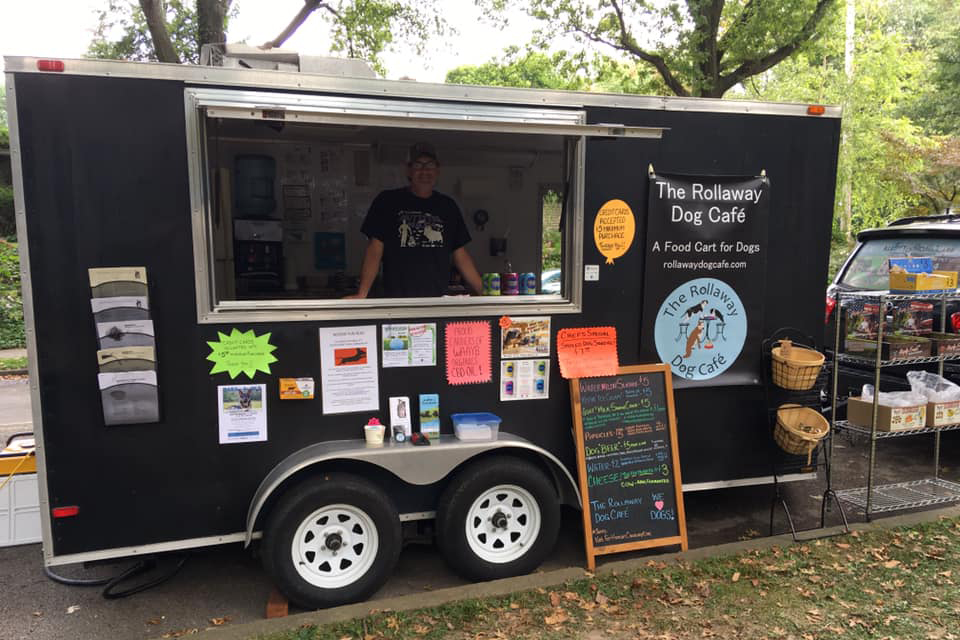 At public events, refreshments for pets are often limited to a single communal water bowl. Thanks to the Rollaway Dog Cafe, pups can dine in style — and from their very own food truck.

Since its May 2018 debut, the Rollaway Dog Cafe is making frequent stops through Pittsburgh this fall — including recent appearances at events such as Lucky’s Festival, Barktober Fest and the Fall Furkid Festival in South Side. The cafe serves its ‘Good Boy’ dog beer and frozen pupsicles at public events and street festivals, (or for private parties upon reservation).

Straub, who has a degree in wildlife biology, noticed her animals were often sick and frequently prescribed medications while on a traditional diet of dry dog food. It inspired her to open The Holistic Pet Nutrition Center in Harmony, Butler County. After visiting the store with an interest in improving her own pets’ health, McStay became employed as a manager at the center — combining her previous culinary background with a newfound passion for pet nutrition.

Lanieweski, who owns an in-home pet service called All Pet and Home Care, met and befriended the pair after becoming a regular at Straub’s store. McStay had a food cart that she and her husband dreamed of converting into a mobile cafe, but after learning about pet nutrition at Straub’s store, she got the idea of creating a food truck for dogs. 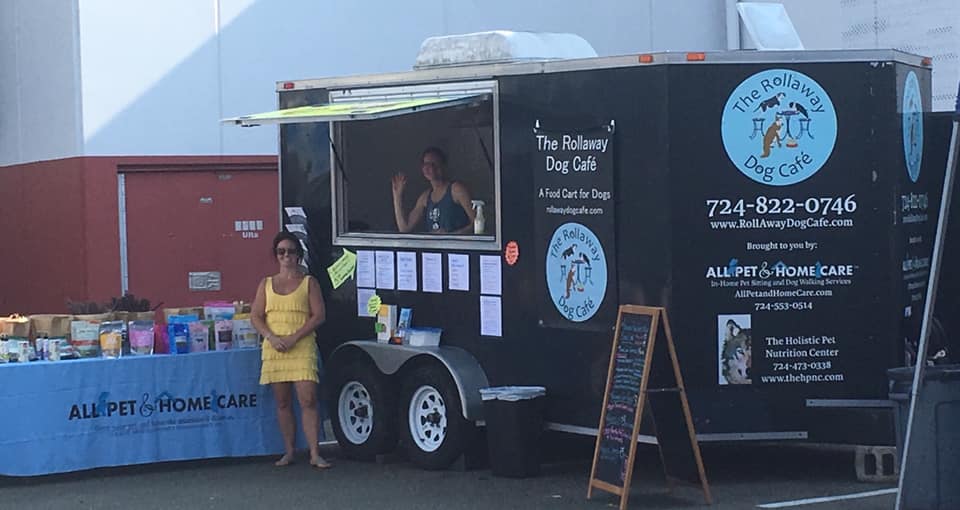 Their menu now hosts a range of edible options for pets. Items such as ice cream and snow cones sound good enough for a human to eat, while others — such as small-batch freeze-dried hearts — only a canine could appreciate.

A bulk of Rollaway Cafe’s offerings are locally sourced, and all are meant to have a prescriptive value for pets — many contain ingredients such as kefir, goat’s milk and bone broth, which all target health issues ranging from allergies to digestion.

“Our whole motto with everything that we offer is food is medicine,” McStay says. “Everything has a nutritional base for it. Everything is made specifically for pets.”