Two shelter dogs took each others’ paws in marriage at the Cupids and Canines fundraising event. 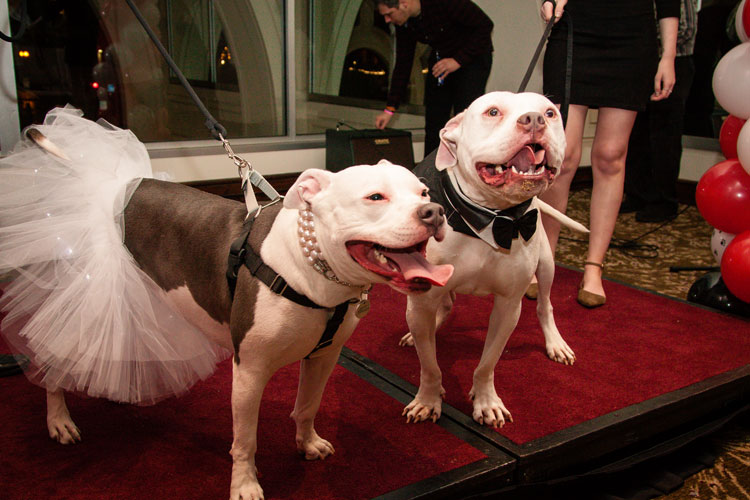 It was a match made in dog heaven when Annie met Valentino.

The two White Staffordshire Bull Terriers tied the knot at the 11th annual Cupids and Canines fundraising event on Feb. 17 at the Westin Convention Center, Downtown with Annie in a tulle skirt and pearls and Valentino sporting a bow tie.

Both dogs were adopted into families from Humane Animal Rescue in 2016 and are said to have immediately hit it off after meeting.

“They got married this year because they got engaged last year,” Jordan Murray, Camp Bow Wow franchise owner, says with a laugh. 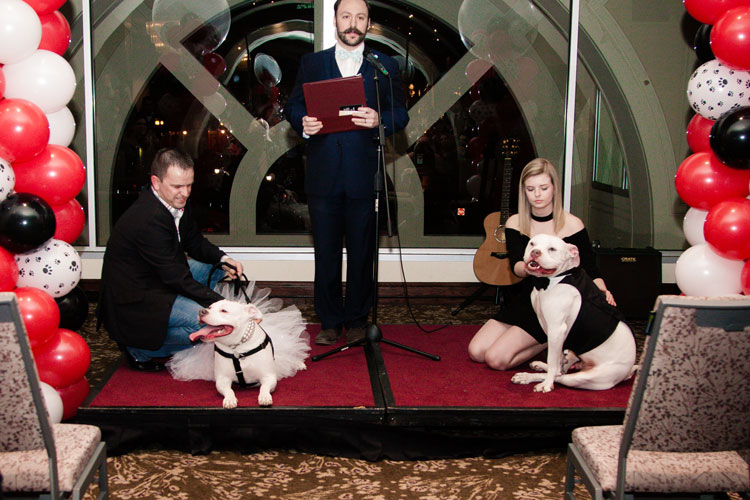 After the wedding, guests participated in table games and silent and chance auctions. The grand prize of the night was a trip to Las Vegas donated by Camp Bow Wow.

Murray says the fundraiser started in 2007 when the franchise suggested that Cupids and Canines would be a cute fundraising idea around Valentine’s day.

The franchise owner says the turnout was “surprisingly good” the first year, so the company decided to go with the idea again. After a successful second run, Murray decided to add a Monte Carlo theme, which has stuck with the event since. The venues have ranged from a church to PNC Park to, this year, the Westin.