A Familiar Face Spins the Wheel on “The Price is Right” 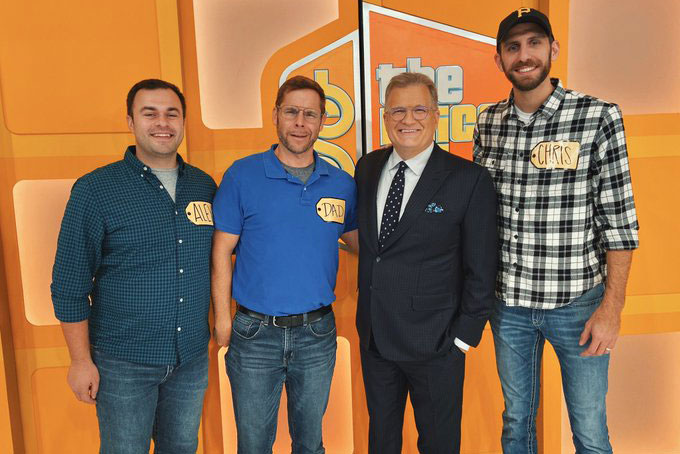 While plenty of Pittsburgh families have appeared on “The Price is Right,” the most iconic Dad in the city finally got his chance to spin that famous wheel.

Appearing in the audience last week, Pittsburgh Dad took the stage after the show. While not a contestant for the main portion of the episode, Dad was able to give a shoutout to his family and to one of his favorite Steelers’ coaches.

Today! And although he’s not a contestant, Dad did get to give the wheel a spin after the show. https://t.co/ZsX9Aww2nK pic.twitter.com/4mwxHQdLfp

For the uninitiated, Pittsburgh Dad is portrayed by Curt Wootton, who produces the internet series with Chris Preksta. Wootton’s character was inspired by his late father, Keith Wootton.

Pittsburgh Dad announced his appearance on the game show in December via Twitter, sharing a picture of himself with host Drew Carey. The two made light of the rivalry between Cleveland and Pittsburgh, taking lighthearted jabs at each other.

In 2014, Pittsburgh Dad made a parody about “The Price is Right.”