With a victory Saturday over the Chicago Blackhawks, Sullivan became the winningest coach in Pens history. The celebration afterward had everyone in stitches. 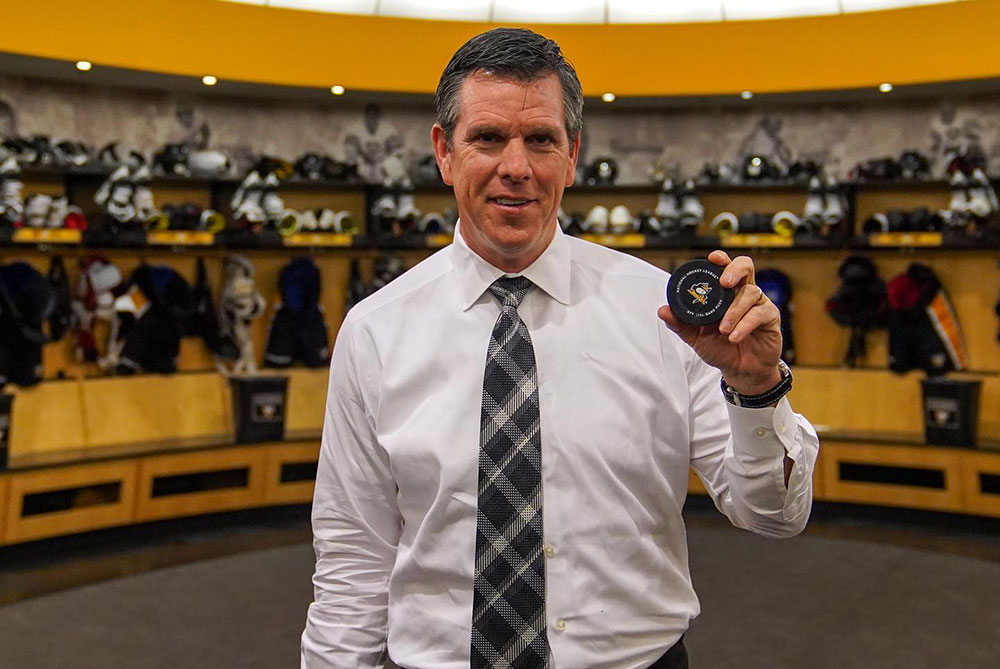 The admiration the Pittsburgh Penguins have for Coach Mike Sullivan was on full display Saturday night in the locker room after the Pens dispatched the Chicago Blackhawks, and their former goaltender Marc-Andre Fleury, 5-2 in the home opener.

With the victory, Sullivan became the winningest coach in Pens history. The celebration afterward had everyone in stitches.

Sullivan was busy handing out honorary pucks to rookie forward Drew O’Connor for his first career goal and Brock McGinn for his first goal as a Penguin when Sidney Crosby, still recovering from wrist surgery, entered the room with one more puck for the coach himself.

That’s when the silliness started. ⇓