A Chemist in the Cookhouse 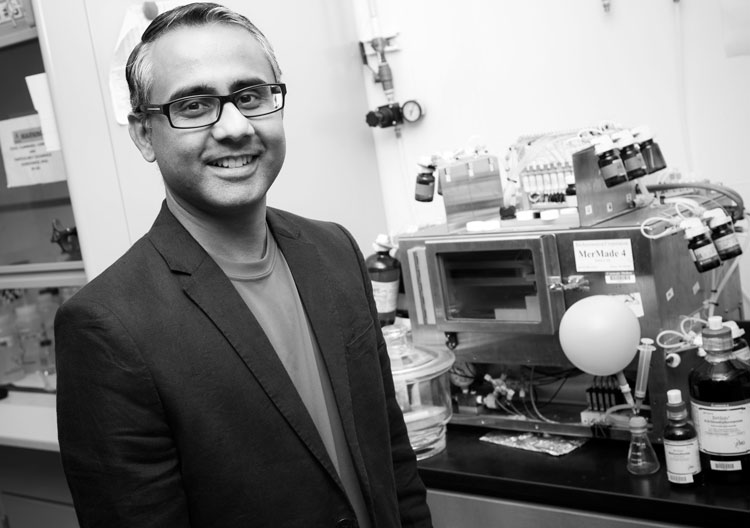 Subha Ranjan Das, a 44-year-old associate professor of chemistry at Carnegie Mellon University, is an expert on modifying DNA and RNA as well as creating synthetic versions of those fundamental building blocks of life. His passion for the essentials of life, however, goes beyond labcoats and test tubes into aprons and frying pans.

“I want to get kids to understand the basic properties of chemistry. I thought I could do something interesting in a novel way by getting them to do that through food,” he says.

To that end, Das started The Kitchen Chemistry Sessions in 2009. These classes introduce scientific principles through the discovery of how water, fats and lipids, carbohydrates and proteins, and aroma, taste and sensation work with food.

Das, raised in Africa by parents of northern Indian heritage, traveled to India for his secondary education. It was there that he first learned how to cook. “If you wanted chicken you’d go to a guy and he’d pluck it and you’d have to do the rest yourself,” he says.

In 1994, Das moved to the United States to pursue a Ph.D. in chemistry at Auburn University. He came, he says, “with a pressure cooker in my suitcase.” When he moved to Chicago in 2000 for post-doctorate research, his passion for cooking deepened.

“I became active on LTHForum [a wonky, food-focused message board] in Chicago. I started posting there because I wanted to learn how to write with a better style of English,” he says. 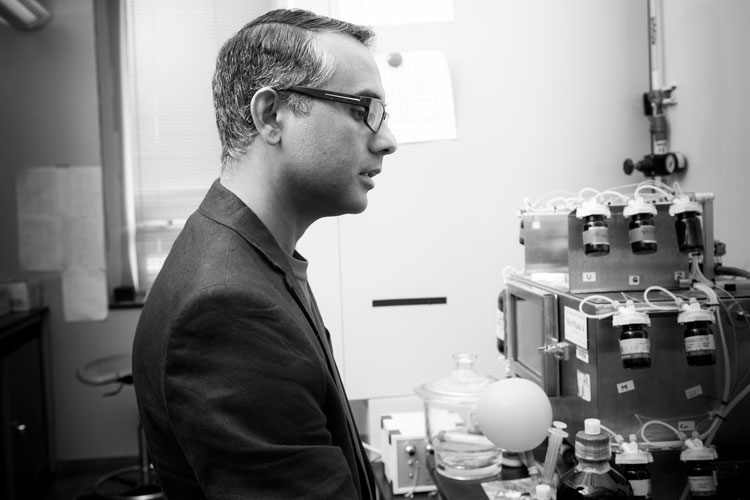 Along with an exploration of barbecue, (“more of an art than a science”), Das began to look into molecular gastronomy — the science-based cooking process later made popular by chefs such as Grant Achatz and “Modernist Cuisine” authors Nathan Myhrvold, Chris Young and Maxime Bilet. “When I looked into how they were doing it, it was very straightforward. Of course, I have a chemistry background,” jokes Das.

Das says that because underlying laws of chemistry and food science overlap, gastronomy is an engaging platform for learning what could otherwise be seen as tedious science. “Molecular gastronomy is high sensory impact. What you see versus what you taste versus what you expect can be mismatched, and that leaves an impression.”

Although he plans on continuing his professional research in DNA and RNA, Das also is thinking of starting some research in the experience of eating. “You can actually measure chemical signatures. Those don’t change. But your perception of that is very subjective and does change.”

Microwave Chocolate Cake in a Mug

This is something I’ve been giving out to students at the end of The Kitchen Chemistry Sessions course. In the first class, I go over how a microwave works and how efficient it is in heating up water in particular. At the end of the course, I make this and give them the recipe as a reminder that even simple dishes and recipes have significant science concepts.

Directions: Mix flour, sugar, cocoa and salt. Mix remaining ingredients with solids until there are no lumps. Lightly oil (or use a oil spray) a large coffee mug. Pour cake batter into coffee mug. Microwave on high for 3 minutes at 900W or 2 minutes, 20 seconds at 1300W.

Note: One large egg is approx 40 – 45g, and results in a slightly eggy cake. If using soymilk, use only half the amount of egg, or skip egg altogether and increase soymilk for a vegan version. Without the egg it will be more dense and brownie-like.