A Beginner’s Guide to ‘Hamilton’: Everything You Need to Know

The hit musical opens in Pittsburgh January 2019, and local fans are ecstatic. So what’s the big deal? 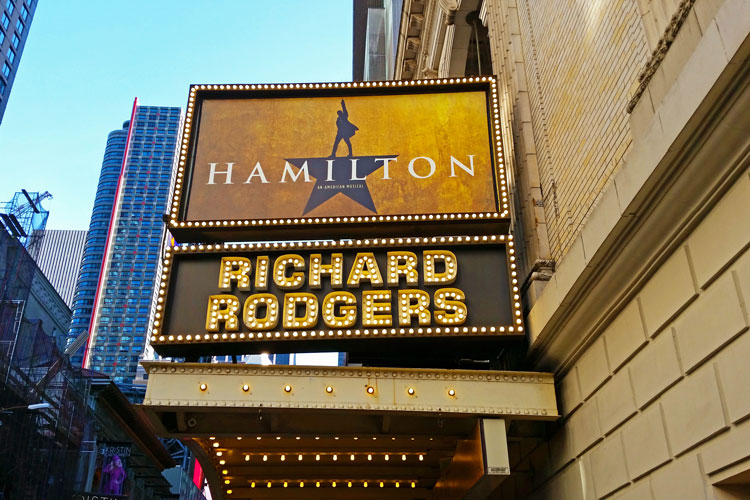 Over the past year, you’ve probably seen the humble (or not-so-humble) brag on your Facebook feed of someone securing tickets to see “Hamilton” on Broadway. It’s arguably the biggest musical in the country right now, sweeping up 11 Tony awards in 2016 alone and raking in around $1.9 million a week in sold-out ticket sales.

Starting Jan. 1, 2019, Pittsburghers can become members of the “Hamilton” cult as it journeys to Pittsburgh's Benedum Center on PNC Broadway’s next season of musicals.

Although tickets are not yet on sale, the show comes to Pittsburgh Jan. 1-27, 2019. Here’s why you should get excited about the show coming to the Steel City.

What’s it about?
The musical is based on the life of Alexander Hamilton. Writer Lin-Manuel Miranda was reading Ron Chernow’s biography of the American statesman in an airport when he started to envision it as a Broadway show.

Hamilton's life story is portrayed by a multicultural cast. Miranda condenses — and sometime interprets —  the storyline in Chernow's book, weaving it into a groundbreaking musical.

What’s the music like?
Much of the soundtrack could be categorized as hip hop. There are certainly some more traditional Broadway songs thrown in, but a sizable chunk of the story is expressed through rap.

There is some profanity and marital infidelity in the musical, but nothing that goes beyond the realm of PG-13.

What’s it cost to go?
“Hamilton” tickets are notoriously difficult to score in New York. Second-hand, it’s not uncommon for a ticket to an upcoming performance to sell for around $1,000.

From the Broadway box office, a ticket for the next available show (Nov. 28, as of this writing) goes for $399.

Hopefully the Pittsburgh show’s tickets won’t be selling for New York prices, but anticipate a similar level of scarcity. Details on when tickets will be available to purchase can be found on Pittsburgh Cultural Trust's website.

So how can I get tickets to the Pittsburgh show?
The details of when tickets are going to go on sale and how much they’ll be are still up in the air.

If you’ve never purchased a musical ticket before and have questions about the process, visit the Pittsburgh Cultural Trust’s Ticketing FAQ.

And while you’re waiting for “Hamilton,” maybe check out some of the other shows the Cultural Trust has to offer.