8 Places You’ll Want to Discover Not Far From Pittsburgh

Point a compass north, south, east, west and everywhere in between. We chose eight destinations, each within a few hours' drive of Pittsburgh, with lots to explore at every step. 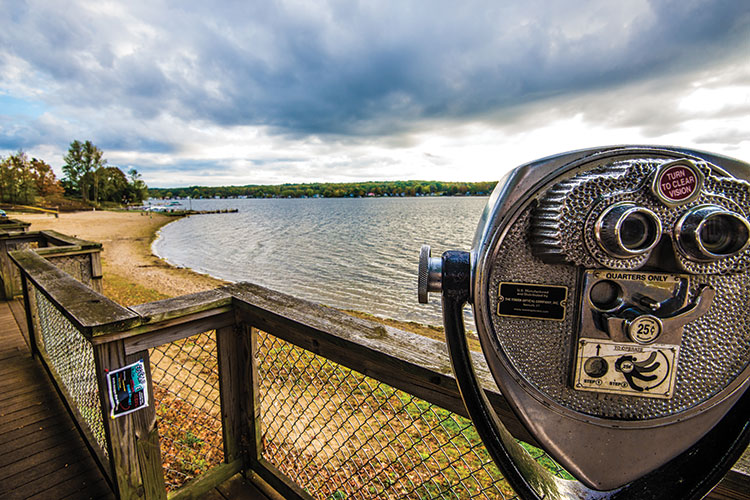 Conneaut Lake Park may be Pennsylvania’s most haunted amusement park. Founded in 1892 as Exposition Park (more a showcase for local livestock and machinery innovation), it was later renamed to reflect its transformation into a tourist destination with rides and hotels. The lakeside park was a big draw at first, but competition from other parks and multiple fires have plagued Conneaut Lake Park over the years. In 1943, lightning struck the historic Hotel Conneaut and a large portion of the structure was destroyed. The park seemed doomed as owners came and went and debts mounted. 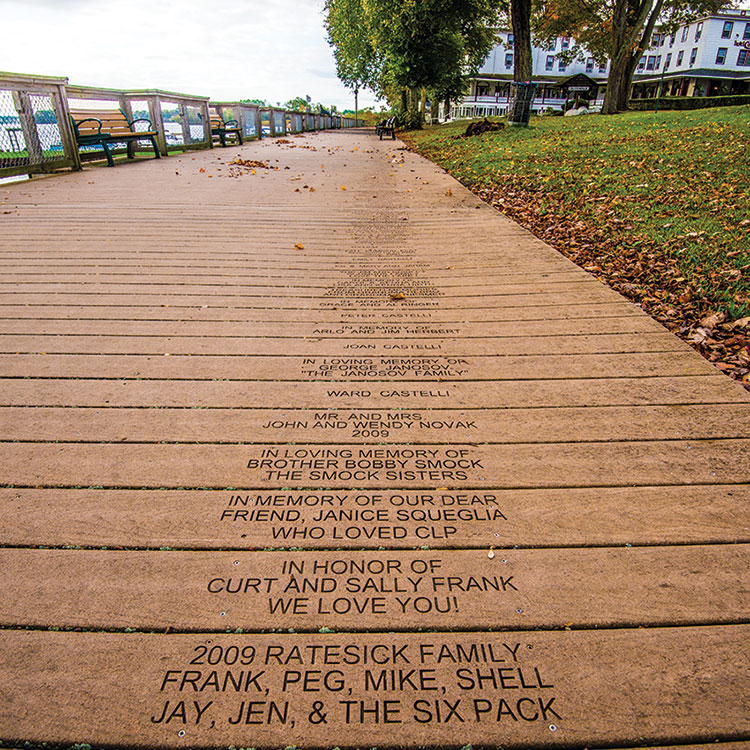 In 1997, Conneaut Lake Park became a not-for-profit public trust, and improvements were made. The renovated Blue Streak roller coaster was classified “historic” by the American Coaster Enthusiasts, and a water park was added. The park’s 2018 season begins on May 26. 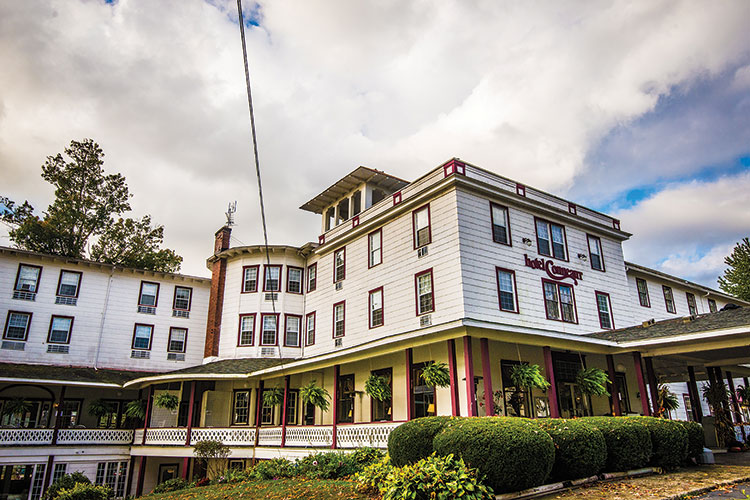 But the Conneaut ghosts never left; a bride named Elizabeth, who supposedly died in the 1943 fire, has been seen walking the halls at the Hotel Conneaut, and the book “The Ghosts of Hotel Conneaut and Conneaut Lake Park” sparked phantasm fever. The annual autumn Spiritual Expo promises sightings, readings and hobnobbing with fellow ectoplasm enthusiasts. Like Elizabeth, you may never want to leave. 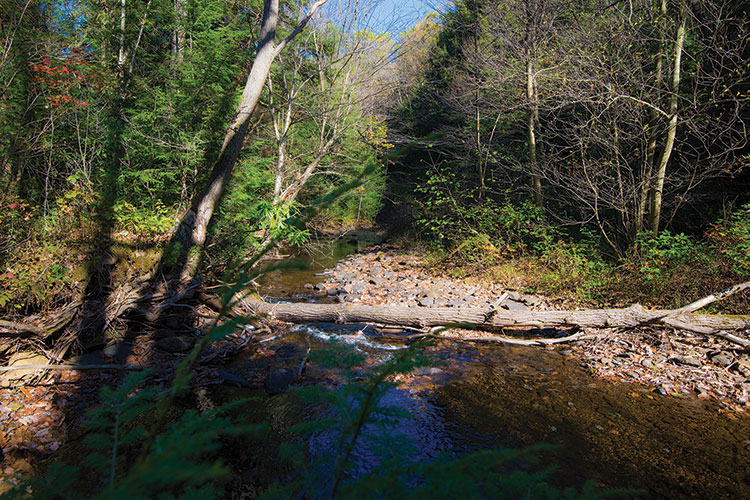 The Moshannon State Forest owes its grand beauty to 19th-century conservationists who had the foresight to rethink generations of forest management, where wildfires, clear-cutting and species depletion by lumber companies had all but devastated thousands of acres of Pennsylvania land. In 1897, the Pennsylvania General Assembly passed legislation to authorize the purchase of “unseated lands for forest reservations” for the creation of a state forest system. The first tracts for Moshannon (derived from the Native American “Moss-hanne,” or “moose stream”) were purchased the following year. 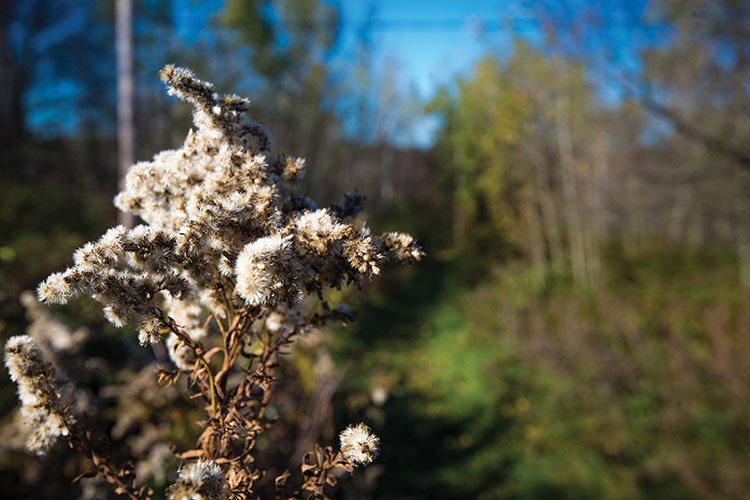 Moshannon spreads across 190,000-plus acres and boasts 244 miles of connected hiking trails, with the Quehanna Trail being the largest. Looping in the Moshannon and Elk State forests, the Quehanna stretches 75 miles through second-growth forests of birch, oak, cherry, hickory, maple and chestnut trees. Hikers and campers can check out the special osprey viewing program to take part in population counts. 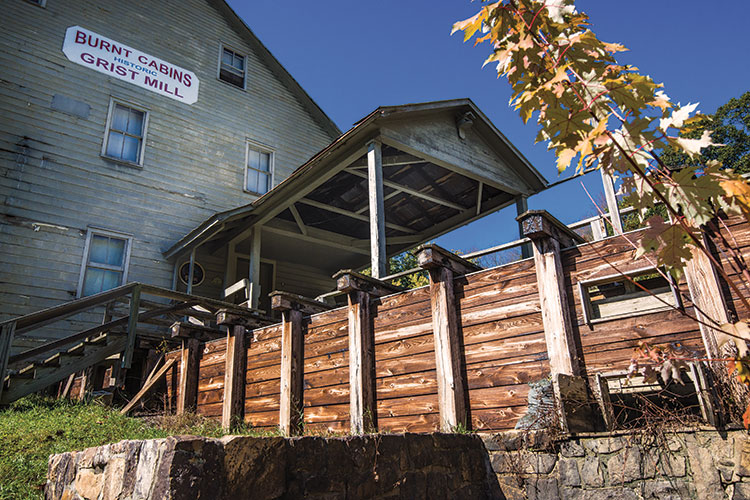 Around the time of the French and Indian War, Native Americans co-owned the land by special treaty with European settlers. But roving squatters erected simple cabins in the area — as many as 11 in the Sidneyville hamlet — hoping to claim the property as their own. To maintain the peace with their Native American neighbors, the provincial settlers dispatched a squad of men to burn the squatters’ cabins and drive them away.

And the name stuck.

The Burnt Cabins village, which soon grew to 44 buildings on 50 acres, is now listed on the U.S. National Register of Historic Places. The 1750s-era grist mill contributed greatly to the village’s fortune, and visitors can still see the mill at work and purchase pancake and waffle mixes and flours at the general store. 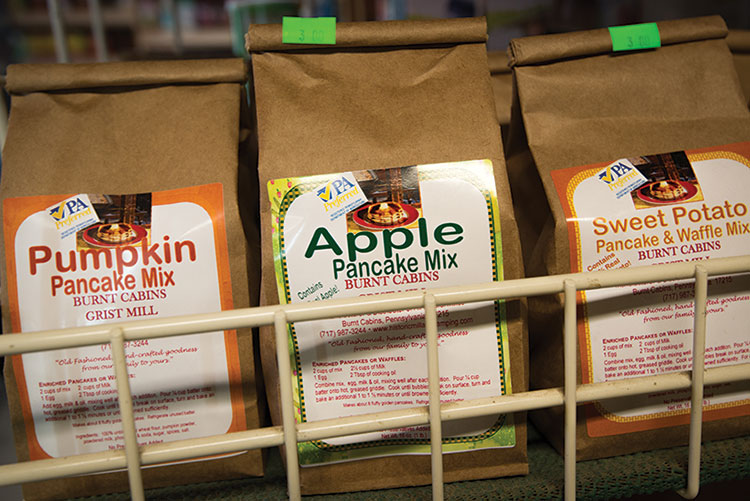 You can’t eat in, but take home a bag or five of the Burnt Cabins pancake mixes. Buttermilk, buckwheat, apple — you can’t go wrong, and the retro bags of
old-fashioned hard candies can keep you company on a lonely road.
582 Grist Mill Road, Burnt Cabins, Pa.; historicmillandcamping.com 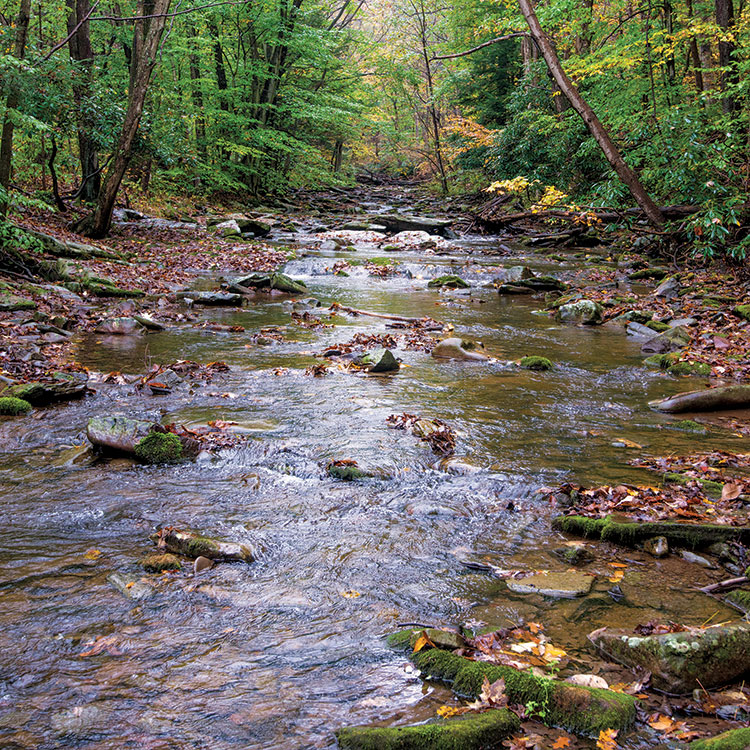 The short loop trails of Savage River State Forest are great for the lazy strollers among us. From Mudlick Run (.6 miles) to Mt. Aetna Loop (3.2 miles), these moderate-difficulty trails meander through forests of red and white oak and hickory over lands once used as hunting grounds for Native Americans who lived along the Potomac River. Look for specially designated biking trails along the way. 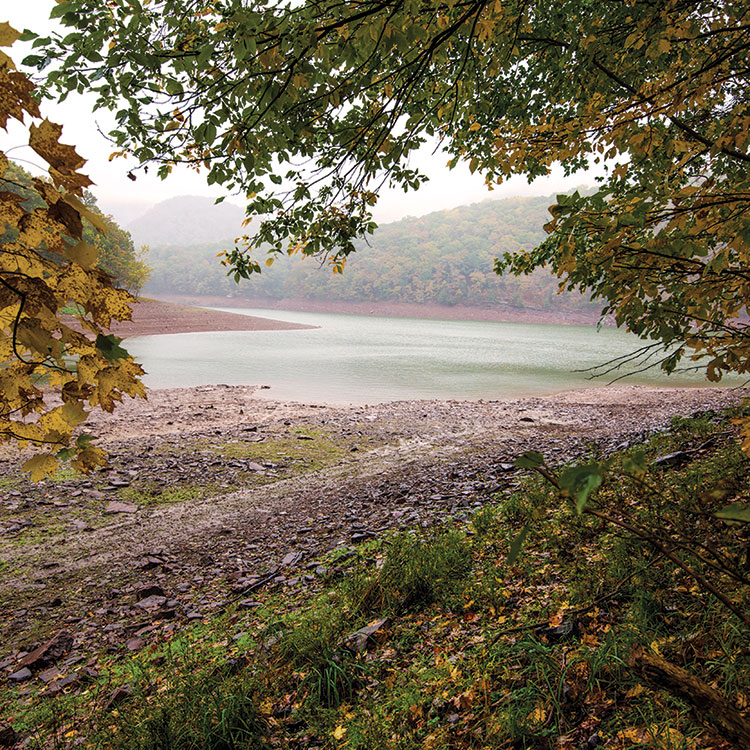 Keep the binoculars and journal at hand. Ovenbirds — small songbirds of the warbler family with Dutch oven-shaped nests — make their home here, along with indigo buntings, red-tailed hawks and great-horned owls.

Trout fishing is a popular pastime at Savage River State Forest. Step into Savage River Outfitters for gear or to book a full-day wade trip with fly-fishing demonstrations. 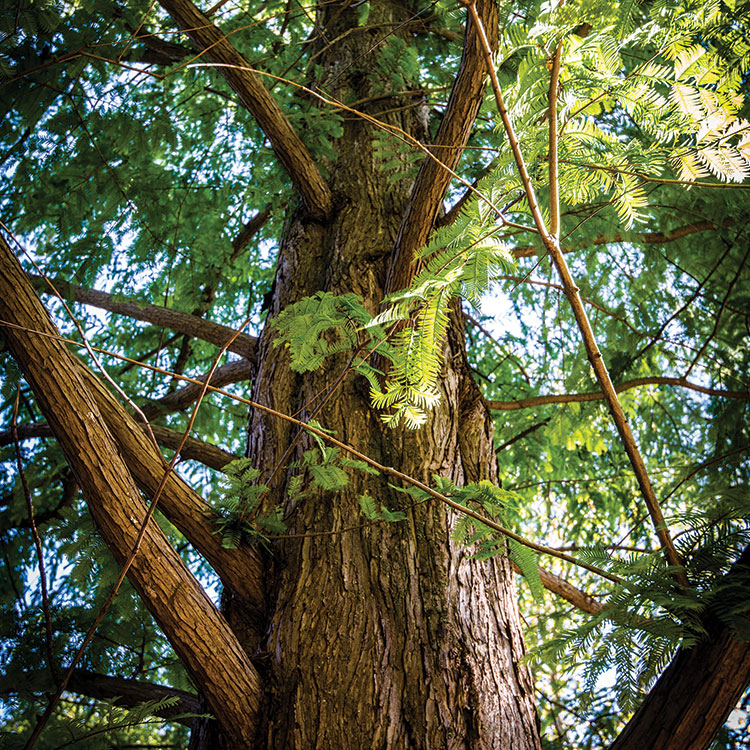 The West Virginia University Department of Biology manages the Core Arboretum, 91 acres of walking trails and old-growth forest along the Monongahela River. The elevation drop of about 200 feet makes both hillside and floodplain habitats possible to see in one setting. Popular with WVU students and locals alike, the trails explode with wildflowers (Virginia bluebells, dwarf larkspur, great white trillium, plume lily, Jack-in-the-Pulpit) in the spring and fox squirrels race through the oak and hickory canopy overhead.

The arboretum was established in 1948 as an outdoor laboratory for teaching and research. Look for the remains of a small coal mine that operated on the Cliff Trail long ago.
Special events at the Core Arboretum include Pawpaw parties, National Moth Week and Nature Connection guided walks and talks. 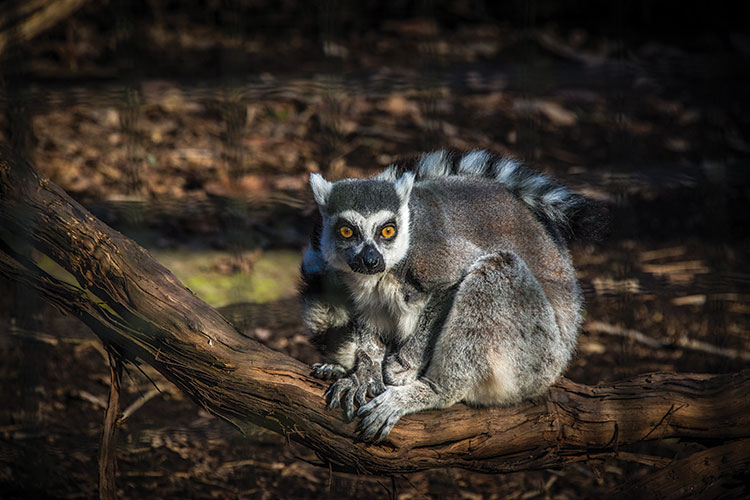 Start your safari on the historic C.P. Huntington Train, which whisks you on a 1.5-mile journey through the Oglebay Good Zoo. Fifty-plus species of animals make this their home, including 20 that are rare or endangered. Up-close and interactive encounters are available with ring-tailed lemurs, reindeer, kangaroos, wallabies, meerkats and more. Or get a taste of farm life at the Red Barn with friendly donkeys, goats, llamas, cows and barnyard fowl. 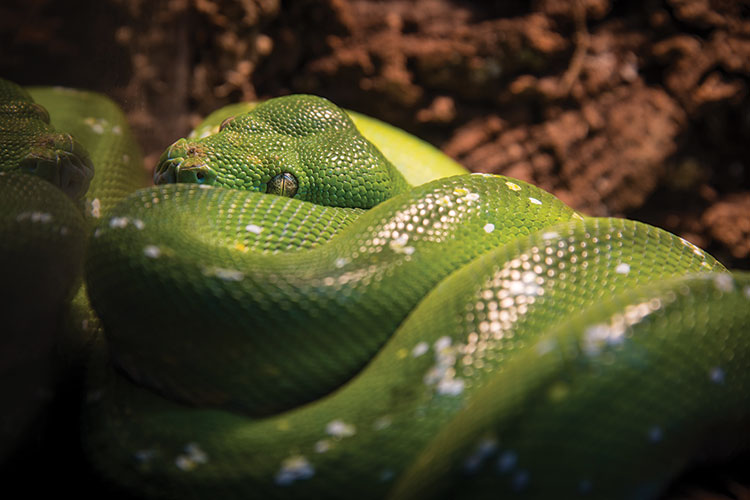 April events at the zoo include “Slithering Snakes,” “Become a Zookeeper” and “Busy as a Bee.” 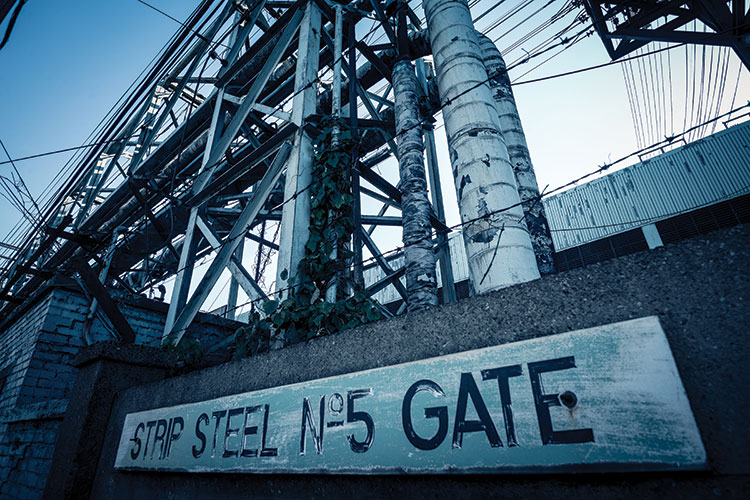 Centuries ago, an artist knelt on the east bank of this long, narrow island and chipped away at the flinty, flat river rock until an etching of two majestic sandhill cranes, necks crossed and wings spread in a mating dance, appeared. The petroglyph and a nearby burial mound mark Browns Island as a site once occupied by the prehistoric Adena culture, known for imposing burial mounds and highly skilled carvers.

Named for Revolutionary soldier Richard Brown, who owned and farmed it, the island passed through many hands over the years before being purchased by the Weirton Ice and Coal Supply Co. in the 1940s and later Weirton Steel, which built a massive coke plant there in the 1970s. On Dec. 15, 1972, workers at the plant detected a gas leak; minutes later, an underground explosion killed 19 men and injured others. Coke production continued into the 1980s, but the site is now used as a storage plant for Weirton Steel.

Take a walk on Main Street between towering remnants of industrial might. If you’re the type to bypass babbling brooks and waterfalls in favor of a rusty, post-apocalyptic landscape, Browns Island is for you. 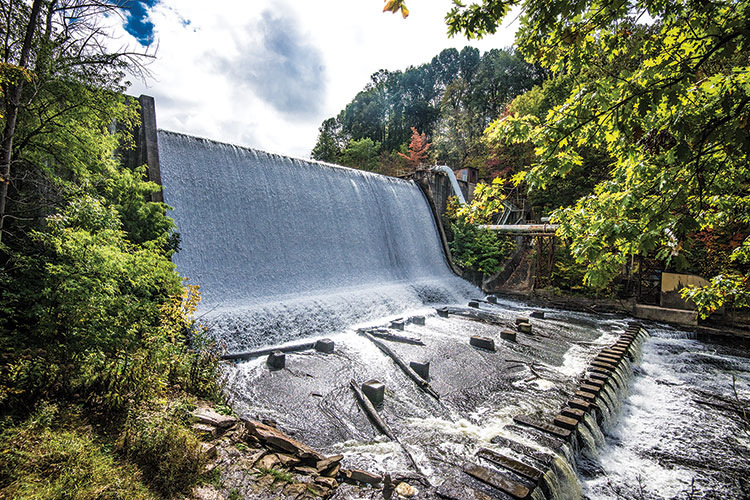 Brandywine Falls is the main attraction at Cuyahoga Valley National Park, a spectacular, 65-foot waterfall that once powered a saw mill built by George Wallace in 1814. A grist mill and woolen mill soon followed. The Brandywine Gorge Trail leads from the Inn at Brandywine Falls (built in 1848 by George’s son, James, and now an elegant bed-and-breakfast) down to creek level. In the spring, salamanders occupy small vernal pools along the trail to breed, and eastern hemlocks dot the landscape as you descend. Don’t miss the Mary Campbell Cave, also known as Old Maid’s Kitchen, a soaring natural rock formation where young Mary Campbell took temporary shelter with her Delaware tribe captors in 1759 before being returned to her family in Pennsylvania in 1764. 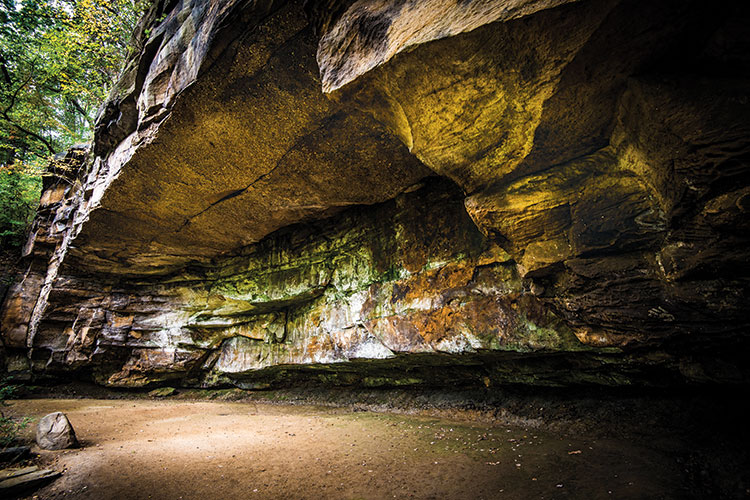 For a different view of the valley, ride the Cuyahoga Valley Scenic Railroad between Rockside Station in Independence and Akron Northside Station. The roundtrip excursion offers a full scenic tour of the park, or you can get off to explore the park and return on a later train. Bicyclists can take the Towpath Trail in one direction and then hop on board the train for a relaxing return trip. (The park service suggests flagging down the train at a boarding station by “waving both arms”).

Lewis and Clark packed mosquito curtains, 12 pounds of soap, three bushels of salt, vermilion face paint, 176 pounds of gunpowder, a four-volume dictionary, and 600 doses of Dr. Rush’s patented “Rush’s Pills” on their epic expedition to explore the West … but feel free to pack light on your own travels. these new road-ready items can make your trip a bit less rugged. 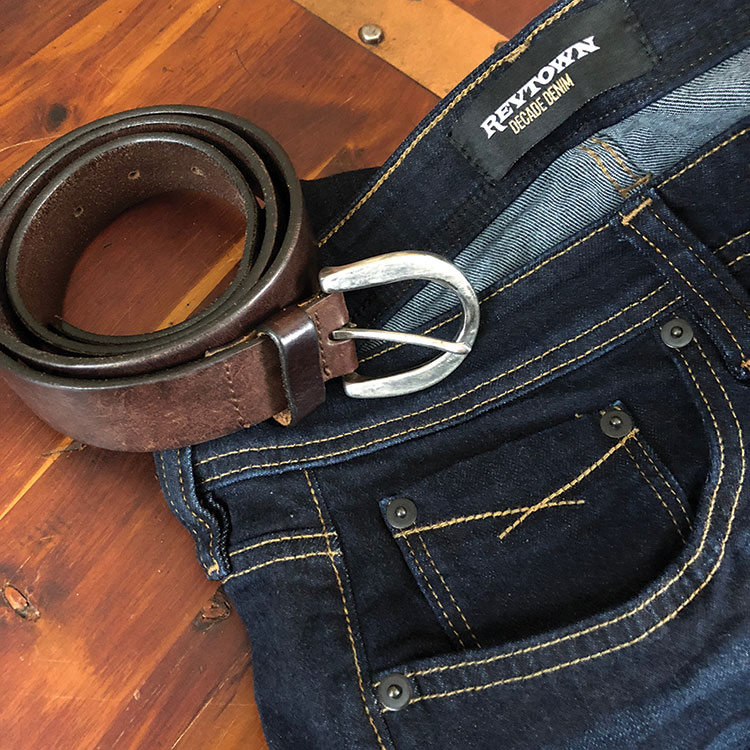 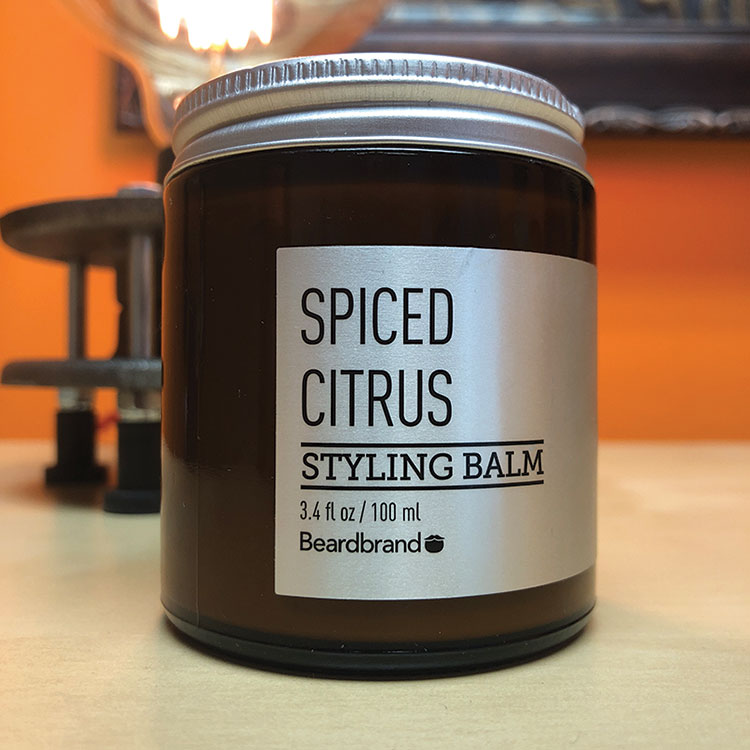 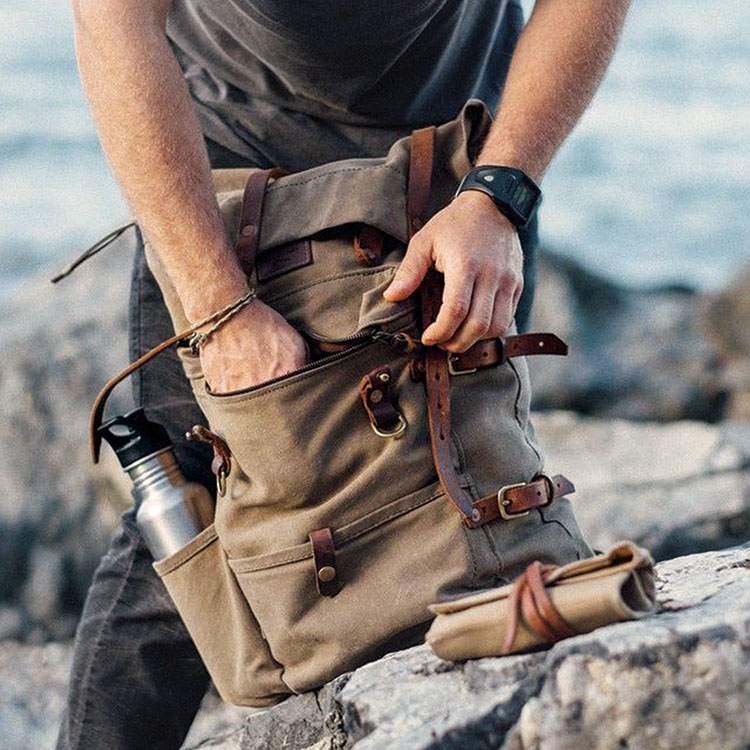 Take this Wilder backpack from Bradley Mountain on a weekender as your only piece of luggage. It is handmade in San Diego with waxed canvas, bridle leather and antiqued brass zippers, in Field Tan, Charcoal, Drab and Black. (bradleymountain.com, $445) 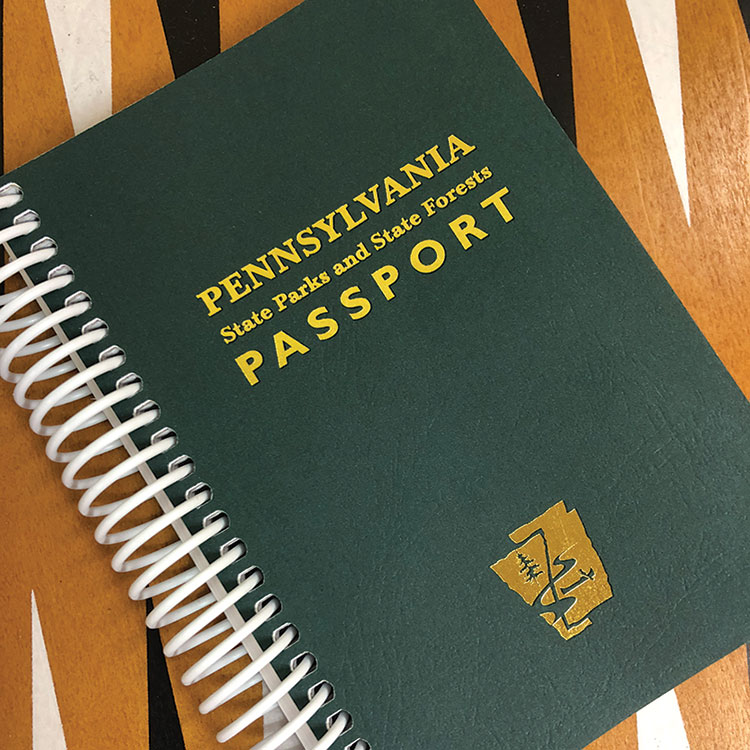 Keep track of your local road trips with the Pennsylvania Parks and Forests Foundation’s Passport book. In addition to tips on scenic views, flora and fauna, historical facts, and handicap accessibility, there’s a directory of all of Pennsylvania state parks and forests with space for each park’s unique passport stamp. (paparksandforests.org, $10)