6 Ways to Save on Your Pittsburgh Wedding

Here are some tips for brides who want to throw a dream wedding on a dime. 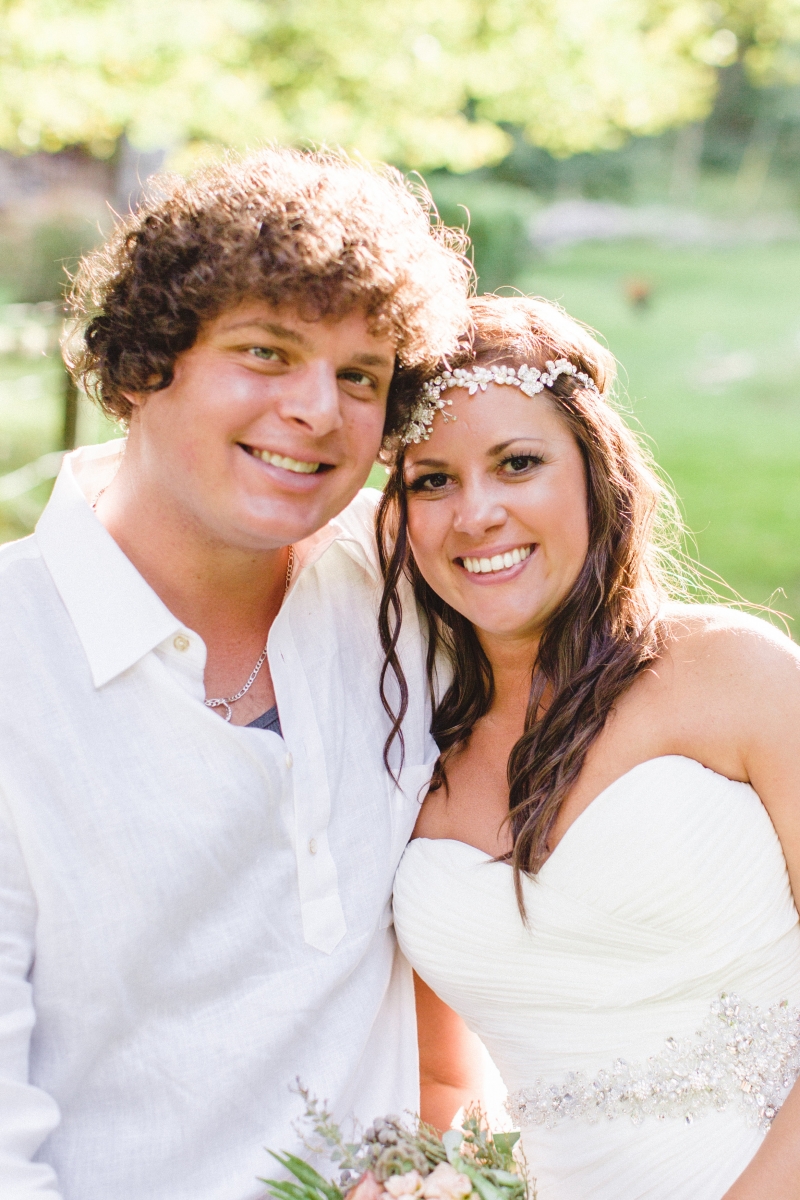 Heather Farmer and her fiancé, Dante Condeluci, planned to pay for most of their Sept. 13, 2014, wedding themselves and didn’t want it to be a huge investment. While their families helped to pay for some of their wedding costs, the couple had to think creatively to carry out most of their details.

“We just did what we could afford,” Heather says.

She shared a few tips on keeping your wedding budget-friendly, and we did some research of our own. 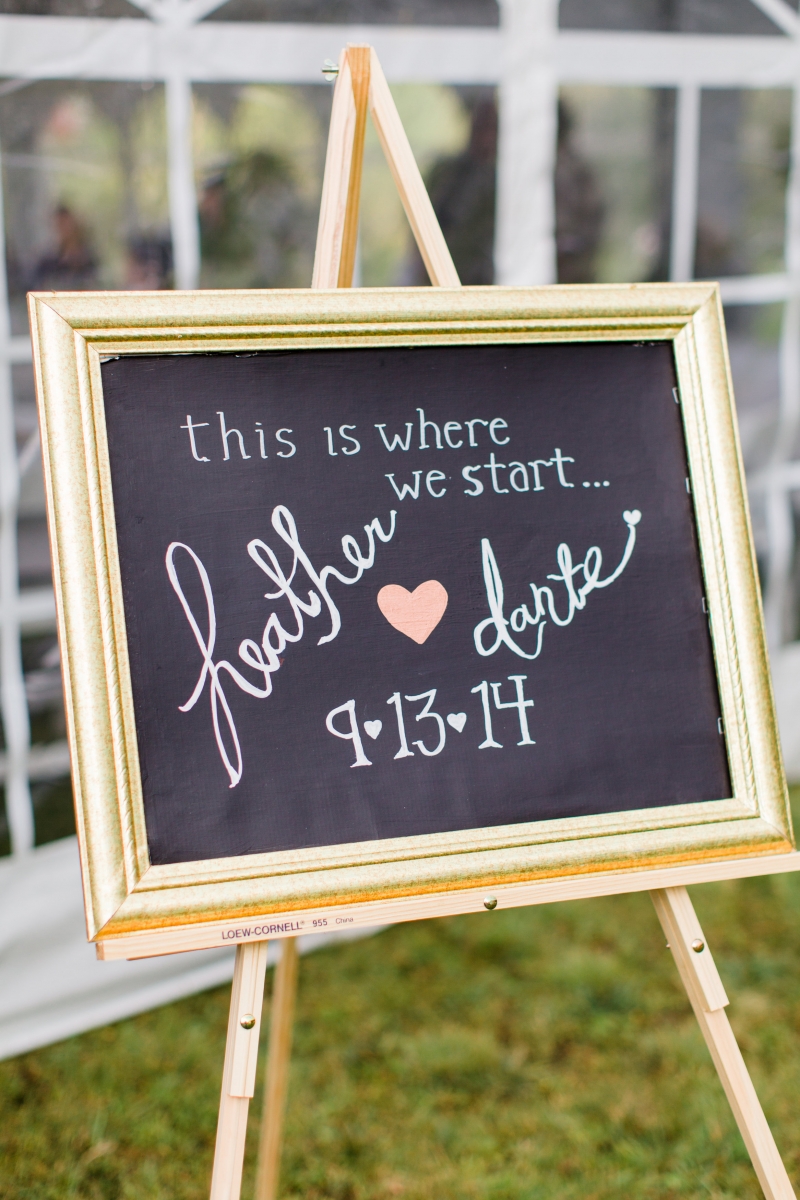 1. Decide what’s most important to you and your groom
Heather and her groom-to-be chose three things that were most important to them: the photographer, food and venue. They decided to spend the majority of their budget on these aspects of their special day, and the rest fell into place. “Everything we chose was something we loved,” Heather says. 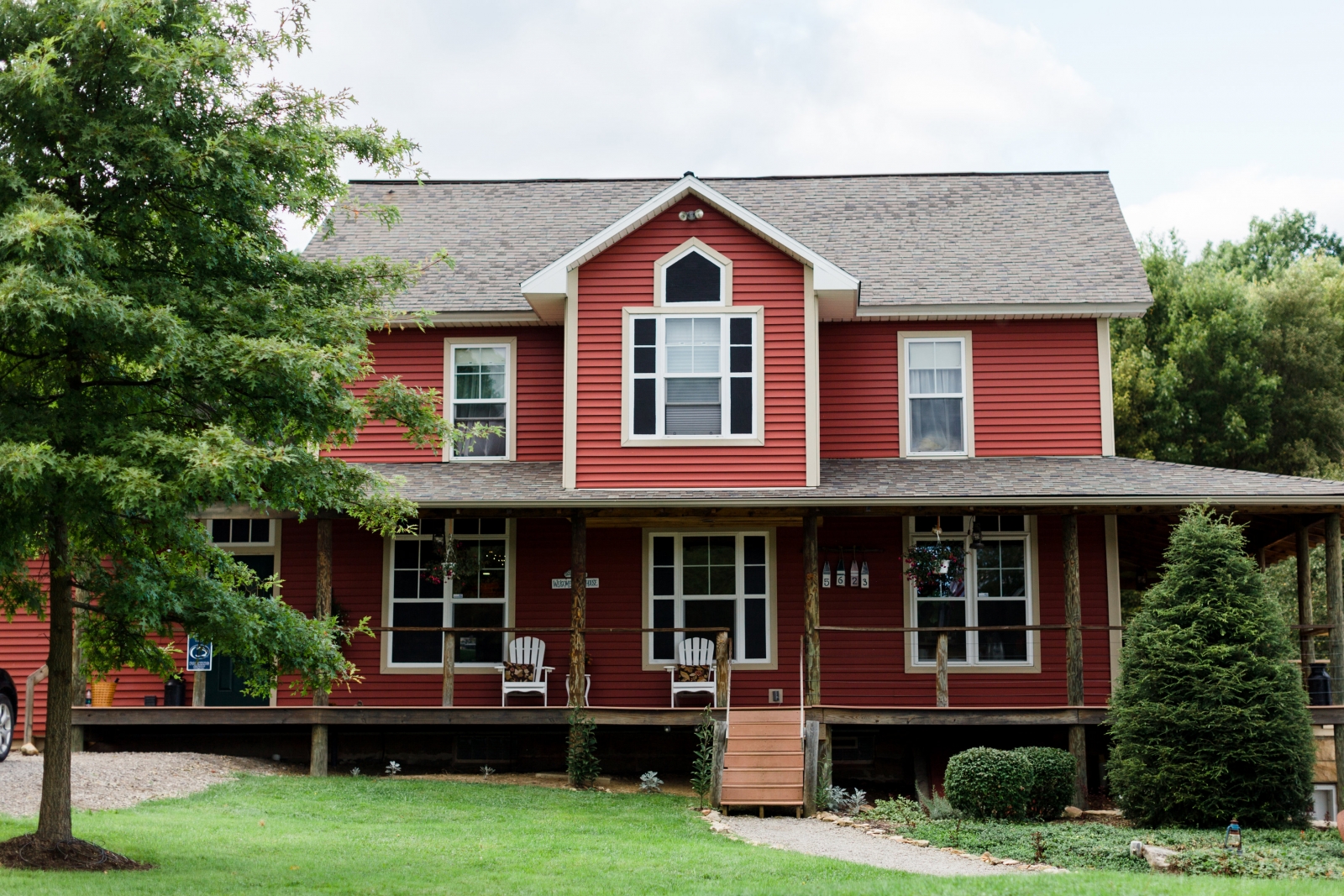 2. Seek out an nontraditional venue
Ashley Moss, owner of Hello Productions in Lawrenceville, notes that barns are a popular trend in venues right now and can be relatively inexpensive.

“You sometimes don’t have to add a lot to them if they’re restored and already have a pretty atmosphere,” she says.

Heather found her venue — a five-bedroom red farmhouse called Fisher’s Farm, set on 126 acres in Tionesta, Pa. — through Vacation Rentals By Owner. She paid just $350 per night for the space, with her wedding-night suite included for free.

The Pittsburgh Parks Conservancy also offers several budget-friendly venues in the city, according to Scott Roller, the conservancy’s senior marketing and communications manager. Getting married at Mellon Square downtown on a terrace overlooking Smithfield Street costs $125 after obtaining a permit through the city Department of Public Works. 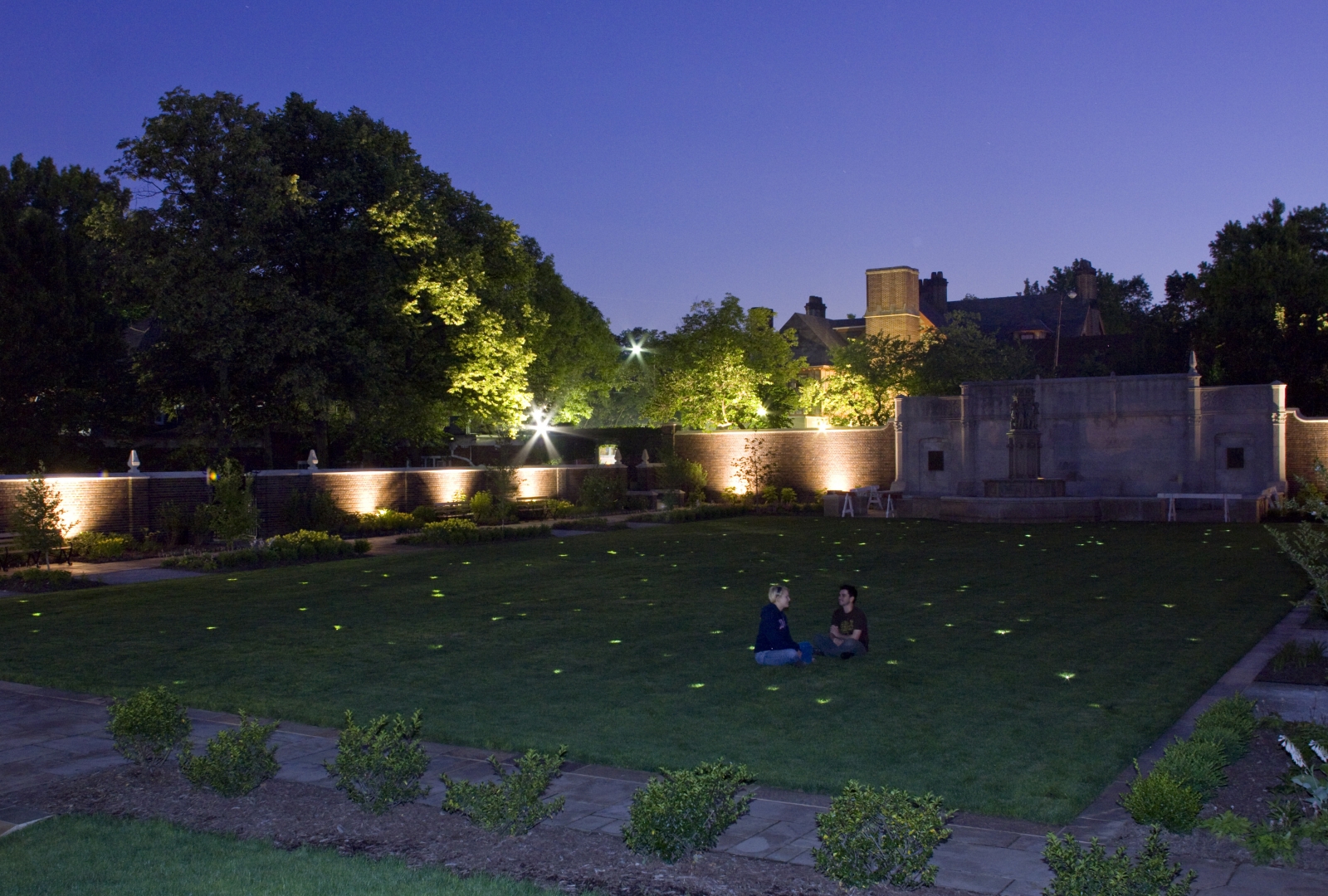 The Mellon Park Walled Garden goes for the same rate and features a lighted constellation in the ground that comes to life each night at dusk. “Once they’re all lit, it is something out of this world,” Roller says. 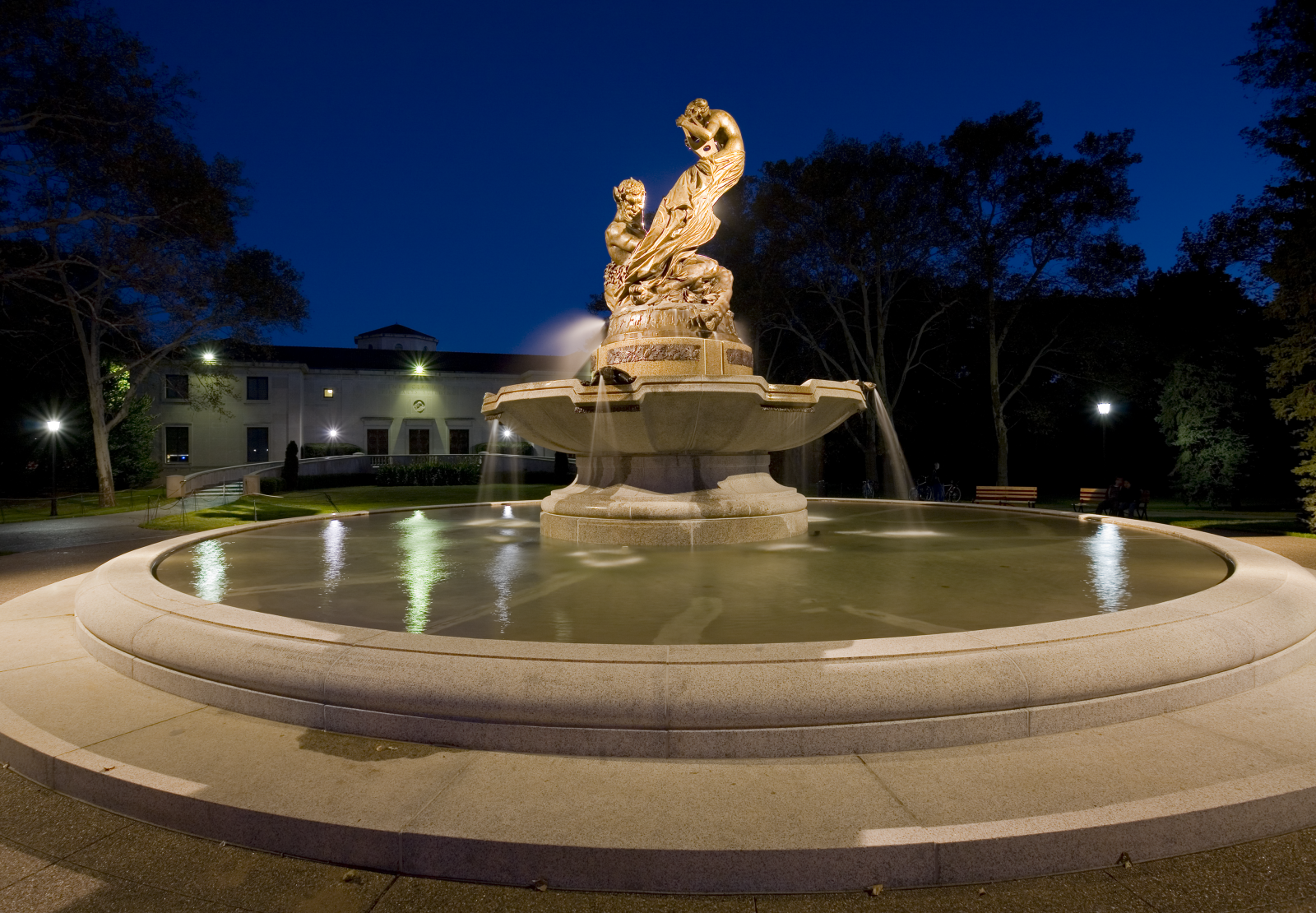 Couples looking for a University of Pittsburgh-inspired day can find several low-cost options in Schenley Plaza through the conservancy. 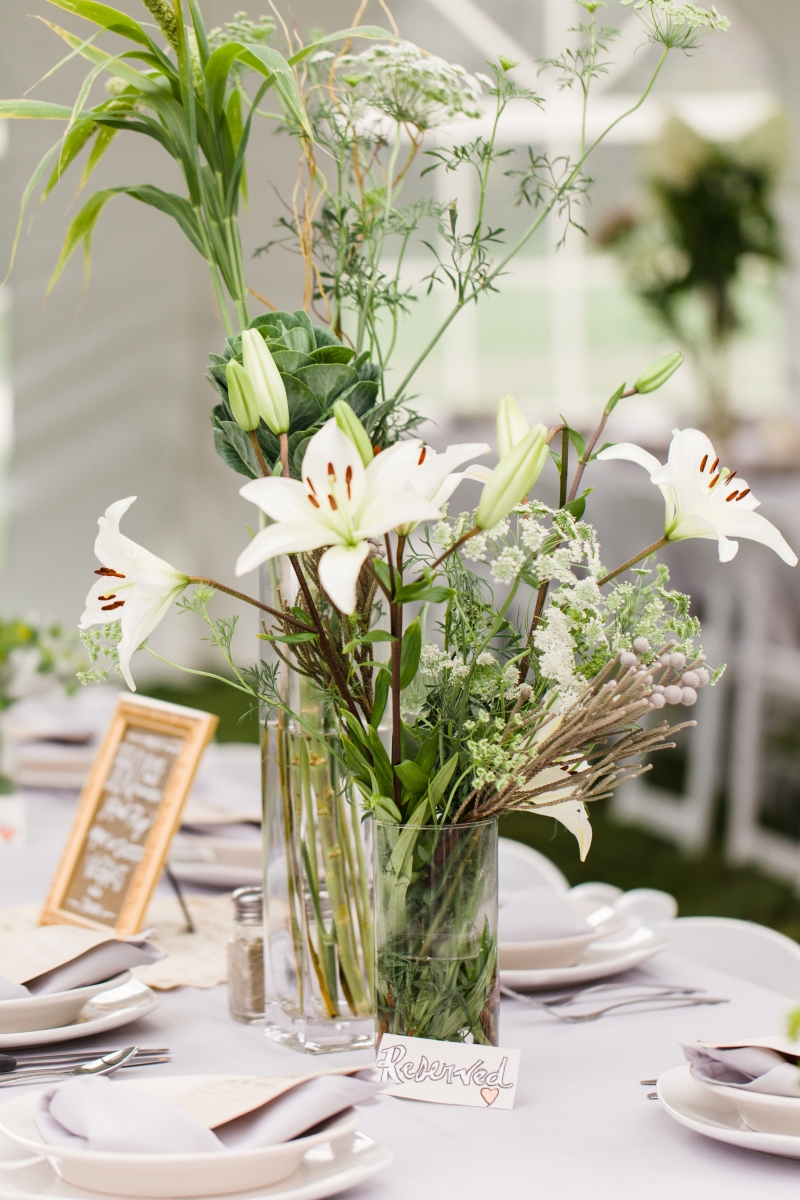 3. Don’t be too picky about your flowers.
Jilliann Campbell, owner of Budget Blossoms by Jilliann, says that choosing one type of flower for both bouquets and centerpieces and varying the colors can save the bride and groom money because they can get a bulk rate.  Couples also should aim to arrange flowers themselves as much as possible.

Heather purchased her seasonal flowers for $500 from a florist’s bin, and she arranged them herself. She recommends specifying a color and allowing your florist to choose a flower that is in season. For example, Campbell says peonies are relatively affordable during the spring but shoot up to $15 to $20 per flower in June.

Another way to save is cutting down on delivery and pick-up costs. Sometimes brides arrange for flowers to be sent to three different locations. Cutting the number of deliveries also cuts the fees. Campbell allows her customers to collect the vases from the centerpieces themselves and return them later in the week to alleviate pick-up costs. 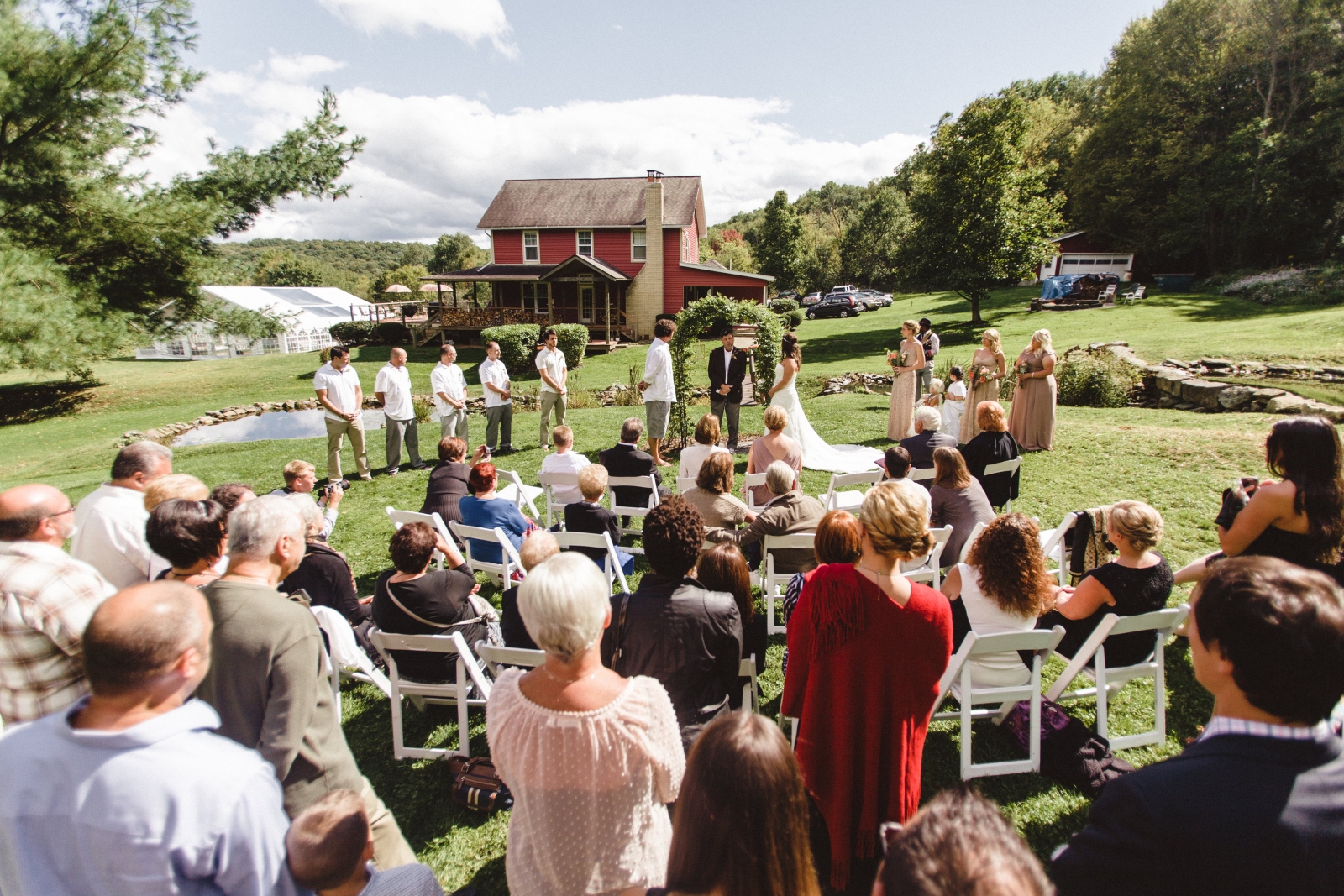 4. Do it yourself!
Moss says wedding decorations are the easiest area of a wedding to economize. She says personalized DIY decorations work best in rustic spaces. Heather made most of her wedding decorations with the help of friends and family. “Pinterest, of course, made life easier,” she says. She hosted girls’ nights for her friends, at which they drank wine and crafted for her wedding. She admits that some projects failed, but the successful crafts made great decorations. Heather used printable place cards and thank-you notes from Etsy and made them her own. She advises brides to scour the Internet for free printables and templates to save money.

Jody Wimer, CEO and Creative Director of JPC Event Group, warns that brides need to be realistic about the cost of DIY projects. She says that clients often undervalue the amount of the necessary products, which may be special orders or hard to find at local stores, and the work that goes into décor concepts they pin on Pinterest.

5. Eat (and drink) family-style.
Fort Worth Restaurant in DuBois, Pa., served a family-style barbecue dinner for Heather’s reception. Heather says choosing a restaurant rather than a catering company saved her and her groom a lot of money. The couple also provided beer and wine only.
When working with a caterer, Moss recommends deciding if you will be charged a flat rate or based on consumption. It’s best to consider how much your guests will consume and determine which would work best for you.

Serving food buffet-style can save money, but Moss says she does not recommend this for events with more than 120 guests because of the resulting long lines. Christine Chadwick Zimmick, director of catering at the Renaissance Hotel, says that closing your bar during formalities such as bridal introductions, toasts and blessings can shave a bar bill. She recommends including bar hours on guests’ printed menus so that guests can anticipate when bar service will be available.

6. Go cake-less.
Staying true to their Pittsburgh roots, the Condelucis were more concerned about having an overflowing cookie table than having a cake at their reception. Instead of ordering a cake, they asked friends and family to make cookies for their day. They ended up with 99 dozen.

“Just do what you love. Just because it’s expensive doesn’t mean it’s right for you,” Heather says.