5 Races You (Yes, You) Can Run This Year

Even novice runners can work their way up to these fun and (mildly) challenging races. 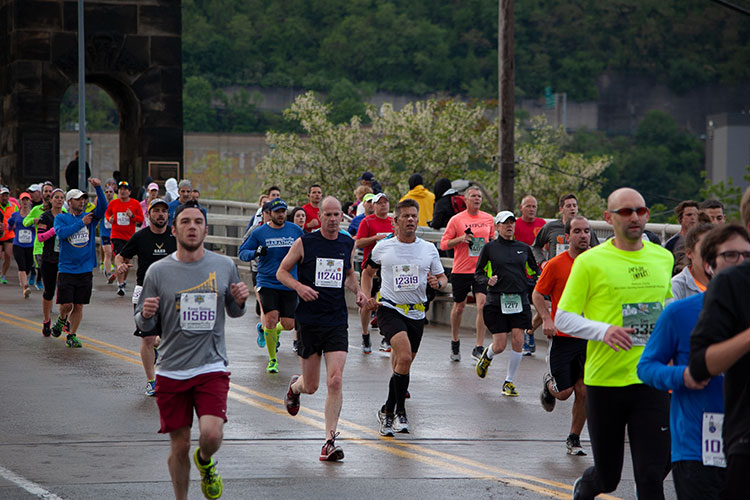 I didn’t think I’d ever become a runner.

I know that’s what everyone who pushes the miracle of running on their friends says, but I can’t overstate it: I really, really didn’t think I’d ever become a runner. I gave up on team sports at 13. Brief prior flirtations with the gym were passing fancies (for every time I actually entered the gym before, say, 2016, there was a full month where I paid for a gym membership and never used it). Any earlier attempts to hit the street led, at best, to sucking air after a torturously slow mile or two.

And then: I became a runner.

I owe it all to my eternal running buddy, Melanie, who suggested that we give it a try one warm evening after work. I was skeptical, and I didn’t even own running shoes. We made it half a mile that first day. And then — like it goes with running — a little farther, a little farther and a little farther. Once a week, then twice a week, then every other day. After a few months, I wasn’t just getting it done — I was enjoying it. Even relying on it as a vital and rejuvenating part of my routine.

I started the process in terrible shape, with awful cardiovascular health and plenty of extra weight. I’ve never been athletically inclined in my life; now it’s the most natural thing in the world.

Races are the reward for your hard work: A festive, fun event with people cheering you on, fancy medals at the finish line and the distinct joy of crossing a literal finish line. The following races (one of which will require a drive) are great goals for beginners. I’ve done them all.

That means you can, too. 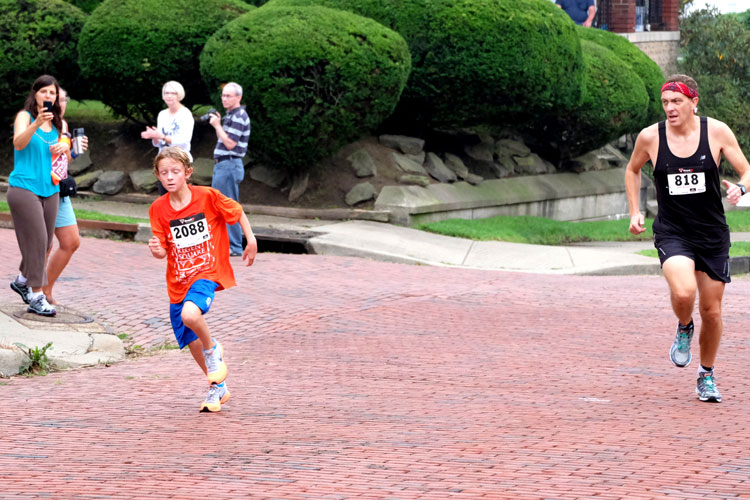 PHOTO COURTESY RUN AROUND THE SQUARE

Run Around the Square
This was the first race I ever completed; I think it’s an excellent first goal. The 5K (3.1 mile) course winds through a (mostly) flat section of Regent Square; after a very brief climb (you can handle it), it’s all downhill into the heart of Frick Park. The neighborhood turns out to support runners, there are treats waiting at the finish line and you can try for a table at nearby Square Cafe to refuel after the race. If you’ve never had the joy of running down into Frick Park on a lovely day, this may be the best way to experience it. The race is usually held in August; a date for 2019 should be announced soon, with registration to follow in May. 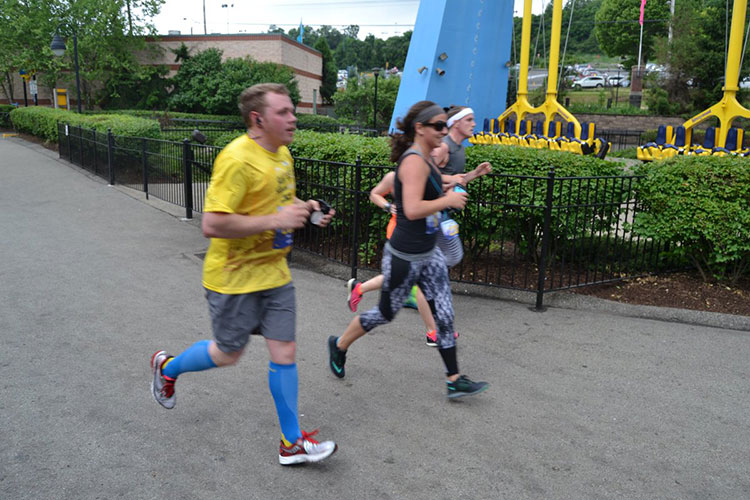 Kenny's Koaster Race
What better way to try and improve your 5K time than tearing around the corners on the winding paths of Kennywood Park? The day of Kenny’s Koaster Race is always one of my favorite Sundays of the year; not only is it a thrill to race past the Music Express and underneath the Pittsburgh Plunge, but admission to the park comes free with your race entry. Get up in the morning, run the race, go change in the car and head back in for a day at the park. The course has changed over the years — some previous installments have leaned too heavily on the neighborhoods surrounding the park itself — but I think they found their sweet spot in 2018. This year’s race is June 2, with registration opening soon. 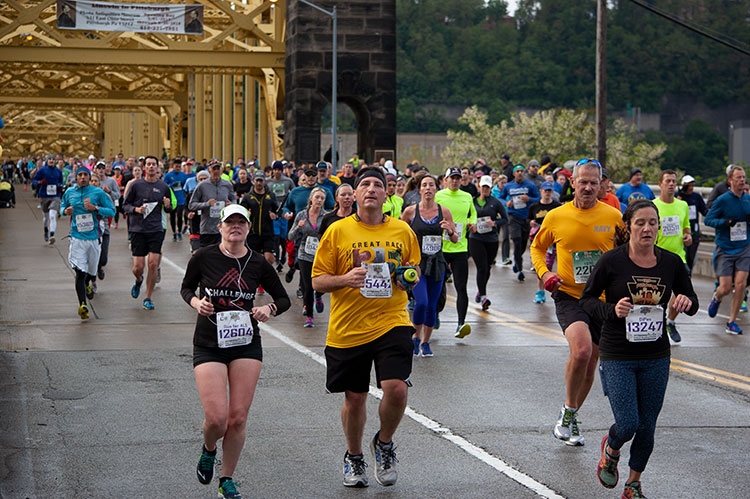 Pittsburgh Marathon Relay
If you’re ready to step it up from 5K, find four friends and register for the relay version of the Pittsburgh Marathon. (Pittsburgh Magazine even did it last year!) The relay legs range from 3.8 to 6.5 miles, accommodating runners at a variety of comfort levels. Plus, you get all the frenzy and fanfare of marathon day without the pesky need to actually run for four and a half hours all by yourself. This year’s marathon is May 5; registration is open now. 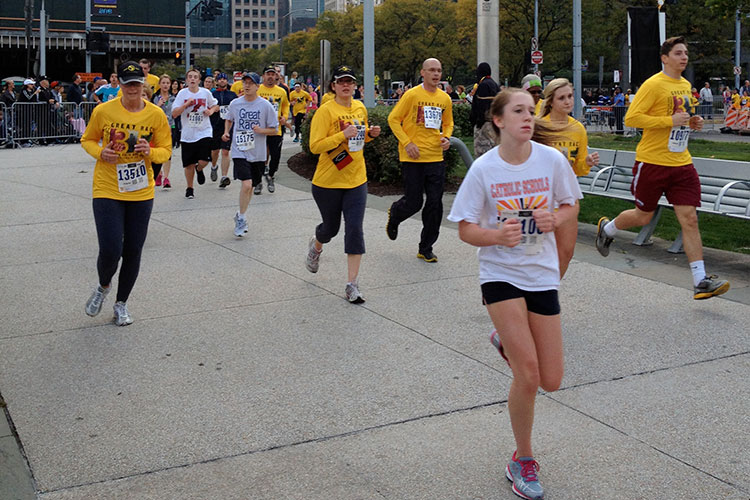 The Great Race
For many Pittsburgh runners, the year of races is capped off by this longstanding autumn road race. The 10K (6.2 mile) course is a challenge, but not an insurmountable one if you’ve been training consistently through the warmer months, and the route — from Squirrel Hill straight to Downtown — can’t be beat for a concise tour of the East End. This year’s Great Race is scheduled for Sept. 29, and registration is open now; even if you’re just getting off the couch today, you can time your training to lead up to the Great Race. (Want an even bigger challenge before the year is up? Look into the EQT Pittsburgh 10 Miler in November.) 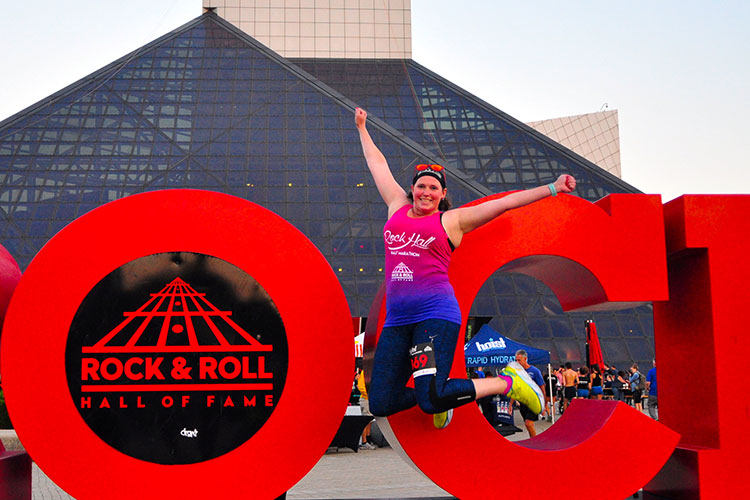 Rock Hall Half Marathon
Feel like stretching beyond the races around the Three Rivers? I loved taking part in the Rock Hall Half Marathon last year. I was part of a three-person relay team, but you can also opt for the full thing, a 10K or a 5K. The race winds past plenty of live music before ending at the iconic Rock and Roll Hall of Fame, where you’ll be awarded with pretty much the sweetest race medal I’ve ever seen. And I can confirm that Cleveland is significantly more flat than Pittsburgh, making any race on the shores of Lake Erie a bit easier to manage.

This article appears in the March 2019 issue of The Best Blog.
Categories: Best of the ‘Burgh