5 Murals Worth Discovering in Pittsburgh

I will risk any number of traffic patterns and go out of my way to spot the gorgeous, mysterious, building-length mural of the bride on Penn Avenue in Garfield. She inspired me to seek out other pieces of public art everyone should slow down a little for.

I adore anything devoted to the man we appointed our second greatest Pittsburgher of all time in our January issue: August Wilson. Painted in his home neighborhood, the August Wilson Tribute Mural includes the Pulitzer-winner’s writing, covers of all 10 of his plays, and 10 scenes from his plays painted by young artists as part of a summer work program. I love the colors, I love the way the word “Hill” is scripted onto Wilson’s hat, and I love the way the beauty of literature through art is expressed. 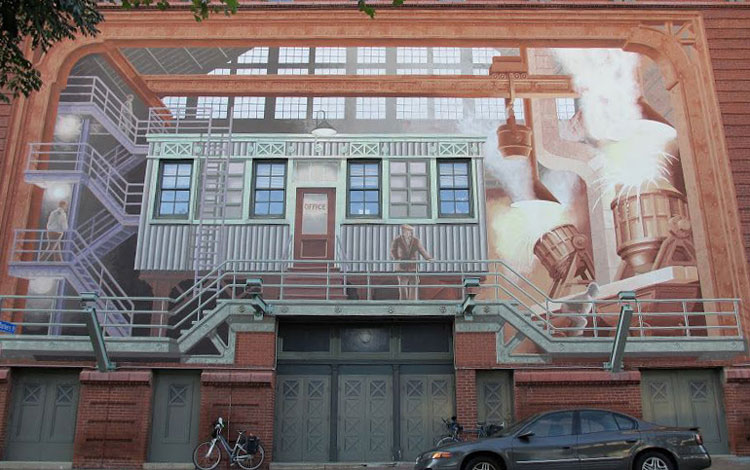 “Mural of a Steel Mill Stage”

I love this mural because when you look at it, it’s as if you can see right into another time. The Pittsburgh Cultural Trust commissioned the painting, designed by Richard Haas, for the outside of the Byham Theater; Haas incorporated the building’s windows and doors into his design. The stage scene represents a play about Pittsburgh and its heritage, all things I love. 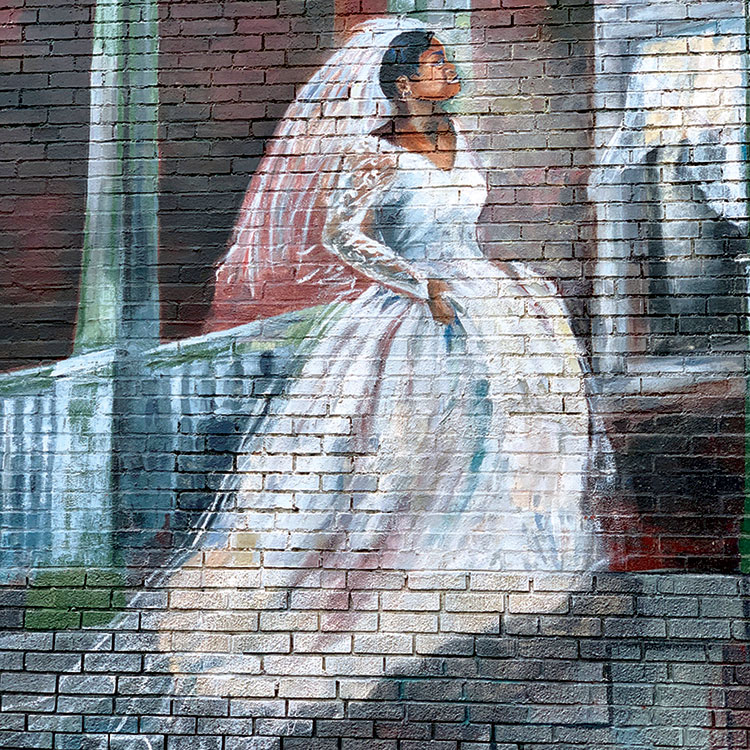 “The Bride on Penn Avenue”

Painted by Judy Penzer, the bride looks as though she’s entering a three-dimensional house, just another in a line of actual homes on Penn Avenue. She’s wearing her wedding dress and a full veil. Each time I pass, I wonder, where is she going? Is she visiting her childhood home on her wedding day? Saying goodbye? Is she entering the home where she’ll live with her new husband? But if so, why is she alone? No matter the story, she speaks to me as a fellow Pittsburgher, finding her way. 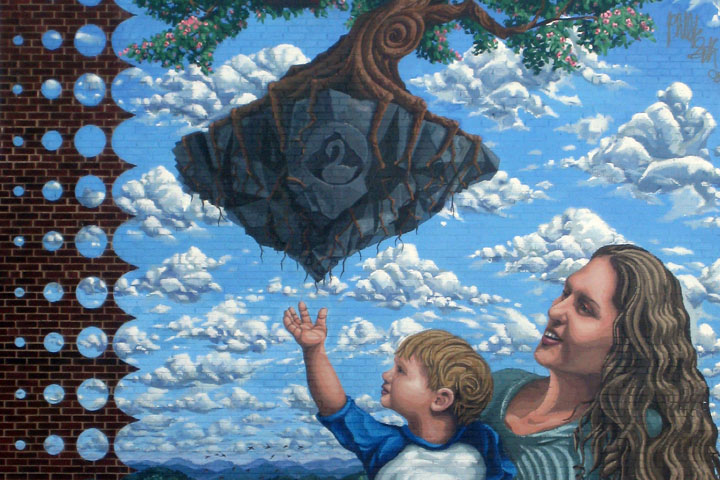 This mural is a new discovery for me, found while researching the scores of public art the Sprout Fund began developing in 2003. Artist Phillip J. Seth crafted this scene of a woman and her son, which speaks to me as I have three boys, looking up at the sky. It’s based on a Carrick sculpture titled “L’Enfant,” French for the child, and in the clouds to the child’s right you can see the sculpture. Carrick, named for Carrick-on-Suir in Ireland, means “rock” in Gaelic, thus the rock in the picture the tree sprouts from. The rock is also meant to symbolize Pittsburgh’s coal-mining past, and inside is painted the crest of the Irish town. 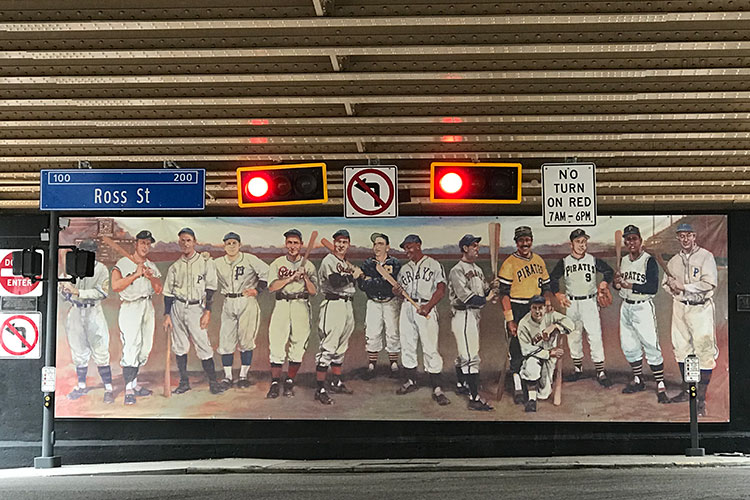 My favorite part of this mural is that I’m always surprised when I come across it. Hidden under the Boulevard of the Allies, the mural is a re-creation of a painting by Michael Malle representing Pittsburgh baseball throughout its entire professional history, from the Homestead Grays to the Pittsburgh Pirates, side by side. Danny Murtaugh, Josh Gibson, Willie Stargell, Bill Mazeroski, Roberto Clemente and Honus Wagner are among the players, and around the corner is another surprise: a wall painted to resemble the brick outfield of Forbes Field, purposely covered by ivy.

DOWNTOWN: Beneath the Boulevard of the Allies at Ross Street and 2nd Avenue