“I really feel like I could be a leader in something that is creating more opportunities for people who historically haven’t had them.” 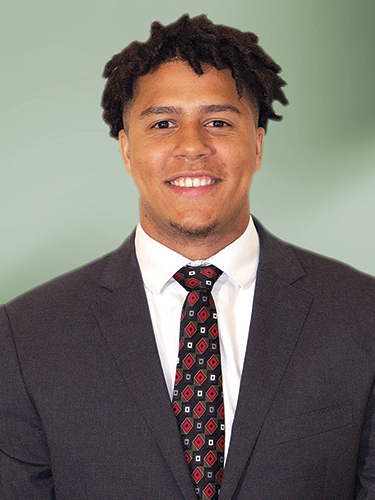 Playing sports on travel teams while growing up in Ann Arbor, outside of Detroit, William Clark noticed that “the disparity between the opportunities and resources that were available to me versus some of the teammates I had was stark.” That memory shaped him, and now he serves as the diversity, equity and inclusion lead for Deloitte Pittsburgh Strategy Recruiting. Since he joined the team in 2019, he’s helped triple the number of underrepresented minority new hires.

Clark now has his sights set on an MBA program, and he hopes to continue finding ways to help those who are systemically underserved, especially in financial systems.

He works closely with his alma mater, Carnegie Mellon University, and served for two years as assistant vice president of the CMU Buggy Alumni Association.

“I really feel like I could be a leader in something that is creating more opportunities for people who historically haven’t had them,” he says.