“Teaching came naturally to me. It didn’t feel like work, which is a beautiful thing.” 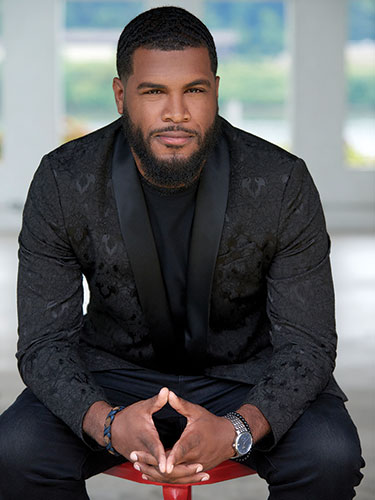 At age 17, Jeremy C. McCool began hosting a show at his college radio station in his native Illinois and rose swiftly through the broadcasting ranks (even co-hosting his own “Koop & McCool” morning show in Macomb, Ill.) before making the transition into higher education.

“I always kind of was an unofficial educator because I trained a lot of people at the radio station,” he says. “Teaching came naturally to me. It didn’t feel like work, which is a beautiful thing.”

As a doctoral candidate in Indiana University of Pennsylvania’s Communications Media & Instructional Technology program, McCool has taught classes in radio production, communication, media and culture. He also founded a course called Digital Storytelling, where he taught students how to create their own podcasts and vlogs.

“Some of them have kept their shows going, which is great.”

He also co-advised a newly founded minority male mentorship group at IUP and acted as advisor to the IUP Students Against Racism organization. The co-author of a children’s book, “Princess and The Power of Melanin,” he also recently joined West Chester University of Pennsylvania as an assistant professor of digital/global media.