“I realized that politics and government was where I wanted to make an impact.” 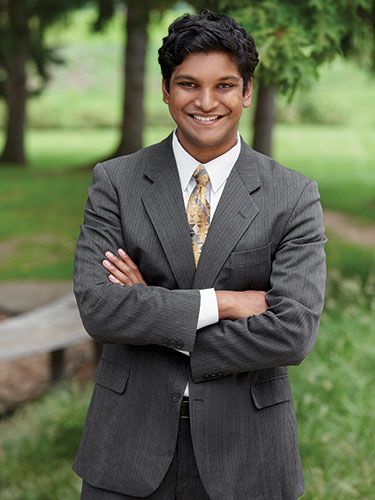 The son of Tamils who fled the armed conflict in Sri Lanka, Ernest Rajakone grew up in a rural area of central Pennsylvania with parents who encouraged him to contribute to his community.

“I realized that politics and government was where I wanted to make an impact,” he says.

While working for the City of Pittsburgh, he received his master’s degree in public management from Carnegie Mellon University in 2019. He today attends the University of Pittsburgh’s School of Law, where he is a Chief Justice Ralph J. Cappy merit scholar.

As a policy analyst for Mayor Bill Peduto in the Office of Equity, Rajakone worked on the Marshall Plan for Middle America, the City’s legislative agenda and COVID-19 policies. An active member of Young Democrats of Allegheny County and People for Equality and Relief in Lanka, Rajakone is also known for his love of crooning country hits at local karaoke nights.

“I think it’s a very confusing sight to see a brown dude in the middle of a bar singing Hank Williams,” he jokes. “I say my central PA is showing. That usually entertains folks.”