“I want all the nooks and crannies of Pittsburgh to be exposed." 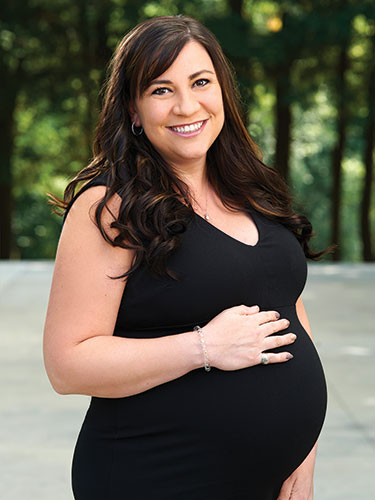 After watching several family members die of cancer, Kelsie Mozzoni LaBarbera vowed she would dedicate her career to finding a cure. Then she discovered the brain.

“I thought the brain was so magnificent,” she says.

So today, instead of finding a cure for cancer, she leads a team of researchers who are developing a drug with the potential to stop Alzheimer’s. Though she didn’t begin her career with a personal connection to the disease, she quickly realized how impactful her work is when she began fielding calls from distraught family members seeking help for their ailing loved ones.

“They’re heartbreaking phone calls, and that’s all the motivation you need,” she says.

In addition to her work at Cognition Therapeutics, LaBarbera also sits on the board at Crisis Center North and runs the popular “People of the Burgh” Instagram account, which hands the photographic reins to a new city resident every few weeks.

“I want all the nooks and crannies of Pittsburgh to be exposed,” LaBarbera says.