2015 Delicious Design Winner: Not One Bad Seat at Altius

The space formerly occupied by the Georgetown Inn has undergone an incredible transformation. 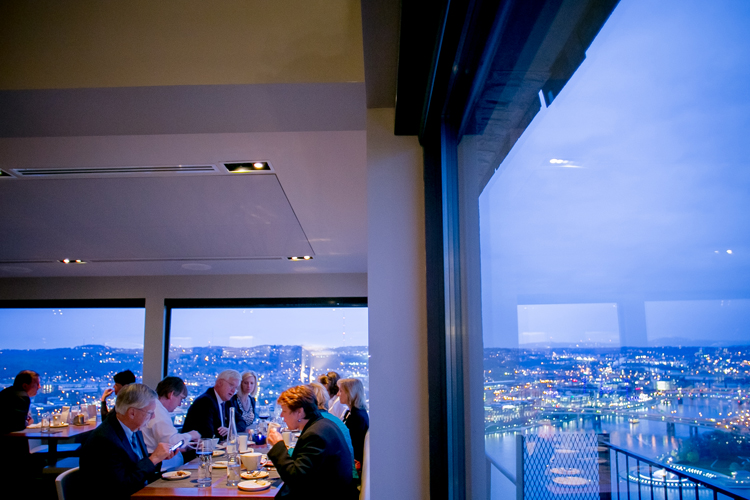 When architect and designer Teresa Bucco started thinking about how she and her team would design Altius, which opened in the old Georgetown Inn space in 2014, she knew she had an opportunity to turn a metaphoric dining scene into a tangible vision.

“The views are spectacular,” she says. “How do you approach design to maximize those views?” The answer was to strip down the interior to its studs and start from scratch. “Once we started opening it up, we just kept going.” 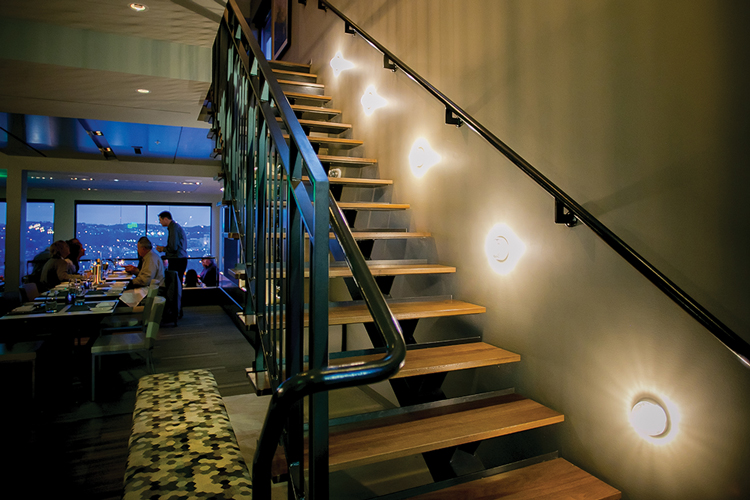 The contemporary American restaurant is inviting, grand and airy. Gone are boxed rooms and closed spaces that previously obstructed some of the views; load-bearing walls were reconfigured to maximize every inch of available space. Now, as the saying goes, there’s not a bad seat in the house. 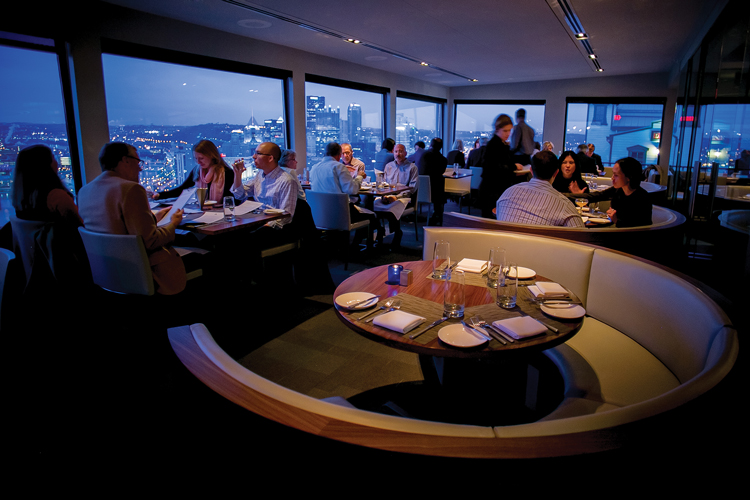 The interior is a sleek, modern space that draws all eyes to the grand vista overlooking the city. Turn your swivel chair toward the promenade of windows and immerse yourself in the beauty of Pittsburgh. It’s stunning. Slate gray is the main color used throughout Altius, but Bucco added an ingenious twist in the scheme to enhance the energy of the room.

"The materials you touch are warm,” she says.

For example, the chairs are leather and the tabletops walnut. National Woodwork in Windgap fabricated the casework for the sets. 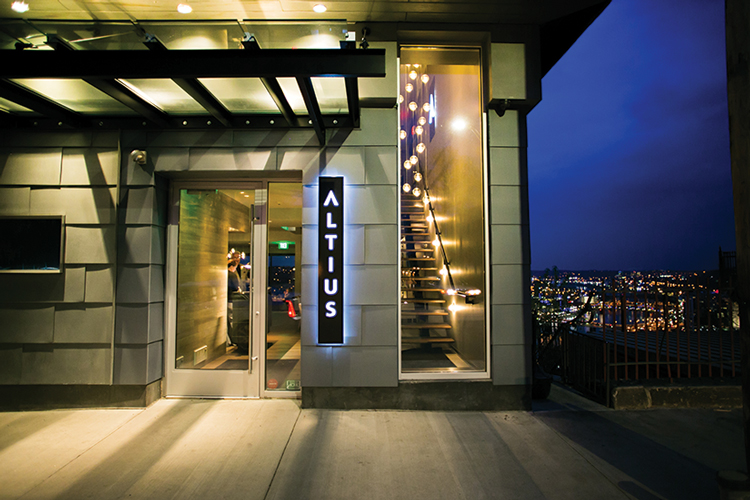 Even the Grandview Avenue exterior was modified to enhance the space. Bucco says she believes restaurants should connect with the street, but because the views from Altius are opposite the street, she instead put large windows on the side of the building to maximize the scenery. On the street side, she added a series of blue lightboxes to create the illusion of windows and a large column window near the entrance that’s angled so that visitors can see straight through the building.

It’s worth a trip to Mount Washington to enjoy this modern space peppered with warm accents, especially when that space frames the best view of Pittsburgh in Pittsburgh.