In a Facebook Live event called, “What Black Pittsburgh Needs to Know about COVID-19”, a COVID-19 survivor and epidemiologist discuss how the coronavirus is affecting the black community in Pittsburgh. 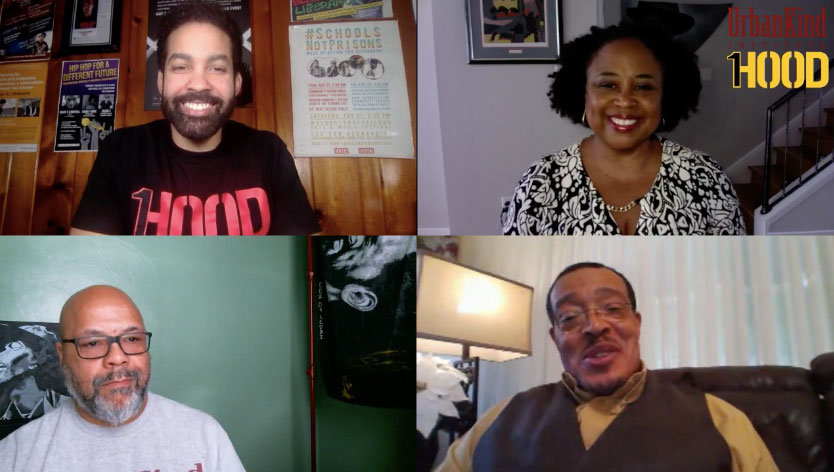 With the announcement that all Pennsylvania counties are moving further towards reopening, a virtual town hall conducted by 1Hood Media sheds light on how the virus is severely affecting African American communities in Pittsburgh.

1Hood Media, an arts activist organization whose mission is to “build liberated communities through art, education and social justice,” is hosting a series of weekly virtual town halls entitled “What Black Pittsburgh Needs to Know About COVID-19” on its Facebook account. Along with the UrbanKind Institute, an NGO that advocates for people in urban areas, 1Hood hosted a Facebook Live on May 19 that featured a local COVID-19 survivor, Charles Timbers, and Dr. Dara Mendez, an epidemiologist and associate professor at the University of Pittsburgh, to discuss the impact of the virus on the black community.

Dr. Cheryl Hall-Russel, president of BW3: Black Women, Wise Women, started off the town hall by saying even though Pittsburgh is moving into the yellow phase, people — particularly in the black community — should remain cautious and not act as though everything is “back to normal.” Founder and CEO of 1Hood Media, Jasiri X, responded, saying it is important to stay vigilant because percentage-wise, black people are dying the most.

“What we’ve been seeing with states that have opened up early like Georgia and Texas, there has been a spike in people who have contracted COVID-19, and we don’t want to see this happen in Pennsylvania,” Jasiri X says.

Timbers, a nurse practitioner who is employed at the Allegheny County Jail, talked about his personal journey with coronavirus. On April 8, Timbers was tested for COVID-19 because someone at his workplace had it and he was worried about his sister, who he lives with, contracting it. She has asthma, as well as other comorbidities that can make her more susceptible to the virus.

He tested negative and did not have any symptoms. However, his sister started complaining of leg pain and stomach cramping and eventually tightness in the chest, breathing issues, a headache and a sore throat. She did not have a temperature, but Timbers decided to take her to UPMC Mercy Hospital, where both she and Timbers tested positive.

“I beat myself up terribly initially because I felt that I brought it in the house,” Timbers says. “But I took all the precautions. I wore gloves, I wore my mask, I sprayed down all my clothes with Clorox on my back porch before I went inside. I don’t know for the life of me how I brought in the house.”

His sister has recovered, but because this virus is so new, Timbers says it is important that everyone take personal responsibility in making sure they are not spreading the disease.

“The reason I went on Facebook is because I want people who look like me to see that it happens to us and we have to take this disease very seriously,” Timbers says.

Mendez then discussed the lack of testing in Allegheny County, as well as how black people are often mistreated in the healthcare system. Gov. Tom Wolf said the state is increasing testing, conducting around 11,000 tests per day as of May 19, which was previously at 6,000 per day. But Mendez says only around 800 tests are done each day in Allegheny County and she does not believe this is enough to justify moving into the yellow stage, let alone green.

“There needs to be adequate testing, contact tracing, not overloading the hospitals, proper PPE for people going back to work…” Mendez says. “There’s a number of things that should be in place before we go to yellow. We still need to operate as if we’re in the red.”

Mendez, who works with maternal health, says when black pregnant women go to the hospital, they are often mistreated. In the context of COVID-19, issues in maternal health, as well as infant mortality, may be exacerbated because of the inequities that exist in the healthcare system. Black women are already more likely to die from pregnancy-related causes than white women.

Because many hospitals are now limiting the number of people who can be with the mother when she delivers, Mendez mentioned she is working to enhance virtual doula support with Healthy Start Pittsburgh, which has a focus on black women and women who have had birth trauma. This online platform allows pregnant people to get in touch with certified doulas and nurses if they do not feel comfortable going to the hospital or do not have proper support.

“The virtual platform is obviously not ideal,” Mendez says. “But given our context of COVID, this has been one of the ways in which partners and leaders in the community have collectively been able to support [pregnant women] during this time.”