Our books editor has got you covered, for beaches, barbecues or your own backyard. 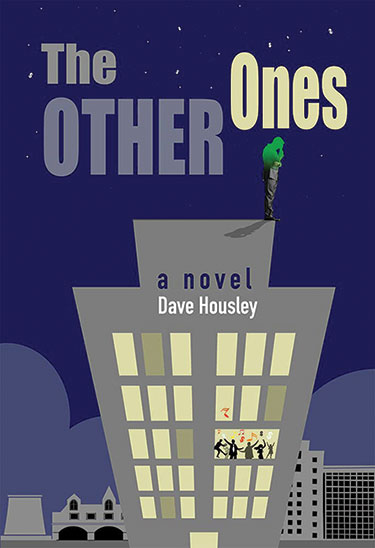 The Other Ones
by Dave Housley
Alan Squire Publishing; $19.99

The author Dave Housley didn’t have to look far for the subject of his latest novel. “The Other Ones” “is based entirely on the irrational fear that one day he would walk into his office and hear the sounds of celebration, only to realize that he did not put a dollar into the group lottery.” Housley, who has spent many years working in offices, is an astute observer of workplace dynamics. He follows the lives of the men and women who are left behind after the lottery winners collect their millions and quit the company. By bouncing among the points of view of several different characters throughout the book, Housley deftly shows how it’s not only the winners whose lives are irrevocably changed by dumb luck. 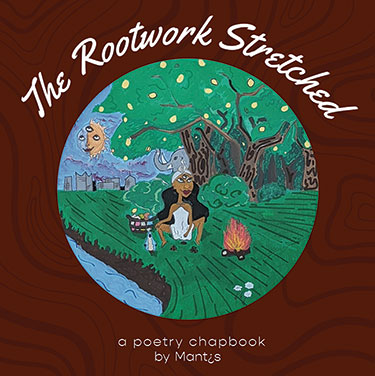 In the dedication to her debut collection of poems, Mant¿s (author Tyra Jamison’s stage name) writes, “This is for every Black femme surviving a landscape of physical and spiritual violence.” What follows in these poems is an expression of fierce tenderness rendered in a voice that is clear-eyed and compassionate. To those survivors she offers this reassurance: “We name ourselves Divine. / Our halos & hearts / transcend lifetimes”. For those who feel their language has been marginalized, and therefore their very identity, she offers this bit of Pittsburgh-flavored advice: “The next time they try to teach you / the slums can’t talk right, / tell them they got no right to speak August Wilson’s name.” 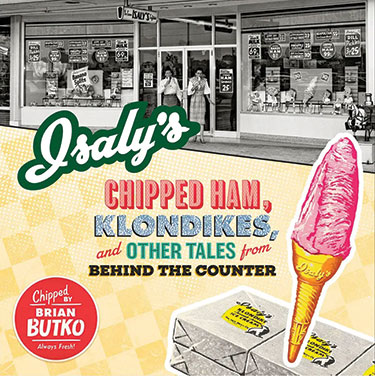 Isaly’s Chipped Ham, Klondikes, and Other Tales from Behind the Counter
by Brian Butko
Senator John Heinz History Center; $19.95

The Isaly’s empire began in 1892 on a family farm in Mansfield, Ohio. In 1931, the company expanded into Pittsburgh and quickly became a beloved local institution. This follow-up to Brian Butko’s “Klondikes, Chipped Ham, & Skyscraper Cones: The Story of Isaly’s,” published in 2001, is a treasure trove of more than 400 photos and original ads, as well as updated and expanded information, including a complete directory of store locations. Butko even manages to reveal a few of the top secret recipes along the way (sorry, but the Ham BBQ isn’t among them). It’s not all ice cream and cozy nostalgia, though; Butko also confronts the discrimination and racism experienced in front of and behind the counter, as well as the sometimes confrontational relationship with the employee union. Here’s the inside scoop from one of our finest chroniclers of Pittsburgh-iana. 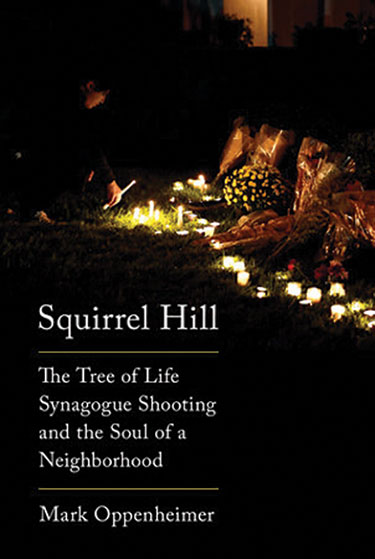 Squirrel Hill: The Tree of Life Synagogue Shooting and the Soul of a Neighborhood
by Mark Oppenheimer
Knopf; $28.95

“For one neighborhood to contain so much of Jewish life, religious and cultural, spiritual and political, liberal and traditional, all within a walkable space, in the twenty-first century, is exceptionally rare.” So writes Mark Oppenheimer in his exhaustive study of the Squirrel Hill neighborhood nestled in Pittsburgh’s East End. Oppenheimer, who was the religion columnist for The New York Times from 2010-2016, resides in Connecticut but has family ties to the Pittsburgh area. The shooting at the Tree of Life synagogue on Oct. 27, 2018, what he calls “the greatest antisemitic attack in American history,” brought the writer to town, but not to examine the gunman’s motivations. “I was curious to know how people dealt with the aftermath of mass violence. When the cameras and the police tape were gone, what stayed behind?” His book is a loving testament to the resiliency of a community. 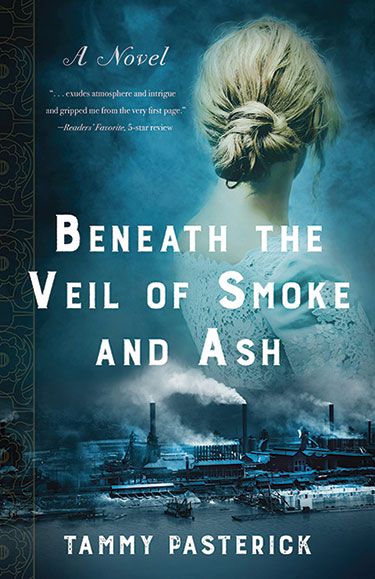 Beneath the Veil of Smoke and Ash
by Tammy Pasterick
She Writes Press; $16.95

In a brief Author’s Note, writer Tammy Pasterick reveals the origins of her new work of historical fiction. “I asked my ninety-year-old grandmother a few questions about her childhood and was presented with a scrapbook and several shoeboxes of old photos.” These family mementos from turn-of-the-20th-century Pittsburgh inspired Pasterick to create the Kovac family and a tale of Eastern European immigrants struggling in the coal mines and steel mills of Western Pennsylvania. Told from multiple points of view, the novel follows Janos and Karina Kovac’s marriage, a disastrous affair, and the tragic fall-out of a botched robbery. This fine debut novel is an intriguing blend of “Madame Bovary” and “Out of This Furnace.” 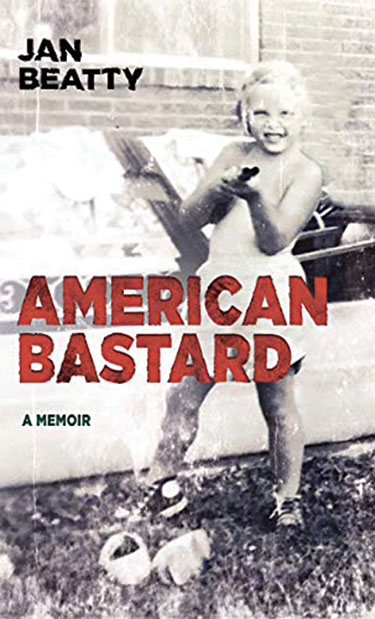 The poet Jan Beatty asks, “Who were these people on my birth certificate?” She goes on to clarify: “I didn’t want a family — I only wanted the story. Who was I, how did I get here, why did they give me away?” Beatty, who runs the Madwomen in the Attic writing workshops at Carlow University, has written unsparingly in her poetry about her life as an adopted child. In her new memoir, Beatty goes even deeper into the trauma of having her true identity taken from her. This is a necessary addition to the literature of adoption, to a side of the experience that goes too often untold. 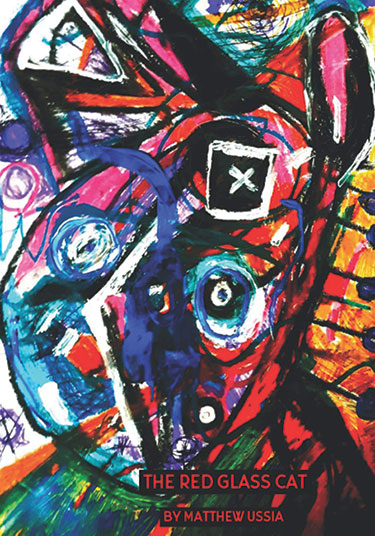 “Out of The Rock Room with / a cloud of second-hand smoke / into cool, thick night air / the silence of Polish Hill” writes poet Matthew Ussia. “This is the skyline of / the secret city,” he confides to the reader. Poetry can be an act of cartography; in his debut collection, Ussia surveys a land of punk-rock clubs, English departments, execrable politicians, urban decay and prowling philosophers. His poems are often acerbic and funny, such as “Bishop Berkeley in the Men’s Room at the Altar Bar,” but Ussia is not afraid to confront the darker realities of contemporary America — as he does when he notes, “I forget when care / became an act of war.” 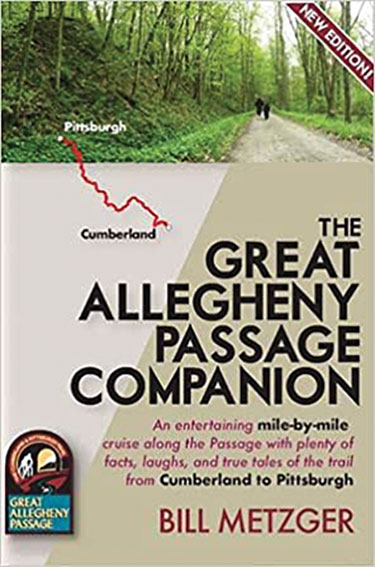 A good guide book is more than maps, transportation schedules and tips on where to find the best steak dinner. The best guide books offer companionship along with inside information. They become partners in our adventures into the unknown. Bill Metzger is an excellent friend to take with you on your journeys along The Great Allegheny Passage, a walkable and bikeable trail of 150 miles connecting Pittsburgh to Cumberland, Maryland, where it links with the C&O Canal Towpath into Washington, D.C. According to the author, the trail “is nothing short of a miracle.” Metzger offers all the important info, including asides on everything from dealing with ticks to fishing along the trail, alongside history lessons as well as funny personal stories from his travels. 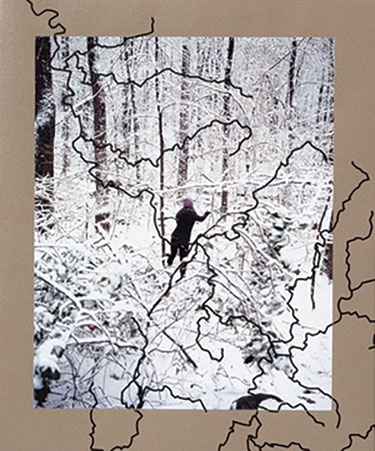 “To live all your life in the same place is to live in a rupture in time. Years slip by without notice, yet hours can feel like seasons. There is no past or present. No future. Only home; only here.” Those words, from Matthew Newton’s essay “Of Body and Blood,” are weaved throughout this evocative collection of Reinhart’s photographs. The photos were taken around the Youghiogheny River Watershed, just south of Pittsburgh, and feature portraits of locals and landscapes. Reinhart’s work is reminiscent of Larry Clark’s intimate photo tableaus, published in his 1971 work “Tulsa,” but where that book indulged in the shocking, “Laurel Mountain Laurel” has a much more compassionate eye, fixed upon the “beauty and awe” found “in unlikely places.” 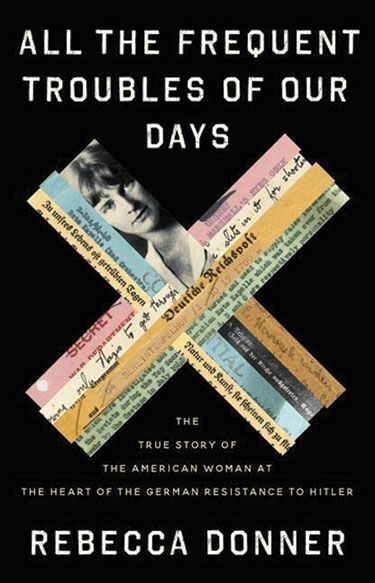 All the Frequent Troubles of Our Days: The True Story of the American Woman at the Heart of the German Resistance to Hitler
by Rebecca Donner
Little Brown; $32

I would like to make special mention of this book, as it was the last literary project worked on by Jude Vachon. Vachon’s death in August 2021 shocked many in the Pittsburgh community. She was a tireless advocate for the marginalized, the isolated and the lost. Her legacy includes the Feminist Zine Fest, Be Well Pittsburgh and her work as a tutor and organizer of art and literary events. She spent seven years in Germany and was fluent in the German language, which is how she found herself working on this project about Mildred Harnack’s effort to stand up against Hitler’s evil. Harnack was executed in Germany on Feb. 16, 1943; Vachon translated the myriad official documents and personal letters used by Donner in the telling of this story. As Donner notes, Vachon’s “passion for this story has sustained me through years of writing.”

This article appears in the June 2022 issue of Pittsburgh Magazine.
Categories: Arts & Entertainment, From the Magazine, Hot Reads

Spotlight: A Vision of Pittsburgh