10 Books to Make Your Winter a Little Brighter

Our book editor delivers a wintry mix of literary delights to chase away those frosty blues. 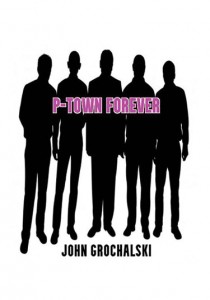 The fictional Ryan Volpe is a beleaguered librarian living in Brooklyn when one day, while grocery shopping, he hears a song he recorded as a teenager with his group, P-Town. That old tune, “Take a Bite (Outta) Me!,” has come back to haunt him as part of the popular TV show “Vampire Wives of Brooklyn.” It puts Ryan on a collision course with the past as he makes his way back to Pittsburgh to join his now middle-aged band mates — Travis, Corey, Bryce and D.J. — for a disastrous reunion. “P-Town Forever” is a comic love letter to the boy band era, as well as to 1990s Pittsburgh. 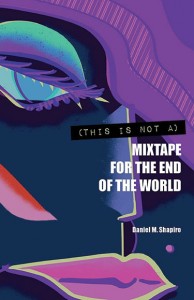 (This Is Not A) Mixtape
For The End Of The World
by Daniel M. Shapiro   bd-studios, $20

If you have ever uttered the catch phrase, “I want my MTV,” then this fascinating collection of prose poems is probably up your alley. Daniel Shapiro long ago staked out the often gaudy and silly territory of pop culture as the primary location for his poetry. Old game shows, snack foods, and hair metal bands are as likely to appear in Shapiro’s work as star-crossed lovers and duplicitous courtiers are in Shakespeare’s. Each poem here is derived from classic-era music videos. Culture Club, The Thompson Twins and Pat Benatar are all here, as well as many you may have forgotten. The poems are wry but never mocking. It’s clear Shapiro loves this stuff. 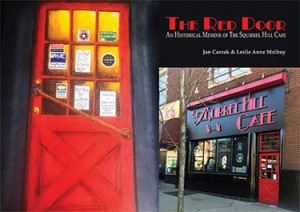 Here it is, the ultimate biography of a Pittsburgh bar — written with flair and wit by the ultimate insiders. Jan Cavrak has put in more than 40 years behind the bar of this Squirrel Hill institution, while Leslie Anne Mcilroy served her own 10-year tour of duty. This is the true story of The Cage (as it’s lovingly referred to by regulars) from 1916, when the building originally housed a fruit vendor, through 1934, when it officially became the infamous watering hole, all the way into the pandemic era. As Mcilroy writes, the book is “an exploration of what transforms a public space into a tangible community.” The authors tell their own stories but also include tales from staff and customers, all the while filling the book with incredible photos of the bar through the ages. 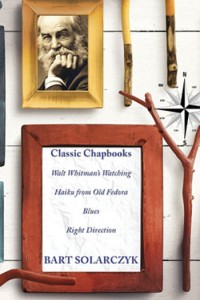 It’s truly amazing how much a great poet can convey with very few words. Take “Phoebe’s Gone” by Bart Solarczyk, which reads (in its entirety), “A box of ash & rattle / warming in the sun // love is love / even when it pees on the rug.” These 20 words about a deceased dog open up an entire case of human concerns: mortality, loss, the vagaries of love, humor in the face of sadness. Solarczyk, who grew up on the South Side and currently resides in the North Hills, is a master of the short poem — a tricky art to be sure. This collection reprints four long out-of-print limited-edition publications. It is said that every grain of sand contains a universe; the same is true of Solarczyk’s poems. 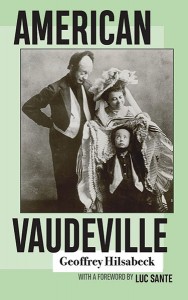 “Vaudeville was everywhere and then, suddenly, nowhere,” writes Geoffrey Hilsabeck of America’s most popular form of entertainment from around the late-1800s until about 1930. Vaudeville was an anarchic mixing of high and low art, containing both sublime oratory and the denigration of African Americans and immigrants. Hilsabeck argues that vaudeville told “the story of America to America.” His book is a collection of very short, poetic essays — a fever dream of jugglers, dancers, comedians, Shakespeareans, acrobats and songsters. “[I]t’s all fistfights and rainbows here,” he writes of the country then; somehow, that description still fits America to a T. 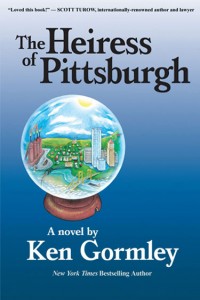 The Heiress of Pittsburgh
by Ken Gormley   Milford House, $24.95

Ken Gormley, the president of Duquesne University, has published several works of nonfiction. He’s the author of the New York Times Bestseller “The Death of American Virtue: Clinton vs. Starr,” as well as an award-winning biography of Archibald Cox, the special prosecutor of the Watergate case. Gormley’s debut novel is at once a courtroom drama and a love story. The case that attorney Shawn Rossi is prosecuting concerns a rape that occurred at Kennywood Park in 1957 and the contested paternity of the child that resulted from the crime. Gormley evokes a bygone and mythical Pittsburgh, a city that was “a hard-working, blue-collar place … where people stood up for each other, just like they watched each other’s backs in the mills.” 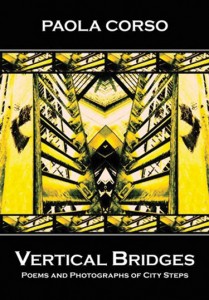 The city of Pittsburgh maintains more than 800 public stairways made up of more than 45,000 individual steps. We have the most of any city in the United States when it comes to what poet Paola Corso has dubbed our “vertical bridges”. Corso has long celebrated our city steps; her “Steppin Stanzas” project has been staging poetry readings and musical performances on the steps since 2016. This collection of poems and photographs is a love letter to our famously steep walkways. As she notes in the title poem, “Steps are vertical bridges, and I want to cross them. / As connections in the landscape. / Connections we make with each other. / That middle ground where we meet.” 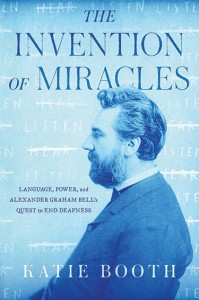 The Invention of Miracles
by Katie Booth   Simon & Schuster, $30

“Every savior narrative begins with compassionate human instinct: you see what you perceive to be suffering and you seek to alleviate it. According to Darwin, it is the noblest part of our nature, and yet it can lead to the darkest places, the greatest violence and violation. Saving can become more important than recognizing; fixing more important than loving.” So writes Katie Booth, a past Pittsburgh Magazine contributor, in her astonishing portrait of Alexander Graham Bell. Bell is most famous for inventing the telephone, but, as Booth illustrates, his legacy concerning the deaf community is perhaps more profound and ultimately most troubling. Bell’s war on teaching American Sign Language, instead pushing his philosophy of Oralism, not only resulted in tragic consequences for the deaf but impacted the author’s own family. Booth weaves the story of her own deaf grandparents throughout the book, revealing the damage wrought by Bell’s crusade in very personal and painful terms. 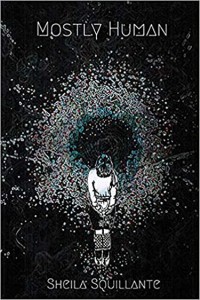 “Baby’s made from language and tree / skin, girl bark, finger root and earth / meat, see?”, writes poet Sheila Squillante of Round Baby, the central character in her latest full-length collection. The book is dedicated to “all the gen-x girls who longed to escape”, and breaking away is a central theme here. Round Baby is an ingenious device that allows Squillante to examine how identity is created without having to resort to the often misunderstood “I.” Rather this Round Baby is a universal avatar, an idea as much as a real person; “She’s an uncontrolled / reactor/reaction. / A level-7 meltdown coming / to a town near you!” A coming-of-age story as well as a creation myth, this is a vital piece of work. 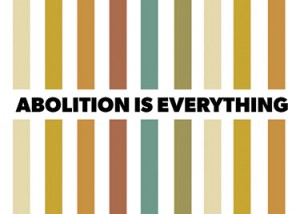 Abolition Is Everything
by Sarah Shotland   Antenna, $40

“Prison abolitionists want to live in a world without jails and prisons, and in order to accomplish that, they work toward building conditions that would allow it to exist,” writes Sarah Shotland. “Abolition Is Everything” is as much an art project as it is a philosophical mission. This small box includes three small booklets, including a personal essay by the author, 50 cards containing information about each state’s prison system as well as a writing prompt, and 50 pre-addressed envelopes to currently incarcerated people, mostly trans individuals. Shotland, a novelist and professor at Chatham University, co-founded the Words Without Walls program, which establishes creative writing groups in prisons and drug treatment centers in Pittsburgh. With this project, Shotland offers each of us a very real way in which our words can positively impact the lives of others while also providing a serious education in the ways and means of the American prison system.

This article appears in the February 2022 issue of Pittsburgh Magazine.
Categories: Arts & Entertainment