It’s the greatest party your inner-child could ever ask for: Nintendo’s masterpiece as you’ve never heard it before. 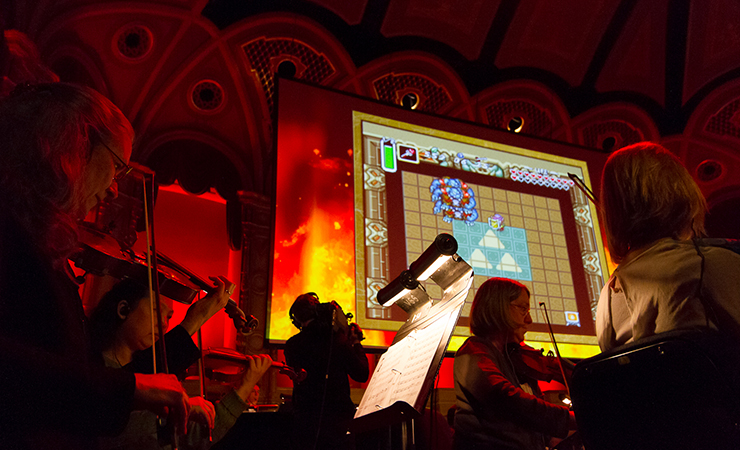 Hey! Listen! Do you love the music of Nintendo’s classic “Legend of Zelda” series? Does the ethereal beauty of the “Great Fairy Fountain Theme” inspire acid-trip-like flashbacks of all-night sessions trying to beat the dreaded Water Temple?

If you have no idea what we’re talking about, this event is probably not for you. If you just had a phantom twitch in your Gamer Thumb, then you’re definitely going to want to be at Heinz Hall for the triumphant return of The Legend of Zelda: Symphony of the Goddesses on Oct. 8.

The orchestrated four-movement symphony will feature all your favorite themes from “Ocarina of Time,” “The Wind Waker,” “Twilight Princess” and “A Link to the Past.”

The performance has received high praise globally, and this description from the Vancouver Observer is especially poignant:

“How beautiful to see an art form revived, the symphony not a dying venue for aging minds but a potent way to communicate emotions via technology. The oldest and the newest forms of communication, joined in a quest for their own cultural rescue.”

Here’s a taste of what you can expect from a performance of the “Hyrule Field Theme” in Berlin.


We just had a nostalgia overdose.

The Living Dead Museum & Giftshop pays tribute to the city’s rich undead history. Until now, a Night of the Living Dead fan making a pilgrimage to Evans City, Pa., didn’t receive much of a welcome. Sure, the city was happy to have visitors, and Evans City Cemetery — the birthplace of the modern zombie — was open to curious movie buffs. But there was no official stop for the undead fan looking to make the trip.

Today, though, there’s a shuffling, moaning home base for Romero fanatics visiting the tiny town. The Living Dead Museum & Giftshop opened Aug. 30 at 121 Main St., only a few miles from the iconic graveyard.

The Living Dead Museum began life as Monroeville Zombies, a ghoulish emporium in Monroeville Mall (site of Dawn of the Dead). After changing locations within the mall several times, however, the crew packed up its brains and headed north. The new digs boast a large shop full of living-dead T-shirts, collectibles and movie memorabilia — including one-of-a-kind remnants of the Dawn of the Dead sets — to go along with the museum proper.

Currently, there are tributes to a wide range of zombie icons — from Fulci to Michael Jackson — and a look at the production history for Night of the Living Dead, along with a not-yet-complete zombie timeline and undead history roundup. Future exhibits will explore The Crazies (another Evans City production), “The Walking Dead” and more; plus, a partial recreation of the Dawn of the Dead set is in the works.

And just as a severed-heads up: Pittsburgh Magazine will have an extensive zombie road trip plan for you soon, so keep an eye out for our October issue.