You've Never Seen a Map of Pittsburgh Like This

An Indiana, Pa., native has created a map of the 'Burgh that will have you staring at it for hours. 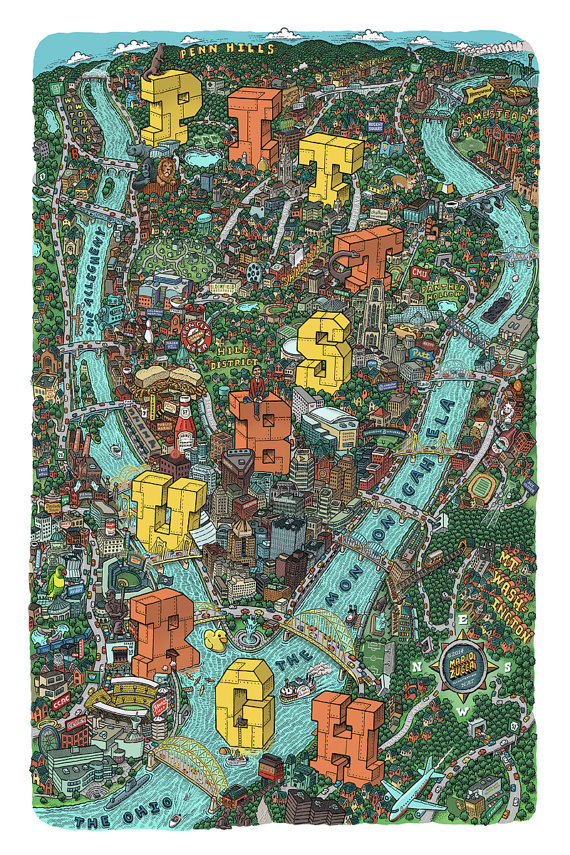 Besides being a busy illustrator who has worked for clients including The New York Times, ESPN, Time and Maxim, Mario Zucca is an Indiana, Pa., native. One who currently lives in Philadelphia. But he apparently has spent a significant amount of time in Pittsburgh — all the way down to details such as the location of the city's finest climbing wall and the changing origin point of I.C. Light.

Zucca’s illustrated map of Pittsburgh depicts much of downtown and surrounding areas with a remarkable amount of detail, humor and love. All the expected landmarks are well-represented, as are seemingly personal favorites such as D's Six Pax & Dogz and Riverside Renegades Paintball.

The maps are available for preorder now and will ship in plenty of time for stocking-stuffing season. In the meantime, pore over the map in search of your favorite detail — ours is the quite literal depiction of Bicycle Heaven in the lower left.
—Sean Collier 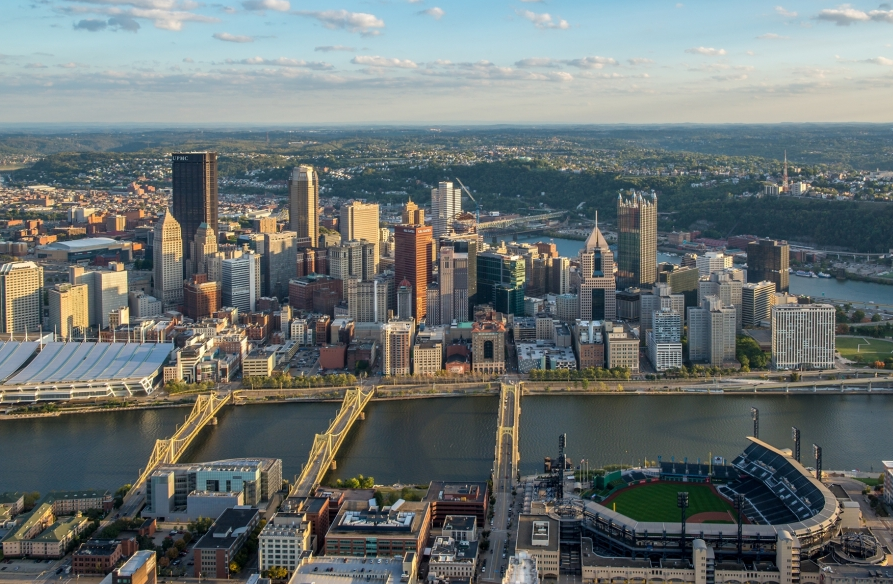 #RealEstate: Pittsburgh predicted to be No. 1 among first-time homebuyers

The folks at the online real estate company Zillow predict Pittsburgh will be the No. 1 market in the country for first-time homebuyers in 2015.

The study says Pittsburgh comes out on top in a formula which combines income growth, home prices, and availability, the Pittsburgh Business Times explained.

Following Pittsburgh in the rankings were Hartford, Conn., Chicago, Las Vegas and Atlanta. Zillow’s chief economist predicts millennials (those under 35 who are typically first-time buyers) to become the largest age group of homebuyers by the end of the year.
—Richard Cook