Your Ultimate Holiday Guide to Family Fun in Pittsburgh

We found the must-do events you should put on your holiday bucket list this year. 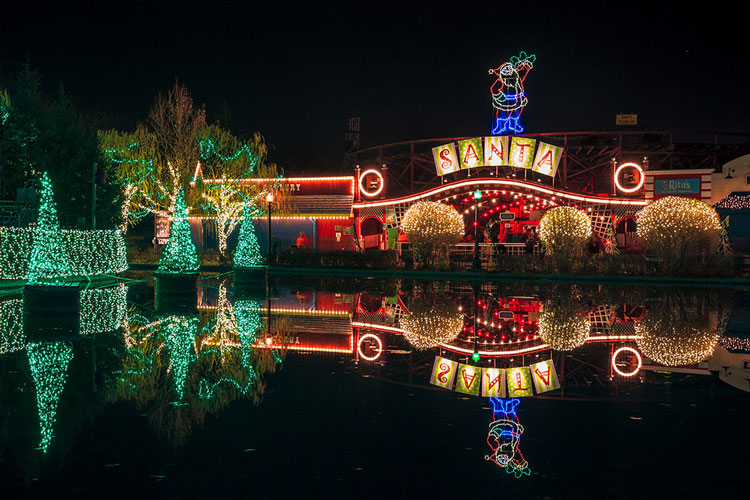 The holiday season has arrived. For many families, this means it’s time to start on a number of traditions, from putting up a Christmas tree to taking the kids to the mall for a picture with Santa. If the following aren’t already on your list, you may want to add them this year. 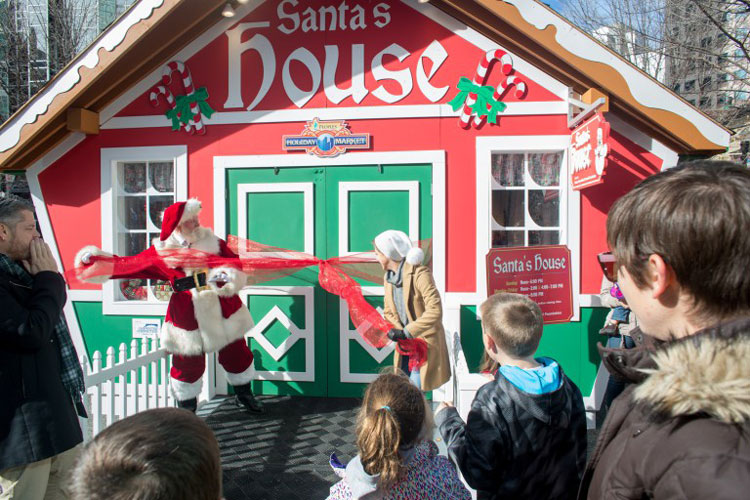 One of the simplest traditions of Christmastime is made simpler at places such as The Waterfront and Market Square — where pictures with Santa are free.

Santa’s Workshop at The Waterfront offers photos on Saturdays, Sundays, Mondays and Wednesdays until Dec. 19, with the season kicking off on Dec. 1 with a ticketed breakfast with Santa. There will also be a special Sensory Friendly Santa Visit from 11 a.m. to noon on Sunday, Dec. 16. Donations in exchange for photos with Santa will be accepted on behalf of Make-A-Wish® Greater Pennsylvania and West Virginia.

Market Square is without a doubt, a thriving place during the holidays. With the Peoples Gas Holiday Market, which features a Bavarian Village of small Christmas shops, you can cross a lot off of your shopping list with just a trip around the square. Within this village of shops, Santa Claus himself can be found posing for pictures with families in exchange for a donation to the Greater Pittsburgh Community Food Bank. 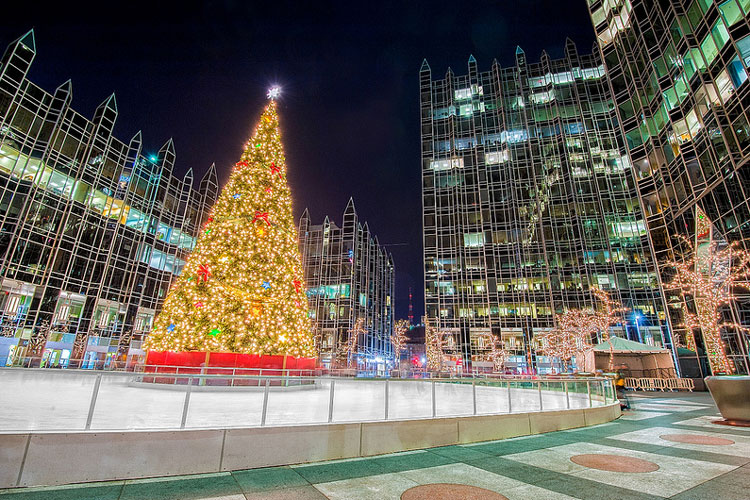 After a walk around Market Square, guests can stroll just a few feet down to PPG Place for more holiday fun. Kicking off on Light Up Night, the MassMutual Pittsburgh Ice Rink at PPG Place will be open to the public daily for skating around a massive Christmas tree — on a rink larger than that at Rockefeller Center. Saturdays throughout December will give kids the opportunity to skate with Santa, and the rink will remain open until March.

Though there isn’t a large pine tree at the center of the rink, Schenley Park is another great destination for winter fun. The rink will have a skating with Santa session on Sunday, Dec. 16 and hosts numerous other events throughout the winter season.

Gingerbread Displays at the Wintergarden at PPG Place

Also in PPG Place, guests can drop by the Wintergarden for a display of international Christmas traditions, called “Spirits of Giving from Around the World” and a collection of hundreds of homemade gingerbread houses.

The Spirits of Giving display includes a statue of the different versions of Santa Claus in other cultures including Viejo Pascero of Latin America and Grandfather Frost of Russia. The statues are lined up at the edges of the Wintergarden, while the gingerbread houses sit at the center of the large room around another massive Christmas tree. Boy and Girl Scout troops, elementary school classes and youth groups, among many other organizations of children submit their own creative gingerbread houses to compete for the best houses. 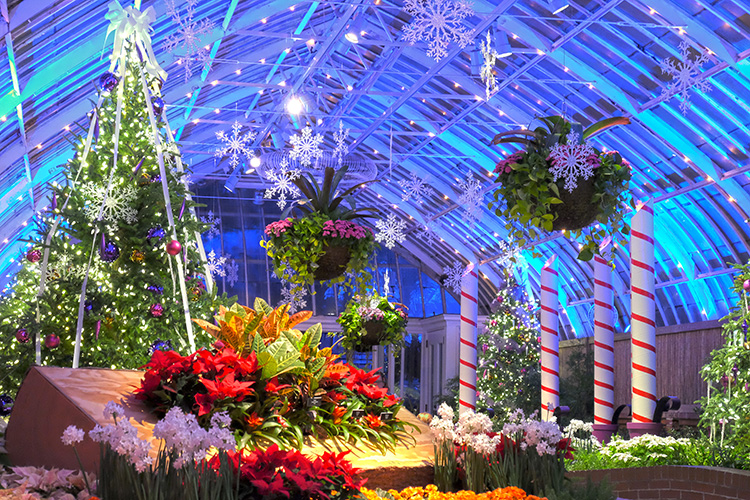 Amidst its greenery, Phipps Conservatory and Botanical Gardens hosts a popular presentation of holiday lights each year. This year, the exhibit is titled, “Holiday Magic: Let It Glow!” and will run from Nov. 23 through Jan. 6.

in addition to the light show, admission to Phipps during this time also gives you a chance to check out the winter flower display. Phipps claims that this year will be, “bigger, brighter and more breathtaking than ever,” and thus is requiring guests to order timed tickets in advance.

At noon on Sunday, Nov. 18, catch a Sensory Sensitive Screening of #TheGrinch! The film will be shown in 2D, with the theater's lighting adjusted to accommodate visitors who are on the #autism spectrum or those with sensory sensitivities Info: https://t.co/GO8wftoAV1 pic.twitter.com/fZG9qRGwkb

Dr. Seuss’ famous green scrooge is back in 2018 with a new animated take on the classic tale. A 3-D version is playing at the Rangos Giant Cinema — an immersive IMAX theater at the Carnegie Science Center — through Nov. 29. The kids will feel like they can reach out and shake the Grinch’s hand or pet his beloved companion Max the dog. 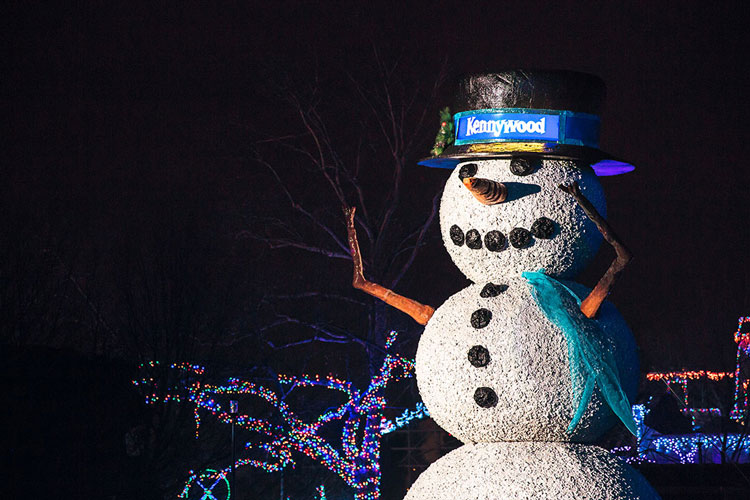 Kennywood Park is one of Pittsburgh’s top summer destinations. However, the amusement park is open for a brief period of time in the winter as well to celebrate the holidays. According to Kennywood’s website, this year will boast more than two million twinkle lights and the largest Christmas tree in Pennsylvania.

Kennywood will also have select rides (the new Thomas Town attraction, the Kangaroo, Noah’s Ark and more) open to guests on a weather-permitting basis. The rides will be decked out in lights just like the rest of the park. The light-up fun starts on Nov. 23 and continues on weekends through Dec. 30. The park will also host the Holiday Lights event on three weekdays after Christmas, Dec. 26-28. 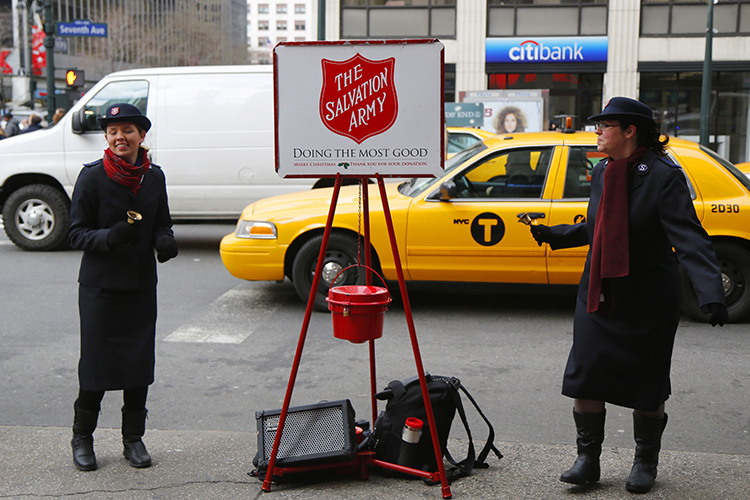 The city of Pittsburgh is not lacking in fun holiday events — and it is also wealthy with charities and fundraisers for local organizations and good causes at this time of year. In light of the Tree of Life Synagogue tragedy, Fleet Feet Pittsburgh will host its eighth annual Holiday Lights Run & Charity Raffle to benefit the Fund for Victims of Terror on Dec. 13. Other local charities to consider donating to at any time — but especially during the season of giving — include Toys for Tots, Make-A-Wish, Presents for Patients and Greater Pittsburgh Community Food Bank.