Your Pittsburgh Potty Could Be Featured in a New Book 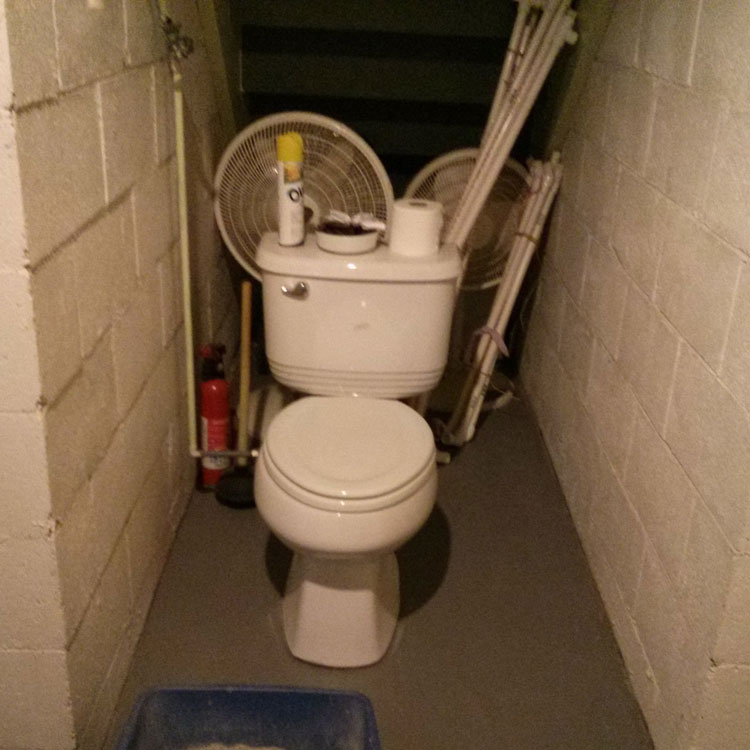 Imagine a stranger appearing at your door asking to photograph your home’s Pittsburgh potty.

Ted Zellers, a Maryland native who has lived in Pittsburgh for more than 10 years, is putting together a coffee-table book about basement commodes that are common in older homes around here.

He began by asking friends to allow him to take pictures of their potties, then expanded his search to social media and is going door-to-door in older city neighborhoods such as Troy Hill, Carrick and Morningside.

"Almost everybody is nice about it," Zellers tells the Pittsburgh Post-Gazette. "I expected this to be kind of a weird thing, but most people I tell this project to — including the people where I knock on their doors — recognize that this is a culturally valuable thing, and it is interesting, and they wish me well."

Because of the area’s hilly topography, many homes have outside access to the basement. Rather than bring their grime into a home’s main living area, workers in the steel, mining or construction industries would change and wash up in the basement. The toilets were stand alone without walls or dedicated sinks.

“Oftentimes, there’s not even a tissue holder — just a roll of toilet paper on the tank,” John DeSantis tells the PG. As former chairman of the city’s Historic Review Commission and executive director of the Pittsburgh Home & Garden Show, DeSantis is a bit of an expert on Pittsburgh potties.

DeSantis says many suburban homes were also built with basement toilets because homebuyers here were used to them.

“Families with kids who play anything outdoors, chances are they are not exactly clean,” he says. “In a more urban sense, these Pittsburgh potties are the forerunner of the mudroom.”

In many cases,  Zellers found homes that no longer have their Pittsburgh potties — either because they’ve been remodeled as part of a traditional bathroom or they have been removed entirely. For that reason, he wants to gather as many photos as possible now.

Zellers say he's collected 100 pictures so far. No word yet on when the book might go to print.