Featuring everything from fireworks and magicians to contemporary ballet and wooden kazoo-making, the family-friendly event lives up to its claim of having something for everyone. 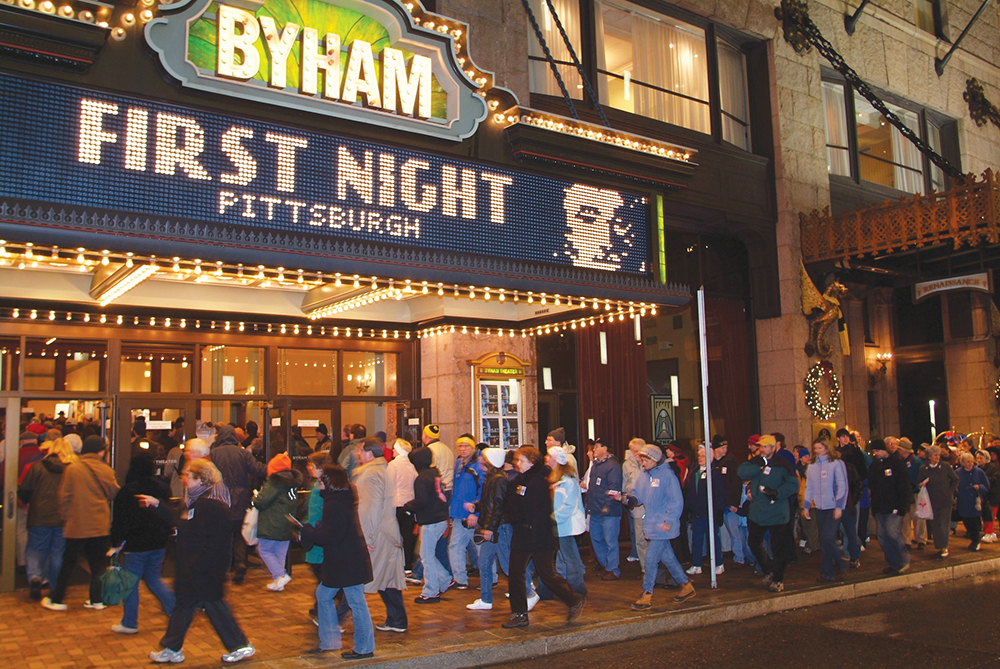 New Year’s Eve can be a tricky holiday. It’s a night with a reputation for glitz and glam but tinged with sadness, too, the old year quietly leaving the party and closing the door behind itself.

Movies such as "When Harry Met Sally" and "Money Train" suggest that the only pursuits worthy of the last night of the calendar year are those of true love or high adventure.

That’s a lot of pressure.

Luckily, Pittsburghers can take an emotional middle ground at the frenetic 21st annual Highmark First Night celebration. Featuring everything from fireworks and magicians to contemporary ballet and wooden kazoo-making, the family-friendly event lives up to its claim of having something for everyone. Bonus? Ninety percent of the night’s 150 events will take place indoors. So you can get fancy in comfort.

For the early-to-bed, early-to-rise Pittsburgher:
If you prefer to bid 2014 adieu before the stroke of midnight, or if you have tiny people to introduce to the joy of New Year’s Eve, consider checking out the 6 p.m. fireworks display at the Dollar Bank Stage.

For the theater enthusiast:
At 937 Liberty Ave., the Pittsburgh Playwrights Theatre Company and playwright FJ Hartland will present holiday works, including Hartland’s charming “Postcards From a Dead Dog.”

For the mover and shaker:
The Fed-Ex Ground Parade begins at 8 p.m. with Rick Sebak taking the lead as Grand Marshal. With a theme of “Imagination: Delivered,” the extravaganza will feature art cars, massive puppets and a squadron of bikes.

For those unimpressed by the traditional arts:
If nationally acclaimed country or brass band music doesn’t strike your fancy; if neither improv comedy nor gallery shows will do; if hands-on activities for the kids or Pirate Parrot and Steely McBeam aren’t quite your speed, do not despair. There’s still a four-hour-long production that will feature fire-breathing and ice carving at Fire & Ice Plaza in the Eighth Street parking lot, bellydancing with Cattywhomp Tribal and the aforementioned kazoo-making.

For those with more questions:
Some events require free vouchers to attend and are first-come, first-serve. For more information and to buy entry buttons, visit the event’s official portal. Counting down to the New Year will culminate in a Zambelli fireworks finale.