Your Complete Guide to the 2016 Summer Movie Season

Make the night memorable. Go see a movie then do something thematically related and cool afterward. Don't worry, we have plenty of ideas. 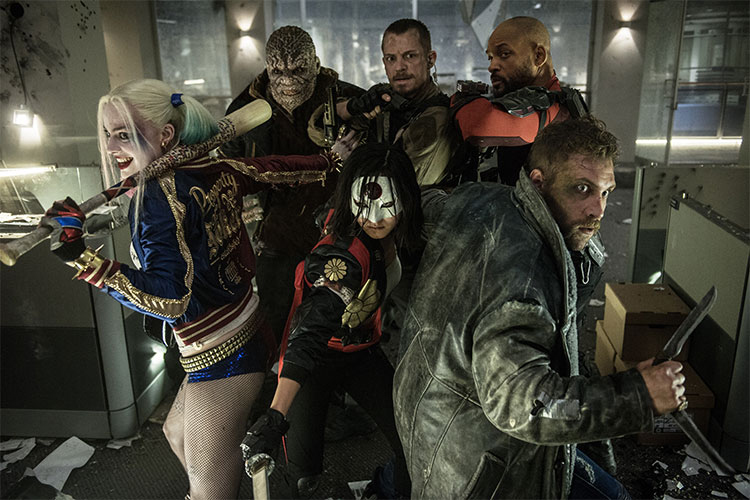 It’s hard to disassociate the warm months from big, tentpole releases; people head into an air-conditioned theater to escape the summer sun or cap off a full day with a relaxing trip to the movies. It’s been that way for decades, at least since “Jaws” took over the summer of 1975 — and yes, there are still gigantic science fiction and action epics unleashed into theaters regularly from May until August.

But those films are now laying claim to the rest of the calendar as well. “Star Wars: The Force Awakens” debuted not amidst midsummer fireworks but the snows of December (and the first spinoff film in the Star Wars universe, “Rogue One,” is set to open Dec. 16 of this year). If anything, this preview is arriving late; eager to get a jump on the competition, “Batman v Superman: Dawn of Justice” attempted to launch the summer season back on March 25, and the presumptive box office champion for 2016, “Captain America: Civil War,” debuted last week.

That’s a lot of capes before Memorial Day.

Nevertheless, a bevy of hotly anticipated flicks will call the masses into the multiplex between now and the fall. To repeat the rules of the After Dark Summer Movie Preview from last year's edition: these are the hopeful blockbusters, not the art flicks; we’ll save those for November. We’re skipping the family fare, as your decision on those tickets will be made not by buzz and critical acclaim but rather by the frequency and tenor of your children’s entreaties.

And once again, we’re suggesting a post-film activity, so you can make each trip to the movies a great summer night in the ’Burgh.

May 13
A number of recent dramas have tried to tackle the financial crisis head-on, with varying results. This one stars George Clooney and Julia Roberts, so it at least has the air of a serious contender. After the Movie: I’m tempted to tell you to call your accountant for a check-up. But instead, I’ll tell you to have a frugal night out via the a la carte tacos and $6 beer-and-a-shot deal at Bakersfield.

May 20
Russell Crowe and Ryan Gosling team up for a crime comedy about private eyes in over their heads. Shane Black, the writer of the “Lethal Weapon” franchise and director of “Kiss Kiss Bang Bang,” is at the helm. After the Movie: “The Nice Guys” oozes ’70s kitsch; you’ll want a retro beverage. Sure, tiki bars faded from the landscape in the 1970s, but how many people actually know that? Head to Hidden Harbor for a throwback drink.

May 20
The R-rated comedy starring Seth Rogen, Rose Byrne and Zac Efron was a big hit in 2014. Was a sequel necessary? No, but that never stopped anyone. This one adds Chloe Grace Moretz as the head of the sorority next door. After the Movie: Assuming you are over the age of 25, this might be a good time for a stroll around Oakland. Not to reclaim your college glory — but to remind yourself that you’re very lucky to have left keg parties and streaking in the past.

May 27
The increasingly muddy X-Men franchise continues its march towards oblivion, as the younger generation of mutants — the one with Jennifer Lawrence and Michael Fassbender — teams up to defeat a mighty foe. After the Movie: I haven’t seen the film yet, but early word has been … foreboding. Which means that, should rights holders 20th Century Fox throw in the towel, the X-Men may eventually follow in Spider-Man’s foosteps and join the proper Marvel Cinematic Universe. Head to South Side Comics and buy some books to see how great it is when Wolverine hangs out with Iron Man and company.

“Alice Through the Looking Glass”

May 27
The sequel to the 2010 live-action “Alice in Wonderland” has Johnny Depp, Anne Hathaway, Sacha Baron Cohen, Mia Wasikowska and more. In the trailer, they all look like they’d rather be elsewhere. But those Disney checks are big. After the Movie: Go for a stroll on Grandview Avenue. There’s nothing that will recall Lewis Carroll up there, but you’ll want to see some scenery that’s actually real after gawking at all that computer-generated soup for the better part of two hours.

“Teenage Mutant Ninja Turtles: Out of the Shadows”

June 3
You know what, I can’t even pretend this is an actual thing people should consider attending. After the Movie: After the movie is not applicable, because no one should attend a showing of this movie in the first place.

June 3
“SNL”-born comedy favorites The Lonely Island — Andy Samberg, Akiva Schaffer and Jorma Taccone — skewer modern pop stars in this mockumentary. After the Movie: I can issue a guarantee: Sometime in the next 10 years, a comic talent will wind up on “SNL” after matriculating in Pittsburgh. See a potential future cast member at Arcade Comedy Theater.

June 10
The sequel to the 2013 horror hit concerns the case of the Enfield Poltergeist, a famous and widely debated haunting that terrorized a London family in the last 1970s. After the Movie: You’ll want somewhere brightly lit, I think. Somewhere where potential poltergeist activity wouldn’t even be noticed above the hubbub — and it is my personal belief that ghosts are allergic to gambling. Hit the slots at Rivers Casino.

June 10
Millions of people worldwide spend their free time in the online game “World of Warcraft,” which has been around long enough to inspire a robust mythology. Now the devoted and curious will have a chance to see how those tales translate to a very different form of storytelling. After the Movie: It’s not advisable for anyone with things to do during their day to develop a “World of Warcraft” habit. Play a game that’s easier to put down at Victory Pointe.

June 10
For some reason, there’s a sequel to the coolly received 2013 drama about outlaw magicians. At least the cast, led by Jesse Eisenberg, Woody Harrelson and Mark Ruffalo, is solid. After the Movie: Take in a performance by Pittsburgh’s globetrotting magician, Lee Terbosic. Alternate plan: skip the movie and just see Lee’s show.

June 17
Kevin Hart trades local police work for the CIA and Ice Cube for Dwayne “The Rock” Johnson in this action-comedy that looks an awful lot like the “Ride Along” movies. After the Movie: Kevin Hart is certainly among the most famous comics to have taken the stage at the Pittsburgh Improv. Grab a ticket for a touring headliner; the weekend “Central Intelligence” debuts, Bruce Bruce is scheduled to perform.

June 24
Now that’s a long wait for a sequel: 20 years after the original “Independence Day” hit theaters, the invading aliens return to Earth for a rematch. Jeff Goldblum reprises his role; Will Smith does not. After the Movie: Check to make sure no hostiles are en route while taking a tour of the Allegheny Observatory.

“The Legend of Tarzan”

July 1
I did not know this was a thing until I started working on this post. Alexander Skarsgård stars as the early-cinema icon; Margot Robbie plays Jane. After the Movie: Swing between the treetops in North Park via Go Ape, the zipline and ropes course that actually features an obstacle called the Tarzan swing. Practicing your Tarzan-esque bellow while swinging is strongly discouraged (or it should be).

July 15
Unfortunately, much of the pre-release buzz around director Paul Feig’s remake of “Ghostbusters” has been griping about either the all-female cast or the film’s status as a reboot rather than a sequel. Tune out the haters: Feig is great, and he’s got an all-star cast. This should be good. After the Movie: Haunted Pittsburgh doesn’t just operate in the Halloween season; you can get some local haunted history year-round.

July 22
J.J. Abrams’ 2009 revival of “Star Trek” excited fans and newcomers alike — but its sequel, 2013’s “Star Trek Into Darkness,” was less well-received; Abrams had by then jumped ship to work on the rival “Star Wars” franchise. Justin Lin, who directed four films in the “Fast and Furious” series, tries his hand with Captain Kirk. After the Movie: Hmm, I exhausted my space tie-in with “Independence Day,” didn’t I. Uhh … go to Kennywood? Never a bad idea.

July 29
The three Matt Damon-led “Bourne” films were huge, well-regarded hits. The fourth film in the franchise, which instead featured Jeremy Renner as a new character in the lead role, didn’t fare quite as well commercially or critically. Damon returns to try and reignite the series. After the Movie: Orchestrate a dazzling escape of your own at Escape Room Pittsburgh.

August 5
In many ways, this represents the last opportunity for the DC Comics/Warner Bros. partnership to get in the good graces of filmgoers. The bleak, no-fun tone of “Batman v Superman” was widely criticized, even as the film made a boatload of money; if DC’s dark output is ever appropriate, it will be here, on a tale of supervillains recruited to work for the good guys. After the Movie: Revisit better days for Gotham by hitting the spots around town where “The Dark Knight Rises” was filmed. This site has a map.