Young Slugger: Josh Bell is the Latest Up & Coming Pirate

The rookie first baseman is outpacing the team’s all-time mark for rookie home runs — and fans are taking notice. 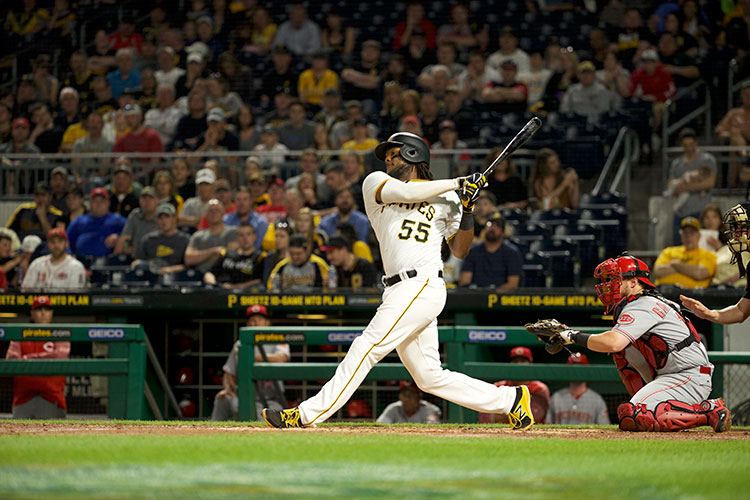 Photos courtesy Pittsburgh Pirates
On July 6, Pittsburgh Pirates first baseman Josh Bell floated an offering from Philadelphia pitcher Jeremy Hellickson over the left-field wall. It was the 16th round-tripper of the season for the 24-year-old; with it, Bell broke a long-standing team record. Sixteen is the highest home-run total any Pirates rookie has logged prior to the All-Star break. The previous mark, 15, was set in 1946.

The guy who set it? Hall of Famer Ralph Kiner.

The Irving, Texas native says his hot streak is a matter of focus. “When I started going on a little bit of a run there, I just slowed the game down and tried to get my barrel to the ball,” Bell says. “I tried to simplify my mechanics and let the ball come to me. That’s when the ball starts jumping for you.”

It’s a year of increased power across Major League Baseball; at the break, New York Yankees right fielder Aaron Judge, also a rookie, had already sent 30 balls over the fence. George Springer, Houston’s center fielder, had hit 27. Statistical and scientific breakdowns have begun to assert that some of the increase is due to subtle changes in the balls themselves — a claim which doesn’t yet have widespread acceptance among players: “I don’t believe in conspiracies,” says Pirates utility player John Jaso. “I feel no difference.”
Regardless, Bell seems dialed in to a degree that cannot be explained by mere physics — and fans have taken notice. The Pirates, after all, are not traditionally a power-first team; the late Kiner still holds most of the club’s home run records (including the season mark, with 54 in ’49). The fireworks have made the rookie a new fan favorite; in June, the local-sports parody and tribute site Benstonium tweeted out a dramatic take on a Metallica album cover, reworked to read “For Whom Josh Bell Tolls.”

“I love playing here at home,” Bell says. “I love playing in front of a packed house and hearing the crowd get electric.” (He remains responsive to fans — his current walk-up music, Dr. Dre’s “Keep Their Heads Ringin’,” was suggested by a fan on Twitter.) 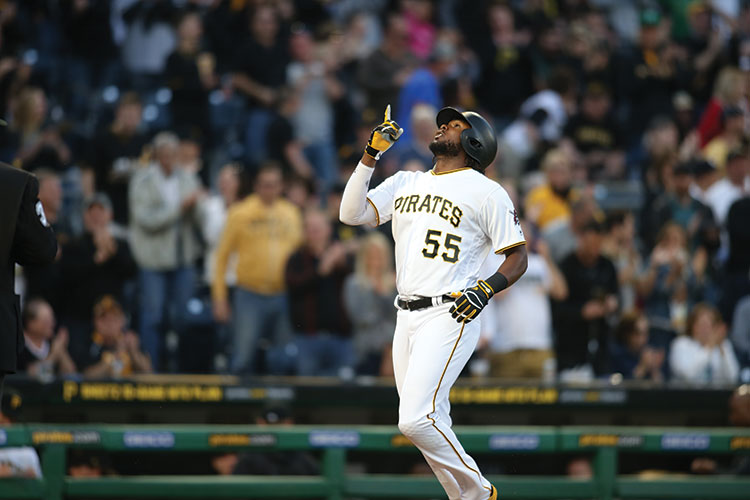 Bell’s average has lagged behind the rest of his numbers; despite posting a serviceable on-base percentage (.322), he’s hitting a lackluster .239. But while some power hitters seem content to let the average fall where it may as long as the slugging percentage is high, Bell is far from content.

“The sky is still the limit there, when it comes to average and what I can do on a baseball field,” he says. “I look at myself in the mirror, and I don’t see a .230 hitter.”

It’s a tricky situation for a young player; Bell still has skills to develop and time to improve. But in an up-and-down season for the Pirates, he leads a group of rookies — also including outfielder Jose Osuna and catcher Elias Diaz — that has reinvigorated the clubhouse.

“It’s a role mentality that we learned in the minor leagues,” Bell explains. “Having that grit — showing up to play every day … it seems like everybody that comes up really has a chance to help our team. 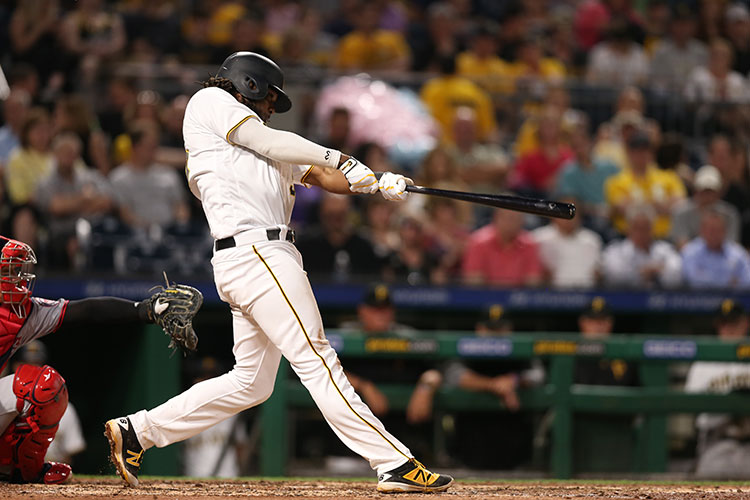 “Hopefully, we can be that new core.”

Fortunately, help from the younger crew — whichever younger crew that may be — has become something of a tradition among the modern Pirates, both on the mound and at the plate. Since the debut of Andrew McCutchen in 2009, buzz has consistently surrounded the upcoming crop of young Bucs; while none has had the impact of Cutch, plenty have become fixtures. Bell attributes it to preparation and training through the Pirates’ system — and, only a year into his service as a big-leaguer, he espouses a philosophy that Pittsburgh fans will recognize as one that leads to championships.

“From the get-go, we have our mental conditioning classes. We have thoughts about the mentality behind the game: slowing things down where you can, controlling your heartbeat … You spend [years] in the minor leagues learning these things. So when you get up to the big leagues, it’s not like, ‘Oh wow.’

This article appears in the August 2017 issue of Pittsburgh Magazine.
Categories: From the Magazine, Pirates