You Won’t Believe How They Cleaned the Kaufmann’s Clock

The answer is much stranger than you could ever imagine. 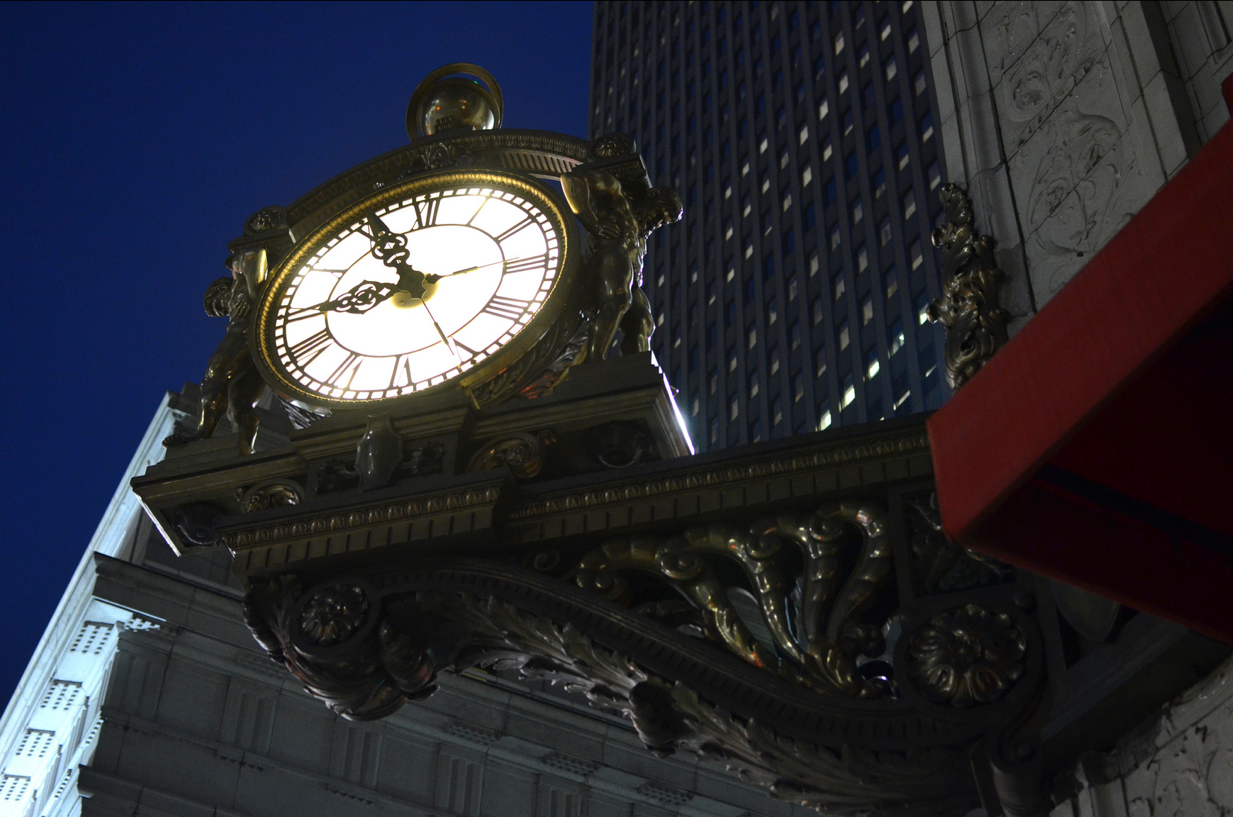 The venerable Kaufmann’s Clock turns 100 this year. We get all warm and fuzzy inside when we think about how many Pittsburghers have met up underneath the landmark throughout its life (especially in the mad days before cell phones). Our guess is at least 3 million, but please feel free to dismantle our arithmetic in the comments section.

Even after all this time, the red-brass beauty is still shiny. How in the world do you clean a 2,500-pound clock? We asked our friends at Macy’s, and the answer is more incredible than we imagined.

It turns out the clock was taken down for cleaning in 1987. A team of 15 specialists dismantled the clock into 100 pieces. Don’t worry — the team tagged, numbered and photographed the parts to ensure that the puzzle could be put back together. Unfortunately, 74 years of soot, grime and pigeon punishment had taken a serious toll. Multiple chemical cleaners and solvents failed to do the job.

So what’s tougher on grime than chemical cleaners? Corncobs.

More than 1,000 pounds of ground corncobs were blasted at the dirty clock pieces using bridge-cleaning equipment. Yes, this is a real thing. You can even buy your own bag of corncob cleaner online.

Ten weeks after it was taken down, the refurbished Kaufmann’s Clock was unveiled at Light Up Night ’87. 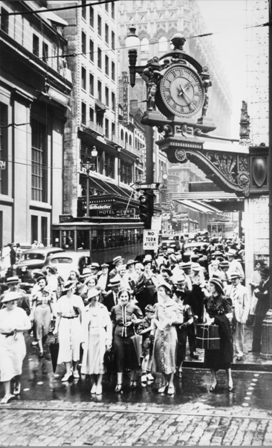 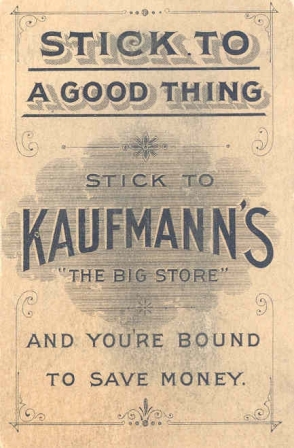 Did you know?
The 100-year-old clock that we know is actually not the first Kaufmann's Clock. The original, which was installed in 1884, was a four-faced clock that stood on the corner of Smithfield Street and Fifth Avenue. When the building was remodeled in 1913, the freestanding clock was removed and the current one was installed. It received landmark status in 1981 from the Pittsburgh History & Landmarks Foundation. 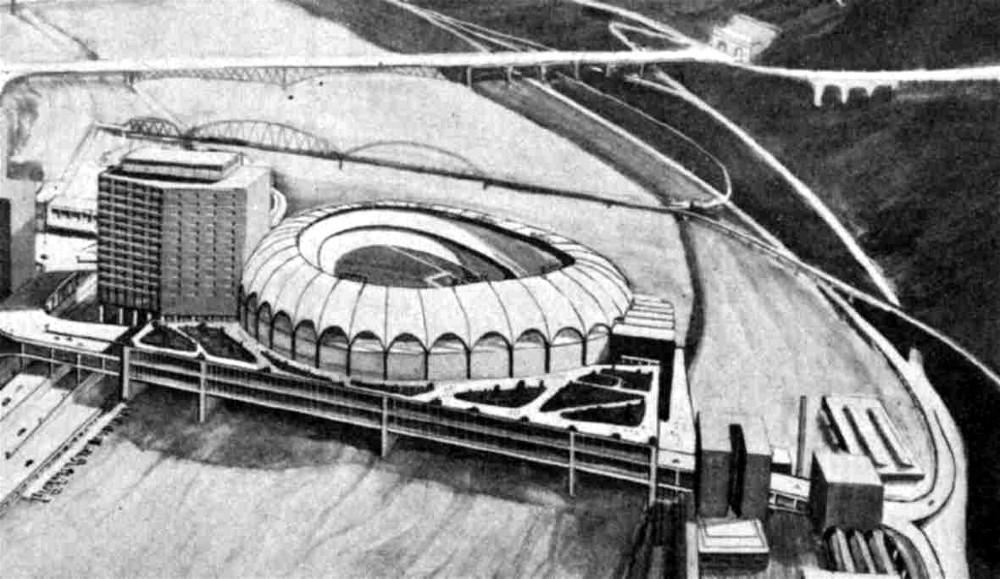 Photo via The Carnegie Library of Pittsburgh

What if Three Rivers Stadium was built, literally, on the river? This bold architectural plan from the 1960s, presented by NADCO Engineering Co., proposed that a dual-use football and baseball stadium be constructed directly over the Monongahela River.

Too weird? Then you won’t be surprised to know that the consulting architect on the project was from France. The 70,000-seat stadium was to include an adjoining hotel, 4,500 indoor parking spots, 100 air conditioned bowling alleys, the world's largest covered boat dock and hanging gardens overlooking the river. 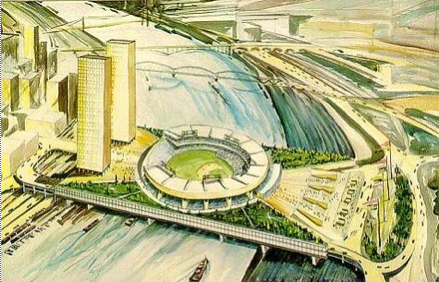 The best part? The plan claimed to be “completely self-liquidating” with “no tax loss.”

We know of one blog that would've loved that.

#YES: This Halloween costume is the greatest 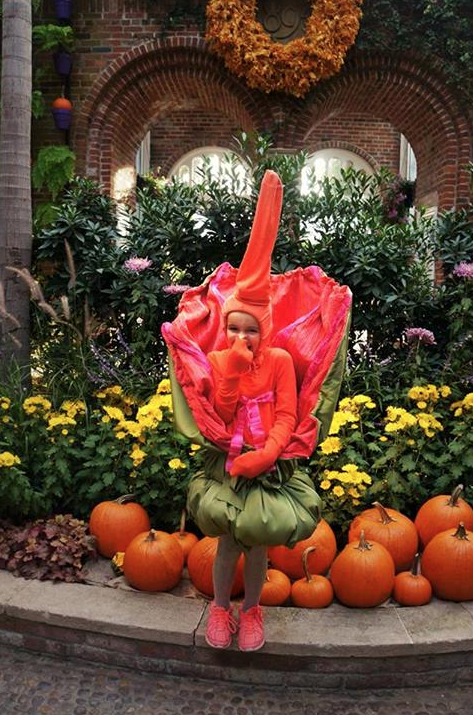 Yes, that's a Corpse Flower costume. Kids are the best.