You Try It, Being a Meteorologist In Pittsburgh Isn't Easy

Aside from a Steelers loss, nothing seems to fire up Pittsburghers more than a blown weather forecast. 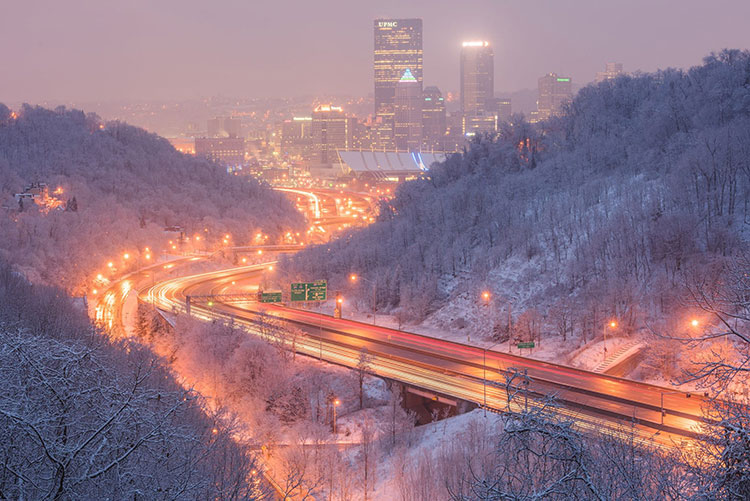 I was just as surprised as everyone else when I went to bed Saturday night and there was less snow on the ground than there had been at the beginning of the day. Cold rain had washed it away, along with the dreams of many kids hoping for a full day of sledding and snowball fights.

I was not surprised, however, at the avalanche of criticism dumped on Pittsburgh’s meteorologists who must come out of the womb with thick skins.

“Should have named this Winter Storm Le’Veon, it never showed up!” wrote a frustrated viewer on Facebook. “Taking back toilet paper and bread since [the storm] has been downgraded,” wrote another. “Never again will I listen to this crap,” concluded one more critic.

From the beginning, everyone from the National Weather Service to Punxsutawney Phil said this was a complicated and hard-to-predict storm. The snow still got here just not in the amounts initially expected.

I was fortunate to work with many talented meteorologists during my years as a TV news producer, many of who are still on the air today, and I came to appreciate the extraordinary difficulty of predicting Mother Nature. Their critics should realize that these men and women predict the weather, not control it. Mother Nature doesn’t have cable and does her own thing.

As for the hype prior to the storm, don’t blame the people in the weather department, blame their bosses. Nothing spikes TV ratings like a good snowstorm, and news directors know that and act accordingly.

We don’t live in Phoenix or San Diego, where the weather is easy to predict. “When it comes to forecasting winter storms, distances as relatively incremental as 25-50 miles can make a big difference. Add in our topography – mountains and valleys – and forecasting what's going to fall, when it’s going to happen and where it have an effect is a challenge,” WPXI meteorologist Stephen Cropper says.

Even the legendary Joe DeNardo missed a few. He recounted one of those blown forecasts during WTAE’s 50th anniversary special in 2008.

“Good job on the forecast DeNardo,” quipped the late Paul Long the day after a surprise snowstorm hit. “I just shoveled six inches of partly cloudy off of my driveway before coming to work.”

That had to sting.