As the Pittsburgh Botanic Garden digs into conservation and opens continuously to the public, outlets for recreation and research are in bloom. 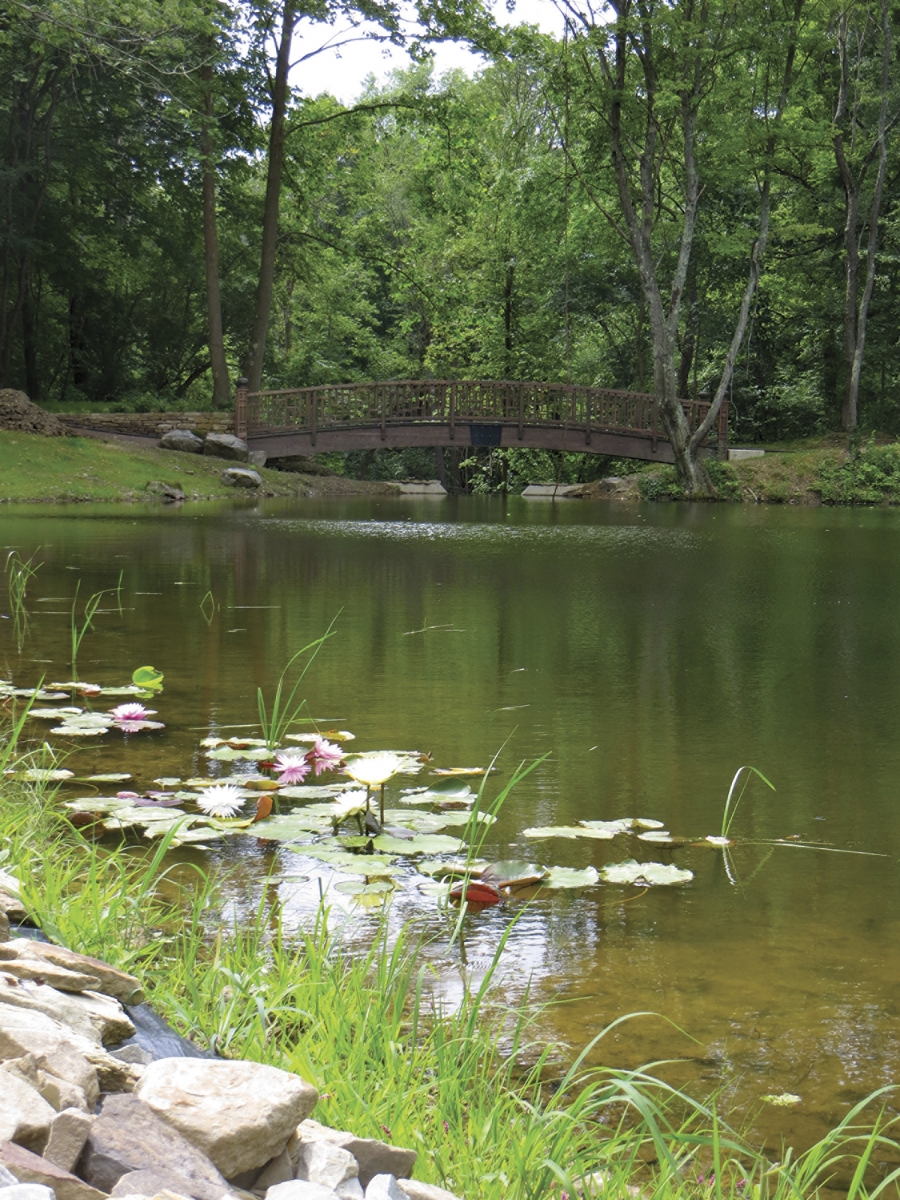 With so many images of our world now available on a computer or smartphone screen, it’s possible that we’ve lost our ability to read nature.

“And that does not bode well for the planet,” says Kitty Vagley, director of development at Pittsburgh Botanic Garden.

The literature of the natural world continuously is revised at the sprawling new garden near Oakdale, a growing trove of environmental work and appreciation. The idea for the Botanic Garden, a site intended to serve the community with tours, research, events, education and volunteerism, first germinated among a group of garden enthusiasts who in 1988 formed the Horticultural Society of Western Pennsylvania. In 1998, they leased the former farm property near Settler’s Cabin Park from Allegheny County to create the region’s first major outdoor public garden. Work to reclaim the property began in 2010. 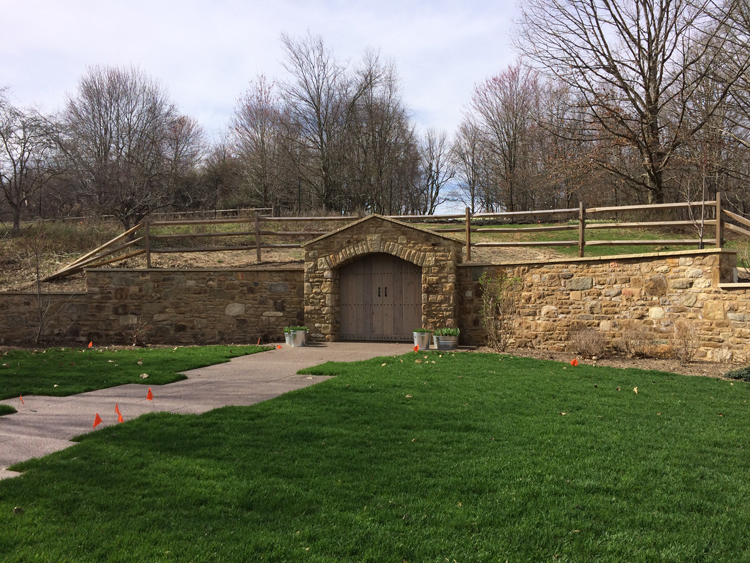 The first 60 completed acres of the ongoing conservation project opened to visitors in the spring, and the garden will remain open year-round for the first time in its history. When it’s completed, it’ll be the fifth-largest botanic garden in the country and the only one built on a reclaimed coal mine.

The property’s master plan, formed in April 2002, still is in bloom. West View-based MTR Landscape Architects and Texas-based Overland Partners have worked with the garden’s board of directors to create a loose, 25-year outline for four phases of development for the 460-acre site; it has been and remains subject to revision as the effects of nature — such as 2004’s Hurricane Ivan — simply happen.

“They wanted us to put an island here,” says Vagley, pointing to the proposed lotus pond on a copy of the map spanning the length of a wall inside the property’s restored 19th-century farmhouse. “But we’re not going to.” Sometimes better, timelier ideas — such as the installation of a solar-powered pump in 2011 — sprout up as preference, unexpected problems or more detailed surveys “give flesh” to the plan, Vagley says. 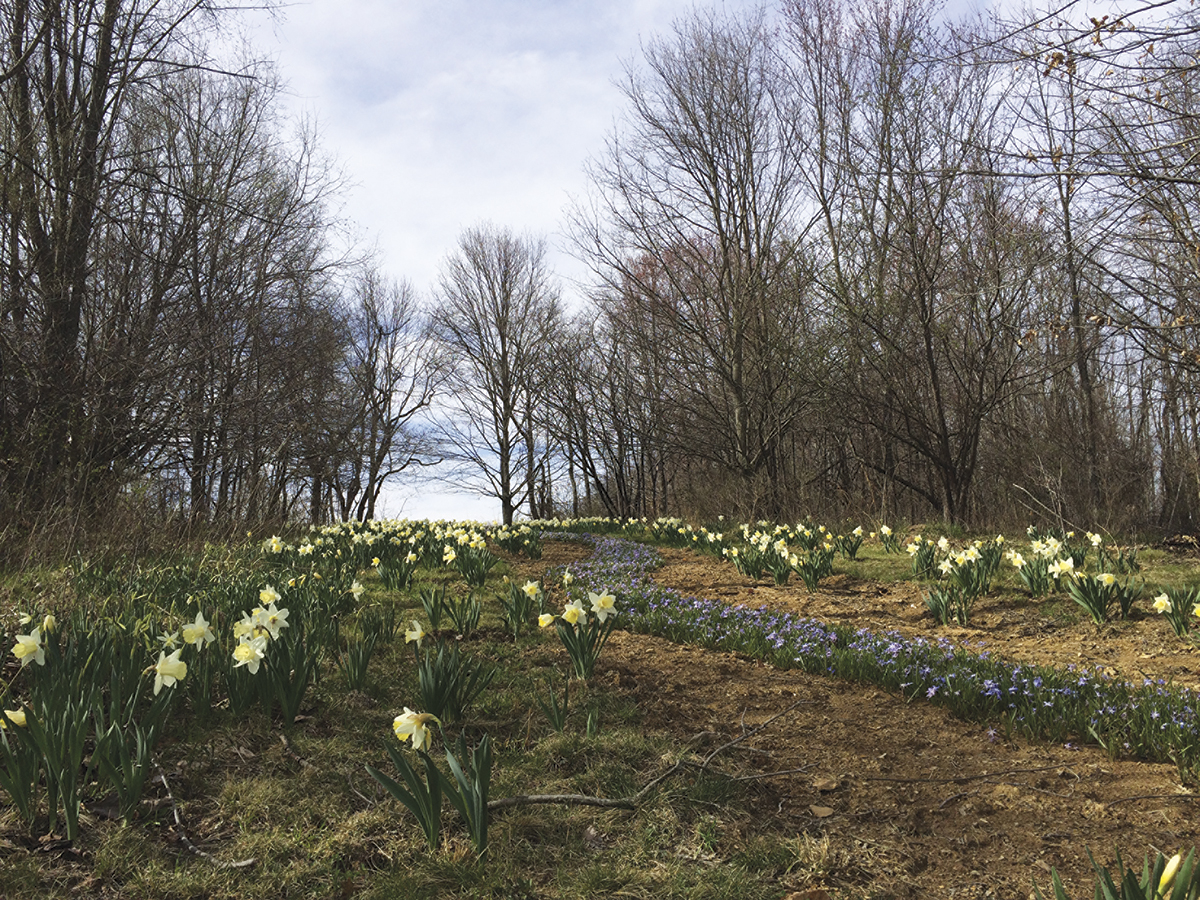 The themes of the garden’s master plan are restoration and protection, display and demonstration. Visitors now can traverse 3 miles of trail, listen to baby frogs peeping by the lotus pond and admire the “river” of blue flora flanked by yellow daffodils after staff planted 18,000 bulbs in the fall.

“‘Display garden’ is what most people think of when they think ‘botanical gardens’,” Vagley says.

The property also now serves as the site of meetings and outings and will function as a wedding reception venue this summer for 15 couples. The restored barn overlooking a plaza and the Celebration Garden is made from hemlock wood and houses a bridal dressing room and catering kitchen. 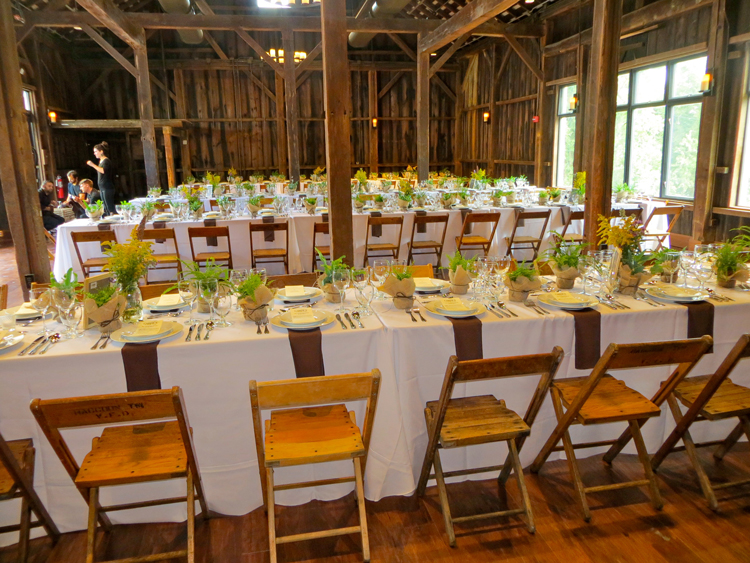 Beyond the barn is a classroom where Education Director Amanda Joy teaches young school groups during the spring and summer. Kids collect data on the state of the land, trees and pond and share their findings.

Hatching the ideal plan for conservation comes through extensive research. Local college students spend time on the grounds researching elements, such as the 550 native dogwoods, which are the last large stand of dogwoods in the region, Vagley says.

While digital innovation may prompt less readership of nature, it can help us to understand plants’ past. The horticulturalists “follow a plant’s history” by logging its origins, age and location on digital databases, says Benjamin Carroll, horticulture and facilities manager of the garden. That information serves as fodder for plant consortiums to which the garden belongs and ensures a reservoir of germplasm (or genetic resources) to prevent extinction. A horticultural team of five members act as curators for the garden, in which plants are akin to “assets of a collection,” Carroll says.

In order to diversify the garden, Carroll says, the horticulturalists share seeds that make sense to plant here, with countries of origin including England, Japan and Poland. Each region of plants occupies a separate Woodlands section. The Japanese garden at the foot of Asian Woods, for instance, also is home to the lotus pond that only recently recovered after 90 years of pollution with limestone as an antidote. 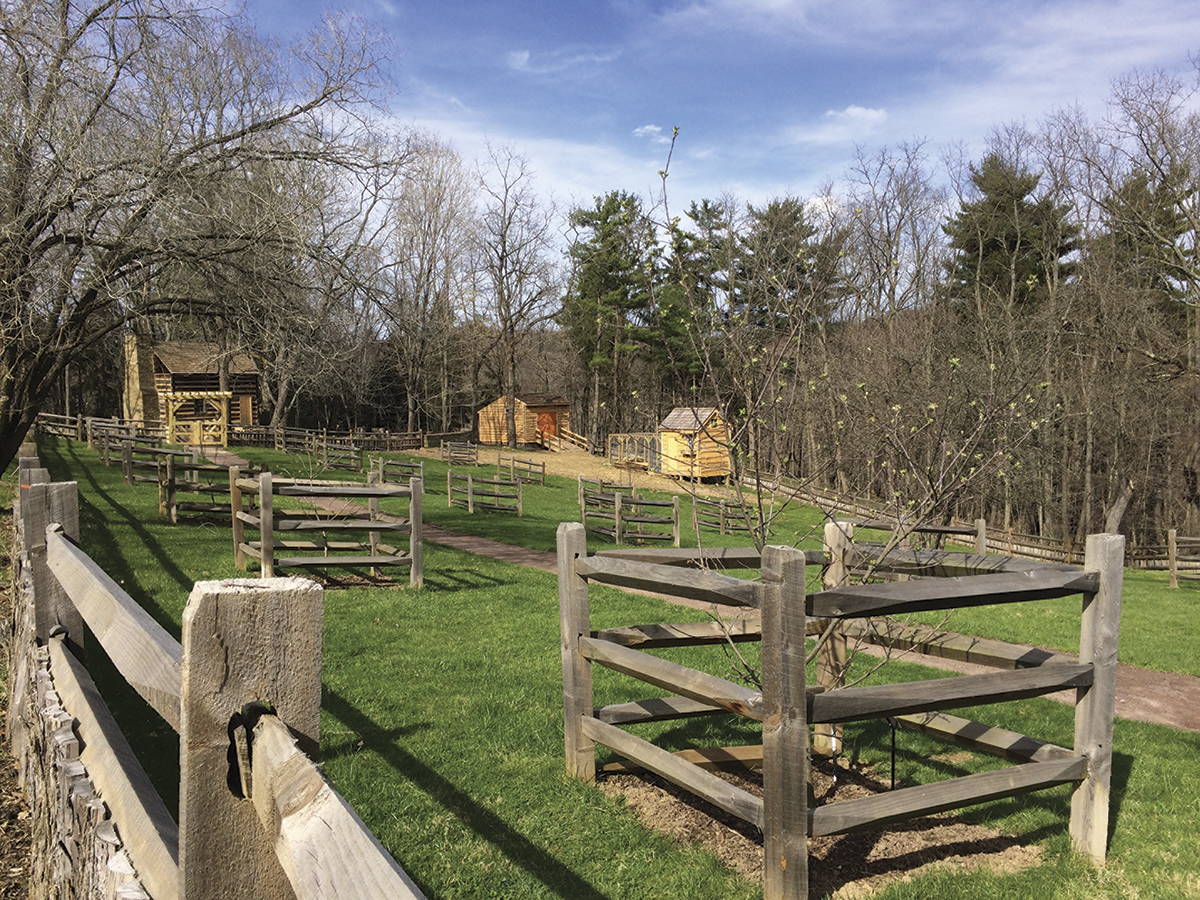 As with any branch of nature, the garden also draws predators. Invasive species have strangled trees, poisonous bittersweet berries grow in the brush and yellow-bellied sapsuckers pecked holes in trunks. More than 20 acres of land have been cleared — mostly by volunteers — to create room to plant native trees, shrubs and perennials.
“Fairy houses,” or creative parcels for young visitors to construct their own masterpieces with earthly materials, also dot the forest.

“Many children who come to the garden are very uncomfortable,” Vagley says, referring to the foreignness of leafy terrain for urban youth. The fairy houses help them to “have fun, get dirty outdoors and overcome this alienation,” she says.

“They couldn’t have contained their joy to have a part in this,” Vagley says of the artists.

Budding additions to the property within the next decade include Fred Rogers’ Garden of Make Believe, which would use puppetry to encourage children to explore. Also planned are a tent lawn for larger events, display gardens and an orangery — a structure to protect citrus and other plants during cold weather. Also underway for completion within five years is a sensory garden to provide a special experience for children on all ends of the autism spectrum; it’ll be the largest such space in the region when it’s complete.

Other events plotted on the garden’s calendar include yoga, a workshop for Pittsburgh playwright Tammy Ryan’s opera “A New Kind of Fallout” and fundraising events such as the “From Garden to Table” dinner in September. The culinary gala will honor Alice Waters, a chef and pioneer in the sustainability movement.

“Everybody has to be here,” Vagley says. “Everybody.”

This article appears in the June 2015 issue of Pittsburgh Magazine.
Categories: HOME + Design