You Should Know: Vernetta Byrd

The Allegheny County Jail chaplain has been volunteering there for more than 30 years, helping to restore a sense of normalcy to inmates’ lives. 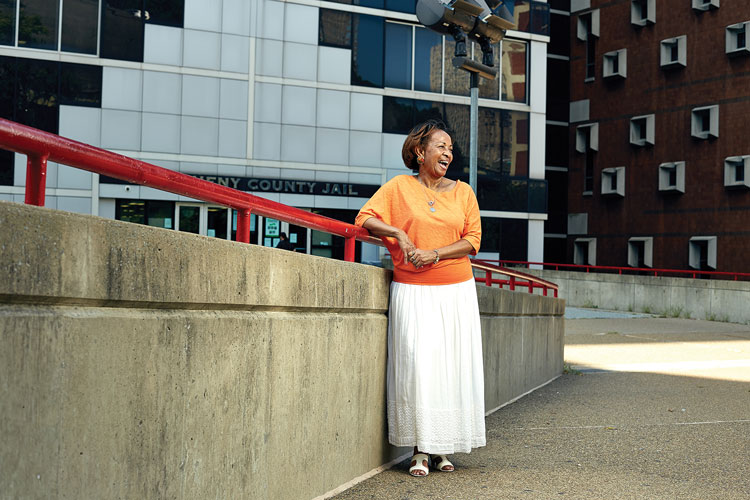 The Allegheny County Jail is like a second home to Vernetta Byrd.

The part-time chaplain has been volunteering there for more than 30 years — and in the system even longer — since a woman from her church asked Byrd to accompany her to a service at a local jail. She’s been an employee there for the past four years.

“I get paid now for what I used to do for fun,” Byrd says.

The resident of Verona has taken on numerous projects with inmates as well as working closely with pre-release and after-care programs through Foundation of HOPE (foundationofhope.org), a nonprofit, interfaith organization that sponsors the chaplaincy program as well. She’s organized a mentorship program, retreats for grandmothers taking care of their grandchildren while the mothers are incarcerated and holiday events, among many others.

“I say, ‘I can’t get you out, I can’t plead your case, but for a few minutes we can forget you’ve done something and have some sort of normalcy,’” Byrd says.

She also helped to initiate the Mother’s HOPE program at the jail through the Foundation of HOPE. Mothers in jail can’t participate in the tradition of visiting their child’s classroom and reading to the students, so volunteers come to the jail with a book and record the mother reading the words. Their children can keep the book and the recording and take it to school with them.

“If you miss your mom, you can pull this out,” Byrd says. “I can’t put myself in their place as far as being in jail or on drugs, but I can as a mother and as a woman. Their children are still very important to them.”

What’s a typical day like?
As a chaplain, at 6:30 a.m. I’m at the jail. I go through every request [inmates may have]. They might want a book to read, or reading glasses; one of my responsibilities I take on is reading glasses. I have a satchel of them [for people who can’t afford them]. The reason I like to do it is I keep in touch with lots of people. Maybe while I’m giving out glasses people come up and say, “Can I talk to you?” “Can I pray with you?”

I notify people when someone’s in the hospital or if someone has passed. You can’t go to the funeral if you’re in jail. You can go to view the body, but you go by yourself. Usually at a funeral something is read [by a close friend or family member], so we get blank cards for them to write something and send it so it can be read during the funeral. It at least gives them a part of it.

Another thing that happens in jail is so many holidays come up and you’re not a part of them. … For the Fourth of July, you celebrate our independence, and being in jail what independence do you have? We focus on the fact they’re still alive and they have a chance to get out. I just try to think of what holiday is coming and what we can do.

You once threw a baby shower for an inmate. How did that work?
I didn’t think they’d let me do it. I thought, ‘How can I do it in such a way we don’t break any rules?’ One lady said, ‘We’re going to make centerpieces out of toilet paper, a bird in a basket,’ and it was beautiful. Other ladies made cards. We got permission to bring in a cake … It was amazing. It was beyond what I ever thought it could be, for everybody to participate. They all forgot they were in jail — it was just, we’re having a baby shower.

There are lots of places to volunteer. Why did you stick with the jail all these years?
Even though I’ve never been incarcerated, I know people who have, and I always say, ‘What if it was me?’ I’d want someone to come and do this for me. ‘What if it was my child?’ You find out some people never have someone come see them, and it’s not that they don’t want to, but the jail [has strict visitation policies, such as needing to arrive an hour early and following clothing guidelines]. The lobby was not child-friendly, there were no vending machines, no TV. [Other volunteers and I] got together and said, ‘How can we design the front lobby to be more friendly?’ … It was terrible to bring your kids. Now there’s a play area.