You Should Know: Tammy Ryan

Her plays have been performed around the world, and this Shadyside resident is ready to venture into new genres. 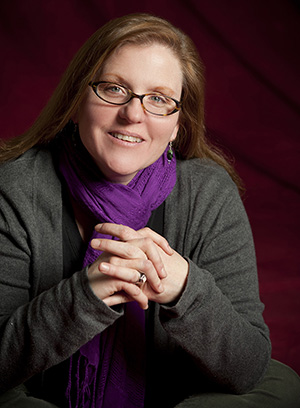 Tammy Ryan initially wanted to be on the stage, but her career path took her behind the curtain instead. She says she’s fine with that — she wanted to be involved in the process of watching words come to life before an audience.

Ryan, 53, grew up in Queens, N.Y., and attended the University at Buffalo in The State University of New York system, where she studied theater and creative writing. She completed her master’s degree in fine arts in the playwriting program at Carnegie Mellon University. She’s won numerous awards, including the 2012 Francesca Primus Prize from the American Theater Critics Association, and she has written her first opera, which will premiere this month at the Opera Theater of Pittsburgh’s SummerFest.

Her 15 plays often explore global themes. “Lost Boy Found in Whole Foods,” for which she received the Primus award, centered on Sudanese refugees. “A Soldier’s Heart,” which focuses on sexual abuse in the military and premiered last year, came about after she met the mother of one of her daughter’s classmates. That woman was leaving for active duty, prompting Ryan to begin thinking about the toll on a family when a mother goes to war.

Ryan, who lives in Shadyside with her husband and two daughters, says she’s happy to work in a city so devoted to the arts.

What was your first play?
My very, very first play I ever wrote was called “Flying Pigeons.” It’s an autobiographical play about my father and his father who grew up in Hell’s Kitchen in New York and had pigeons on the roof, and I think it was a metaphor for our relationship. I wrote it and thought I’d act in it, and I showed it to my acting teacher [at SUNY Buffalo], and he said, “We’re going to produce it,” and he cast someone else to play in it — a boy — so it turned into a father-son relationship.

What came next?
My next play was “Pig,” which the [Pittsburgh] Playhouse did in 1998. It also ran in 1996 in New York. That started people in the business taking me more seriously, and I got an agent. That play’s still being produced, and that’s kind of cool. With “Flying Pigeons,” I got a lot of attention for it, and I thought, “This is great, I’m going to be a playwright,” and it got harder after that.

How so?
You have to start learning the craft. I tell my students [at Point Park University, where Ryan teaches playwriting and introduction to screenwriting], there are the plays you have to work really hard on, and others just come to you fully formed. I call them gift plays.

How do you come up with your topics?
It varies. I write a lot of plays that are inspired by events in my childhood. These plays come to me — it’s time to write them. Some are about experiences as a woman. I often write through the lens of family — being a wife, mother, daughter.

You’re currently writing the libretto for an opera. How did that come about?
The working title is “A New Kind of Fallout.” . . . It’s about a woman in 1962 who’s newly pregnant who reads “Silent Spring,” and it changes her life. Her husband works for a chemical plant, so there’s conflict there . . . I’m not a very musical-theater person, but Jonathan Eaton [the general and artistic director of Opera Theater of Pittsburgh] approached me about writing an opera, and it appealed to me for a couple reasons. It’s more like a play; he wanted strong actors, and that’s what I do . . . It’s still a work in progress, but I’d love to write some more [operas]. It’s interesting to me how all artists have the same process, no matter what genre.

Do you have a favorite among your plays?
It’s usually the one that hasn’t been produced yet.

What’s it like seeing your plays produced on a national level?
I love Pittsburgh. I love the actors, I love the community, but I do also look forward to [having my plays performed elsewhere] because they don’t know me. It’s not Tammy Ryan’s play; it’s “A Soldier’s Heart” by Tammy Ryan.

Looking back, what does it feel like to have had the chance to live your dream and work in theater?
I wanted to be in the room. I wanted to live the life of a playwright [who] was getting up and writing every day, and I get to see my plays produced; I think that’s necessary. It’s a collaborative process; it’s not like writing a novel or a poem. Writing a play, it’s not done until it’s had that rendezvous with this audience.

This article appears in the July 2014 issue of Pittsburgh Magazine.
Categories: Arts & Entertainment