You Should Know: Siobhan Vivian

The young-adult author has optioned one book to MTV, sold one to Simon & Schuster for release next year and wrote another that hit the shelves this spring and already has garnered heaps of praise. 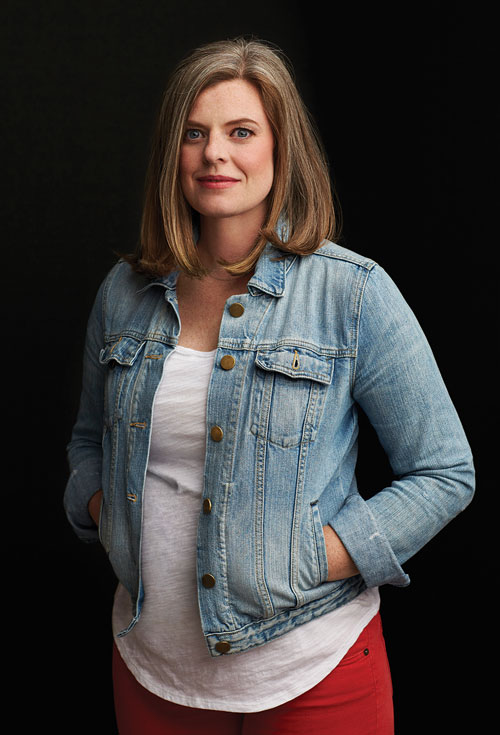 Young-adult author Siobhan Vivian says she was far from an ideal student in her high school in New Jersey.

“I was much more socially engaged,” she says. “I was like the kind of person who failed gym. Who fails gym? That was me.”

Those experiences helped to shape Vivian, who now lives in Highland Park, as well as her fiction, which tackles the problems of those often-awkward and complicated teen years.

When none of her regular subjects she studied in high school appealed to her or gave her a clear idea of what she wanted to do with her life, she took a creative-writing class and found herself excelling.

Her teacher wrote a college recommendation that basically said, “Ignore her grades, she has talent,” she says. She applied to one school, The University of the Arts in Philadelphia, and got in.

After graduating from its screenwriting program, she took a job working in development at The Disney Channel but felt compelled to write for slightly more mature audiences. While scouring publishing catalogs searching for potential new shows, the synopses for young-adult books often caught her eye. “I thought, ‘This is what I want to do,’” she says.

She went to graduate school at The New School university in New York City, and her senior thesis became her first novel, “A Little Friendly Advice.”

Since then, the 37-year-old has published four more novels on her own and three books with writer Jenny Han.

Vivian’s most recent, “The Last Boy and Girl in the World,” is based on the true story of the town of Livermore in Westmoreland County, which flooded to the point of ruin in 1936. It has garnered praise from Seventeen Magazine, Publishers Weekly and fellow Pittsburgh author Stephen Chbosky, who called it “Siobhan Vivian’s finest hour; a transcendent love story, as profoundly moving as it is funny.”

Vivian, who also teaches Writing Youth Literature at the University of Pittsburgh, is married with two daughters.

How did you get to Pittsburgh? Is your husband a native?
He’s from Evans City. We met in New York, and he was always talking about this magical place called Pittsburgh where housing prices are reasonable.

How does it feel to be writing in Pittsburgh, the hometown of other YA authors such as Chbosky and Jesse Andrews (who penned “Me and Earl and the Dying Girl”)?
When I lived in Brooklyn, you would say, ‘I’m a writer,’ and it would be like, so is everyone else on your street. It wasn’t a special thing. Here in Pittsburgh, it is a special thing … Anything you try to do in Pittsburgh is celebrated; people come out to support you.

You’ve already sold your next book to Simon & Schuster. What’s it about?
It’ll come out next spring. It’s the book I always have been dying to write. It’s a feminist, girl-power, summer book. It’s called “Dessert First.”

Have you considered making the jump to adult fiction as other young-adult authors such as J.K. Rowling and Gayle Forman have done?
I have a couple ideas stirring in my mind, but for now I feel like my voice is suited for that [YA] category. Anyone who knows me will tell you I’m the least “adult” adult they know. I’m always the one saying goofy stuff … Even when I’m doing school visits I’m always way more interested talking to teens than sitting in the teacher’s lounge.

Like you were, Keeley, the main character in “The Last Boy and Girl in the World,” is a goofy, uncommitted high-school student. Do you show up in your characters?
This is the closest I’ve ever come to writing myself. I didn’t have an emotional depth as a teen. I’d be more comfortable going for the laugh, so I wanted to write about that kind of person. Teens today often find themselves in situations they’re just not ready for, and they have to get there quick … or else there are real consequences. So yeah, I was robbing from my life big-time in that book.

With the success of Chobsky’s “The Perks of Being a Wallflower” and “Me and Earl and the Dying Girl,” do you see any of your books headed for the big screen?
“The List” (which made The New York Times Best Sellers List) has been optioned by MTV, but it’s in limbo. MTV is focusing more on the supernatural right now. Adaptations of novels by authors like John Green and Jesse Andrews and Gayle Forman are helping to show Hollywood that small, contemporary stories about the day-to-day lives of teenagers can be successful. My book [“The Last Boy and Girl in the World”] is circulating out there. I have a film agent, and she handles all that stuff.

Who would play Keeley?
Dakota Fanning. I love her. I think she’s great.