You Should Know Mr Arm and Velda Von Minx

The proprietors of Trundle Manor delight in showing off their house of oddities. 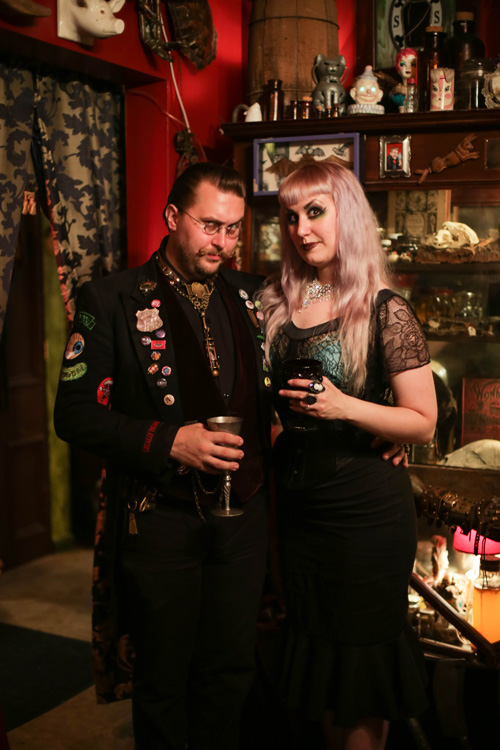 At the time, Miriello was involved with a vintage car club (he had a 1931 Ford and a 1952 Dodge pickup truck), and Rech, who had heard of Miriello through the club, arranged to tour his house. Things blossomed from there.

“Our first date was doing taxidermy in the basement,” Rech says.

Today, the couple — who plan to wed in November — are the live-in proprietors of Trundle Manor, a roadside attraction on a residential street in Swissvale. Scattered outside the two-story brick Victorian are various skeletons and pieces of equipment. Inside, there are antique medical devices, unusual taxidermy — including a fighting catfish — jarred animals and other curiosities, including Perkins, Miriello’s robotic “manservant” built from fire extinguishers, propane cans and spare metal parts. 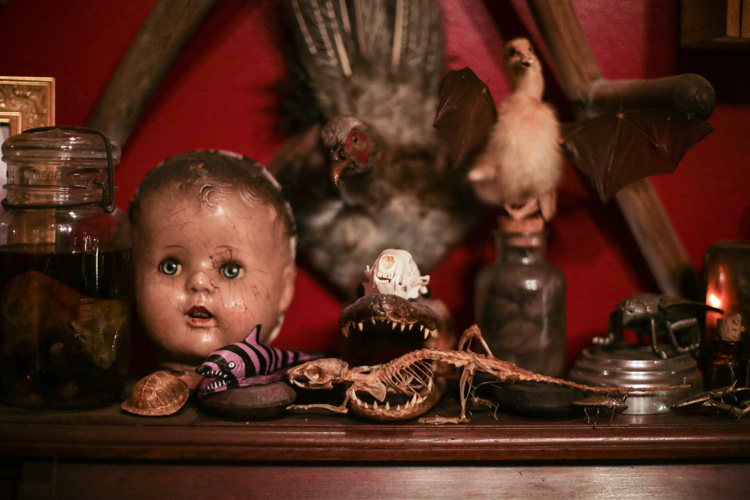 The contents once were part of their private collection, but as Miriello, 32, and Rech, 26, amassed more and more peculiar pieces, they decided to open their home to the public.
“I’ve been collecting since I was a little kid,” Miriello says. “Once we got this house, the collection grew a lot faster because I had more space to fill.”

Rech works at an embroidery shop and as a costumer, while Miriello is employed at New Guild Studio, the Braddock-based business of his parents, who are artists. The company specializes in church renovations, including designing and creating liturgical murals and stained glass.

Donation-based tours of Trundle Manor — money, liquor and pieces of taxidermy all are accepted — are given by appointment. The couple also hosts art shows, movie nights, private events and open mic nights, as well as the occasional taxidermy classes. 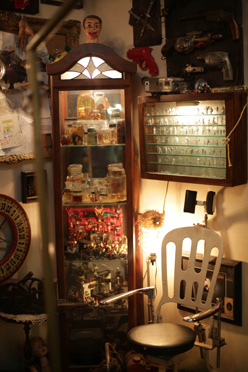 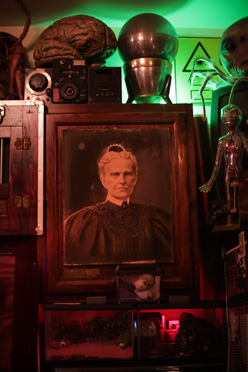 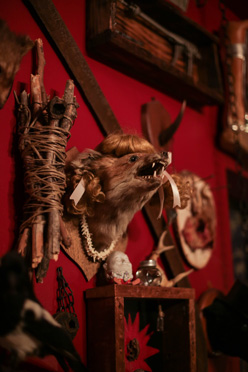 Where did the name Trundle Manor come from?
Miriello: It’s not as sordid a tale as you’d assume. Our first Halloween here — I always do a themed Halloween display — it was the Trundle Graves Funeral Parlor and Taxidermy Service. I had a big sign out front and a coffin and bodies on the porch … Because I was Trundle for that year, I just kept the family name, and it grew from there. It ended up being the perfect word for our little family. The trundle bed is always this [great example of] hidden convenience of the old work.

You go by Mr Arm and Velda Von Minx. How did you arrive at those monikers?
Rech: Velda’s a combination of a B-movie actress and the wife of F. Scott Fitzgerald. I just wanted something that sounded like a silent-movie vampire. Miriello: Mr Arm is simple, too; it’s my initials, A.R.M, Anton Raphael Miriello. I started going by that sort of to keep my family name out of the papers.

And do you call each other Mr Arm and Velda Von Minx?
Rech: I’ll let you think that we do. Miriello: In front of people we do. I call her Velda a lot, actually. Rech: It suits me better than my actual name.

How many pieces do you have at Trundle Manor? Do you even know?
Rech: I think it’s impossible to estimate at this point. Thousands! Miriello: At one point, I started cataloging things. You’ll notice a few of them have little labels. That got so tedious and boring because that wasn’t what it was always about. I don’t often know what any of the things are. Some of the skulls, I don’t really know what species they are. I remember and know every single thing in this place. I couldn’t count it, but I know everything.

Do you have a favorite item?
Rech: I’d say the squirrels that are getting married because that’s what we did on our first date. He taught me to do taxidermy, and I dressed them up. They gave me my engagement ring in the cemetery, and they are to be our wedding cake toppers. Miriello: It’s hard, but Trixy — my truck. She was my first car, and I rebuilt her three different times from the ground up in totally different styles. Now she has a cow-catcher front end, Frankenstein switches and a skull remote for her flame throwers. I have her name tattooed on me.

Who visits Trundle Manor?
Rech: People come from everywhere. We get a lot of local people; we get a lot of tourists; [we get] people from other countries. It’s artists; it’s weird people, [and] it’s families. Miriello: I think more than anything it’s families. It’s very normal people, more often than not. When you get unusual people, they do react to it, but sometimes it seems too normal for them. I don’t ever want to be that normal.

What’s it like to live in Trundle Manor? Do you ever get creeped out by your own collection?
Miriello: I’m more afraid of the dark than I am of these things. Rech: I only get scared when there’s no ice cream.

This article appears in the September 2015 issue of Pittsburgh Magazine.
Categories: Arts & Entertainment