You Should Know: Elwin Green

The former newspaper reporter brings his journalistic skills home to celebrate the legacy and encourage the transformation of Homewood. 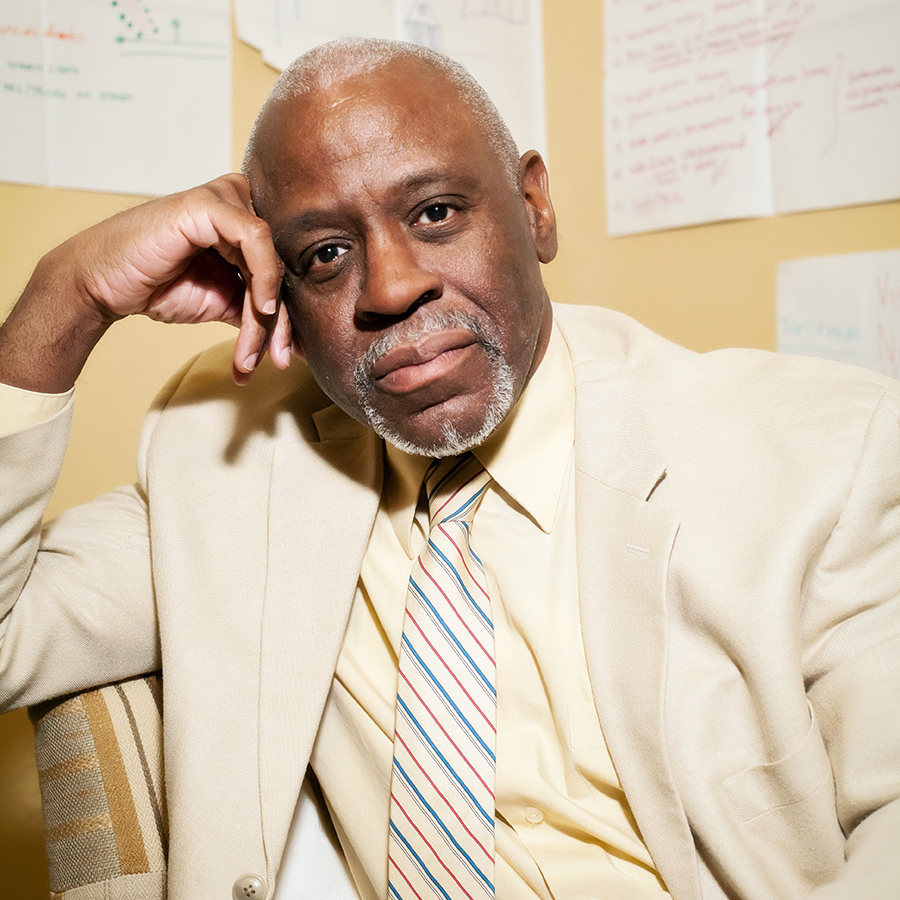 Elwin Green moved in the 1980s to Homewood — the only neighborhood he says he could afford as he finished his degree in English Writing at the University of Pittsburgh. He stayed after meeting his wife, the former Janet Jackson, who was a native of the community. The couple now lives in her childhood home.

“My favorite definition of a Pittsburgher is somebody who grows up, gets married and moves across the street,” he says.

During the last 30 years, his affection for the area known at times as a troubled neighborhood has grown.

In 2011, Green, now 62, left his job as a business reporter at the Pittsburgh Post-Gazette to devote more time to his independent media-production company, Luminaria Productions, LLC. Part of his motivation was to see what would happen if he were to focus his journalistic skills on one neighborhood.

He runs a community news service and blog under the name “Homewood Nation,” “to elevate the conversation” in and about Homewood. He also participates in numerous community revitalization efforts. He’s formed the Homewood Capital Partners LLC, which aims to help Homewood residents invest in local real estate. He’s also the chairman of the Save Race Street committee, formed after a double homicide there in 2008. The committee’s purpose is to implement a community plan to improve infrastructure, increase property values and encourage beautification, among other initiatives.

“When Homewood learns to celebrate its legacy, the world will come to the party,” Green says.

How have you balanced writing about a community you’re very active in — almost covering yourself — when journalists traditionally aim to remain impartial?
I’m going to make a distinction between the mainstream media and the black press. As far as I can tell, the mainstream media has historically sought to adhere to a set of values or standards that include accuracy, fairness [and] objectivity. The black press, while sharing the concerns for accuracy and fairness, has been less concerned historically with objectivity and more with advocacy. I can’t be totally objective about things happening in Homewood and things that affect Homewood.

What perceptions would you like to see changed?
What’s coming to mind is not just perceptions about Homewood but an assumption about the nature of reality: That what I see on TV or in the paper is all there is . . . There is more to Homewood . . . Statistically, we have a higher percentage of crime than other neighborhoods, but that still does not mean crime is happening throughout the entire neighborhood all the time. Second, there is a perception that Homewood is poor. Statistics from the Census Bureau will tell you Homewood is largely a low-income neighborhood, but low-income is not the same as poor.

Does the revitalization of Braddock give you hope for Homewood?
I’ve always had hope. To me, the statements “the sun is coming up tomorrow” and “Homewood will turn around” are equally certain. I’d say . . . maybe some of us in Homewood should learn from what’s been done in Braddock.

What do you like about Homewood?
One of the things I like best about Homewood is the quality housing stock built to last forever. The second easy answer is the people . . . People who are . . . just doing their best to live life as it ought to be lived . . . I’m not saying everyone should live in Homewood, but I wish everyone could feel the way I feel about Homewood.

This article appears in the June 2014 issue of Pittsburgh Magazine.
Categories: Community Feature