You Need to See & Hear Pittsburgh’s Masters of Musical Improv

Missy Moreno and Connor McCanlus would be thriving in New York, Chicago or any other comedy hotspot you can name. Luckily, they’re doing it in Pittsburgh. 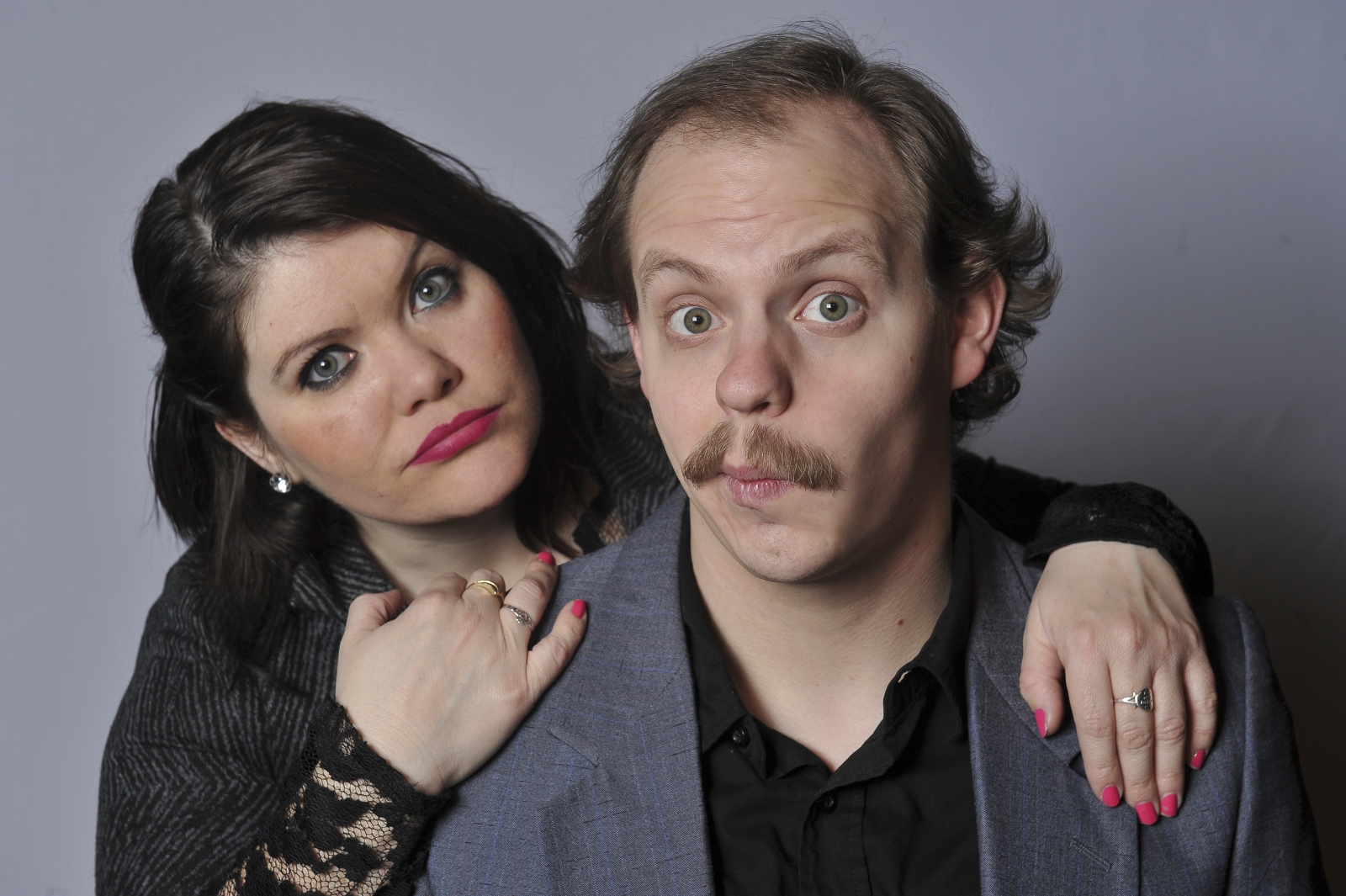 Once upon a time, I was a member of an improv comedy team out of Penn State. What we lacked in formal training we made up for in a slightly bewildered enthusiasm for the form — and fortunately, several of the members of the troupe were naturally very, very funny and have since gone on to great things.

I was sort of okay; I could hold my own, but several key aspects of the artform eluded me. I knew enough to know I didn’t know much, which is why I have immense respect for talented improvisers; it is not an easy skill to develop, and it’s even harder to make it funny on a consistent basis.

So musical improvisation — the form rendered as a spontaneous piece of musical theater — completely blows my mind.

The concept of mastering one incredibly difficult mode of performance and then adding music and lyrics to it, all without the benefit of planning, amazes me. When improv comedy is good, it’s hilarious; when musical improv is good, it’s like magic.

Pittsburgh-based performers Missy Moreno and Connor McCanlus, collectively known as the musical improv duo babyGRAND, are masters of the style. Moreno watched a musical improv performance at Chicago’s Second City in 2005 and immediately decided to move to the Windy City to learn how to do it herself (at the time, Second City offered the only curriculum based around musical improv in the country). McCanlus, a professional actor with a lifelong affinity for musical theater, developed an interest after taking classes with Steel City Improv Theater.

(Full disclosure: I’ve worked with Moreno and McCanlus in various capacities, though never improv — they’re far too good for me to keep up with.)

Moreno and McCanlus began working together last year. “The second we stepped on stage together, it was a match made in Broadway heaven,” Moreno says. “Glitter and synchronization was everywhere.”

They’ll be joined by pianist James Andrzej Rushin — himself a remarkably skilled performer, recently tabbed as the Music Director for Bricolage Production Company — this Saturday night to make up a musical at the Cabaret at Theater Square in the Cultural District. After a warm-up session of short-form, interactive improv games (featuring guest appearances by cast members from “Altar Boyz,” also running now at the Cabaret), they’ll riff their way through an all-original work of art.

The most dazzling thing to an audience member watching musical improv for the first time is how it appears so effortless. Moreno and McCanlus launch into songs with no hesitation; one moment they’re speaking, the next a (catchy) song has begun. It speaks to their skill as improvisers, certainly, but also to their music-theory smarts.

“It’s the equivalent of a mechanic taking apart an engine and putting it back together,” Moreno says. “You learn that process — you look at a song and you rip it apart down to nuts and bolts to understand what those elements are.”

And when you leave a babyGRAND show, you’ll slowly become aware of the most impressive feat of all — the duo may be making these songs up as they go, but they’ll stick in your head like hits from an endlessly-rehearsed Broadway show. I’m still humming the ballad “Root Beer Float (To Save a Life)” from the last babyGRAND show I attended, and despite making up new tunes on a regular basis, Moreno can cite her own past favorites such as “Lost Library of Love” and “Painful Zoo Pain.”

Now that the world of comedy in Pittsburgh has grown at a rapid clip, there are plenty of performers and many shows I can earnestly recommend. But babyGRAND is an absolute must-see; these two are world-class performers that would be thriving in New York, Chicago or any other comedy hotspot you can name. We’re just lucky that they’re doing it in Pittsburgh.