The three-bedroom, brick house in Forest Hills has a classic turret entrance. 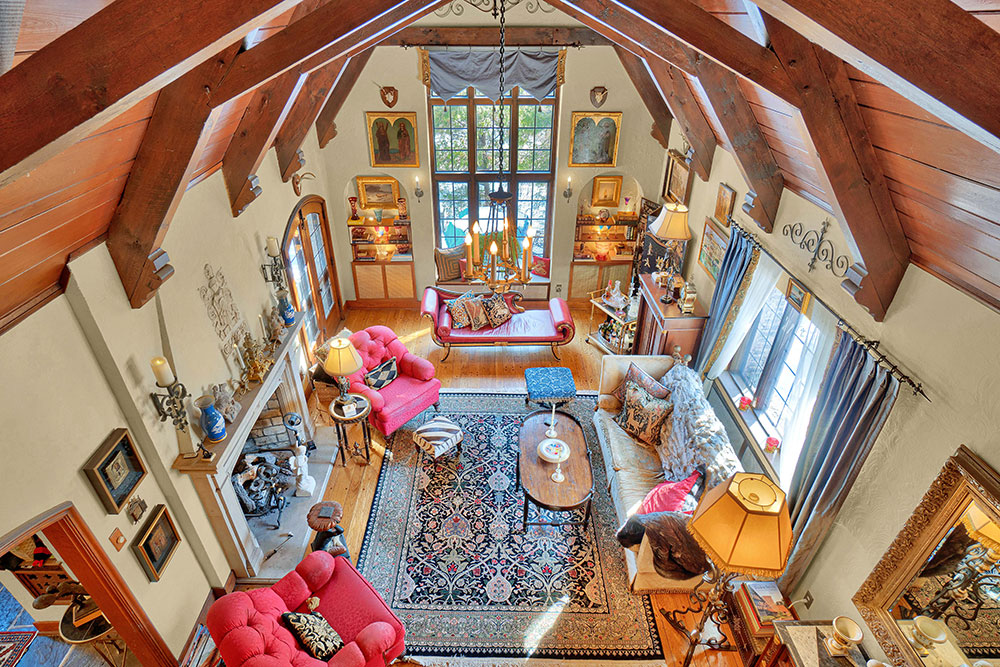 James Stevenson wasn’t even house hunting when he was alerted of the perfect home for him.

“Some of my friends called and said, ‘You have to see this house,’” he recalls.

Built in 1929, the house at 102 Bevington Road in Forest Hills was designed by architect R. Carey Dickson; its classic French Norman-style had a fairytale quality that drew Stevenson in right away.

“I lived in Forest Hills in a similar period house built in 1930. I didn’t even know of this house,” he says. “I ended up signing the agreement that evening in the dining room of the house.” 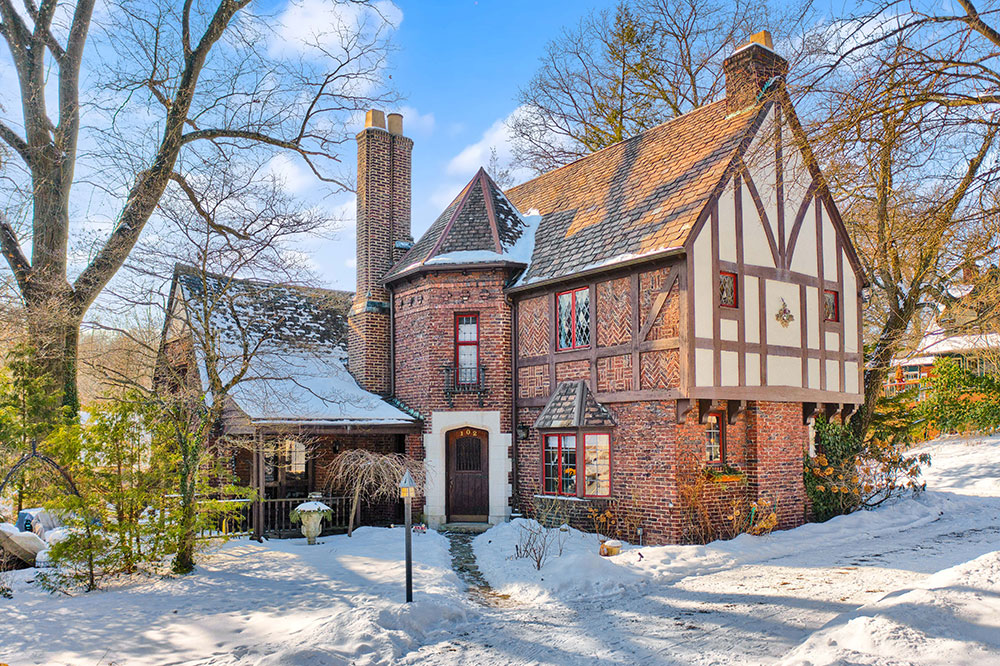 That was in 2006. Since then, Stevenson, like many homeowners who live in distinctive or historic houses, considers himself a caretaker of the building’s history.

“I thought it was time to pass the torch,” he says. “I just reached a milestone birthday, so I am moving to a lower-maintenance home.” 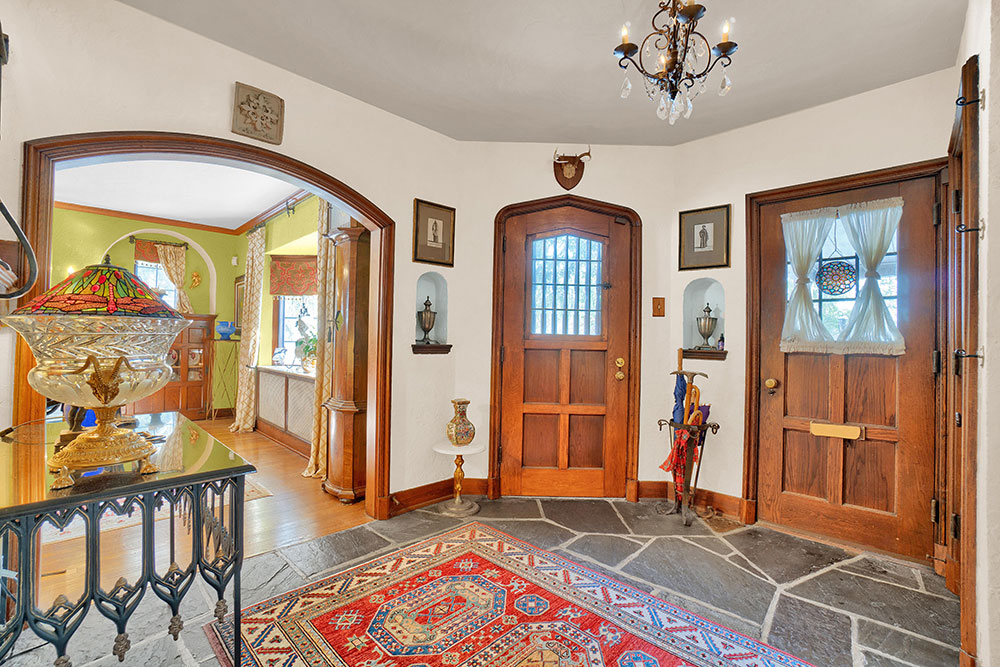 It’s easy to see what caused all of the fuss. The home is enchanting right down to the classic round stone tower entry with its cone-shaped slate roof. It’s one of the home’s most defining features and one that separates it from the classic Tudor-style home that it’s often mistaken for.

“This style became popular after World War I after American soldiers came back from France,” Stevenson says. “This home was built right before the crash.”

Sitting on a third of an acre, the home’s landscape includes a limestone patio, a covered patio and a lily pond. A cutting garden faces Castlegate Road, and there are several beds planted with perennials and other ornamentals.

“I have added a lot of lilies over time. There is a little fountain in the middle of it,” Stevenson says of the pond. 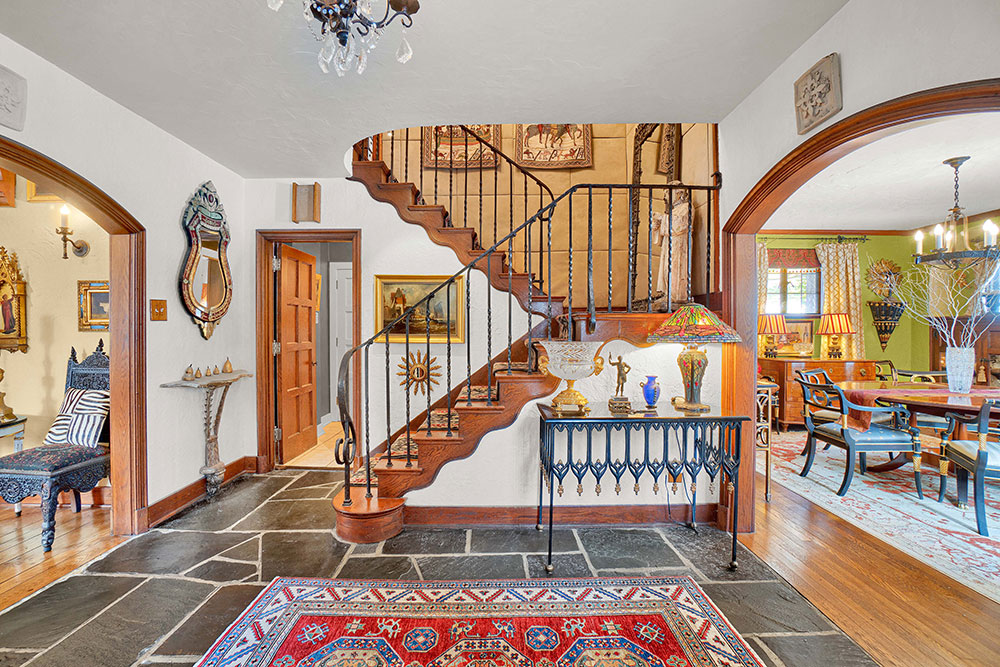 The three-bedroom home has two full and two half bathrooms. The entry has the original slate floor and stairway, which has stringers cut in a decorative wavy pattern. An original iron railing adds more panache, featuring a treble clef and bass clef in the design.

To the left, a spectacular great room features a floor-to-ceiling picture window flanked by a pair of arched niches with built-in cabinetry. The tongue-in-groove oak ceiling with timbers and arches is breathtaking.

According to the book “Small Manor Houses and Farmsteads in France,” the design is taken from the Normandy region of France, where barns were typically attached to the living quarters. 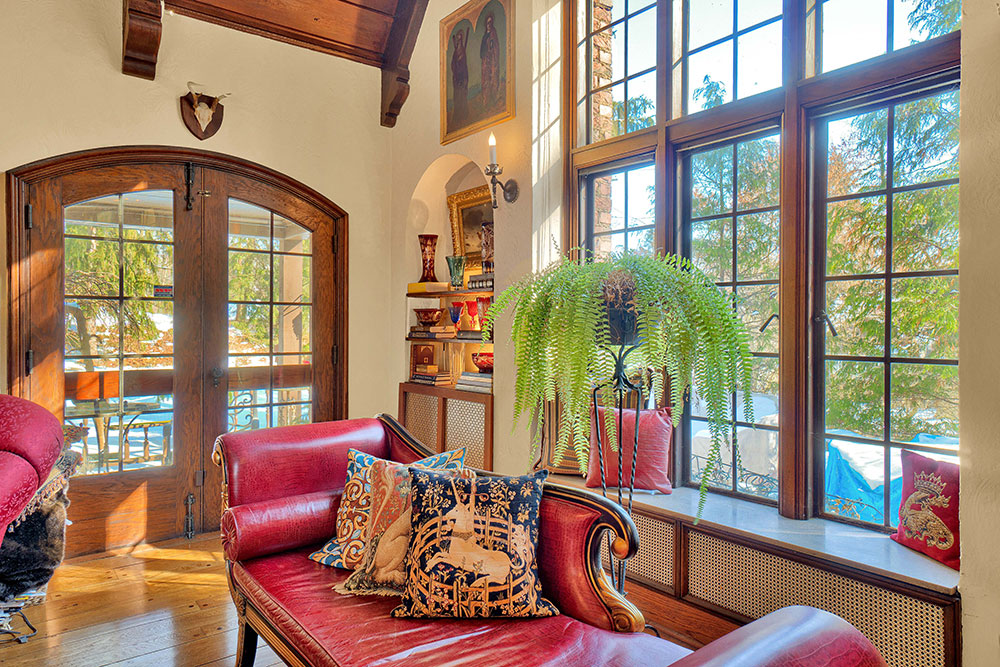 A decorative balcony is accessed from the second floor and offers a unique view of the room below. Anchoring the grand room is a limestone fireplace with a gas insert; it’s one of three in the house. Letting in loads of light are the arched doors to the patio and multi-paned windows.

“Limestone wasn’t being mined here at that time, so the fireplaces probably came from Europe,” Stevenson notes.

Across from the entry, the dining room is painted a fun chartreuse color, a perfect complement to the home’s French bones. A built-in pantry is recessed in a niche and there’s an iron chandelier that Stevenson believes is original to the home. 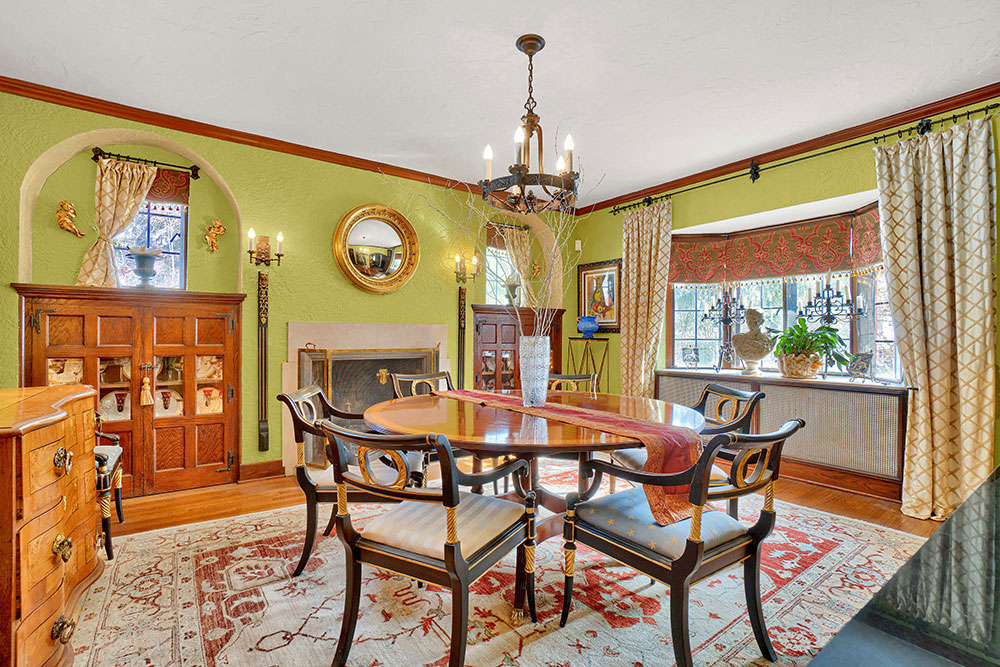 In the kitchen, Stevenson installed a custom Lacanche oven range shipped from Burgundy, France. The company has been making ranges since the 18th century, according to Stevenson.

The kitchen also features oak cabinets, stainless-steel appliances and a lovely island with turned legs. In the powder room, a neoclassical wallpaper with griffins and urns is accented by a deep mustard paint underneath the chair rail. 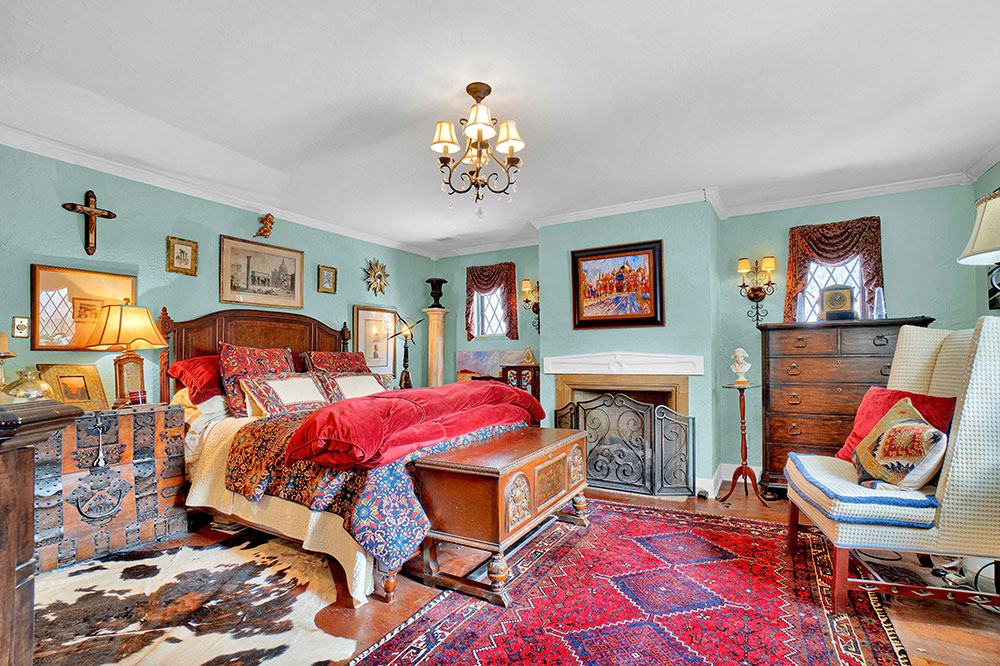 The primary bedroom on the second level has an ensuite bathroom. The two other bedrooms are serviced by a hallway bathroom that features a crisp blue paint and encaustic wall tile. The decor is pulled together through a custom silk stripe fabric shower curtain and valance.

A third-floor room is finished, and a previous owner also installed a powder room. It’s a nice finish to the more than 3,200 square feet of living space.

While he has made many great memories in the home, Stevenson says his fondest ones are of his mother, who adored the home.

“We had my mother’s 80th and 90th birthday parties there,” he says. “She has since passed, but she loved to sit on the patio in the summer and admire the unique brick and slate work.”

Hot Property, an inside look into unique and historic homes on the market. Each week, Hot Property goes behind the For Sale sign to share the story of a special Pittsburgh-area home. And four times a year, Hot Property gives an in-depth look at the region’s real estate market in Pittsburgh Magazine HOME, tracking housing prices and sales and detailing where the hot properties can be found. Rosa Colucci can be reached at onecordovaroad@gmail.com.