You Can Hope, but Don't Expect an Easy Steelers' Win in KC

Pittsburgh blasted Miami because the Steelers performed as expected against an opponent that was depleted by injury and overwhelmed by its circumstances. But that isn’t likely to happen again. 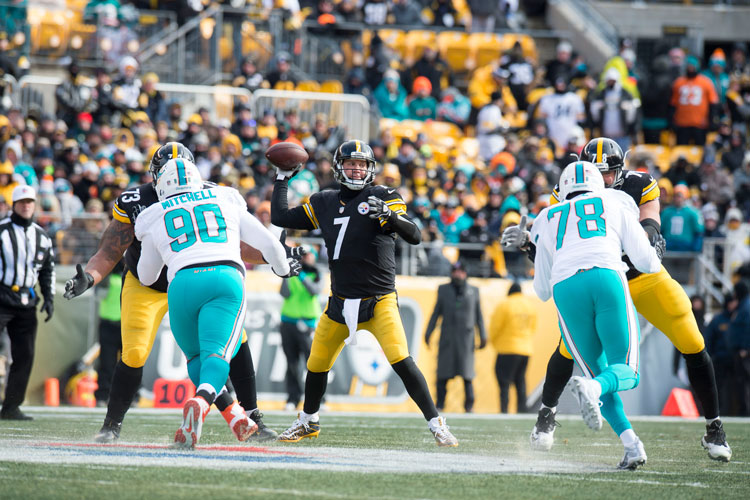 The game they had to win was almost too easy, in retrospect.

Three touchdowns scored by the Steelers on their first three possessions, with two of them generated from at least 50 yards away.

And then, from the Dolphins, three turnovers on three consecutive possessions in the second and third quarters, three takeaways by the Steelers in a span of nine defensive snaps.

It was a blowout and it had been a long time coming.

The Steelers had won one playoff game in the previous five seasons, but they treated those demons the way Matt Moore was treated by Bud Dupree.

It had been a while since “Renegade” sounded as good as it did during Steelers 30, Dolphins 12.

Two challenges that will have to be met on the road, without the benefit of backup provided by Terrible Towels unfurled and Styx blaring over Troy Polamalu highlights, just to get to the Super Bowl.

The Chiefs don’t blow anyone away with their star power, but they’ve won 22 of their last 26 regular-season games, including 10 of 12 since being blown out by the Steelers, 43-14, at Heinz Field in October. They’ve done so by the numbers, by taking care of the football, by taking it away and by dominating on special teams.

As Chuck Noll used to say, to win a football game you must first not lose it.

The Chiefs don’t beat themselves, their two turnovers in five offensive snaps while crawling into a 22-0, first-quarter hole against the Steelers back in October notwithstanding.

The Steelers can’t count on such lightning striking thrice, especially not at Arrowhead Stadium.

One of those turnovers was an interception by Jarvis Jones; the Steelers know that isn’t happening again.

They know, at least, that they can’t count on any such repeat occurrence, not from last Sunday against Miami, not from last October against Kansas City, not from anything that’s transpired this season.

Not in the playoffs. 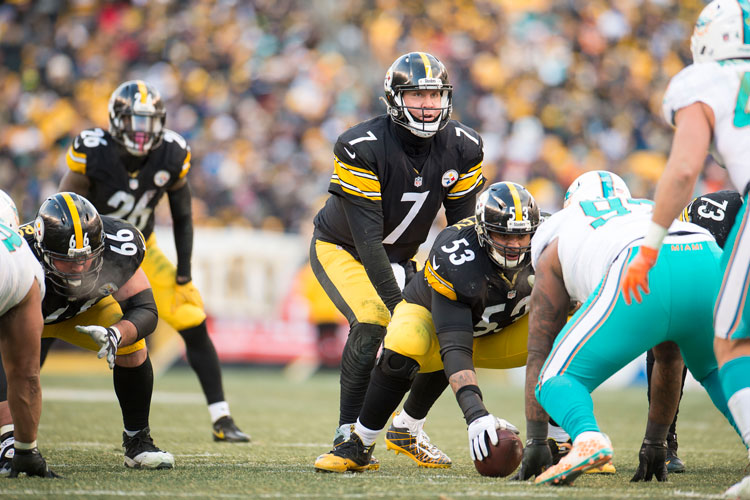 “If there was a recipe, wouldn’t everybody be doing it?” quarterback Ben Roethlisberger offered. “You’d be doing it every year.”

No one does (New England comes close, but even the Patriots come up short on occasion in the playoffs).

“It’s one game. You may have a bad game in a playoff game and you’re gonna lose.”

Roethlisberger wasn’t being fatalistic as much as he was realistic.

He’s as hungry to win another championship as he’s ever been.

But he has a lot of company in that regard.

Four of the eight quarterbacks starting this weekend have Super Bowl rings on their fingers (and three of those, Tom Brady, Roethlisberger and Russell Wilson, have been to the big game on multiple occasions).

And four of the eight head coaches left in the fray have a Super Bowl win on their resume (Kansas City’s Andy Reid got that far and lost).

The case could be made that of the eight teams remaining, seven have a legitimate chance to hoist the Lombardi in Houston (the exception being Houston).

That doesn’t mean the ones who don’t will fail because their quarterback isn’t good enough, because their head coach is too much of a players’ coach, because their offensive coordinator is an idiot or because of some other fatal flaw.

Sometimes, it’s just a call or the bounce of the ball.

The Steelers’ blasting of Miami was a welcomed exception, an afternoon when everything came together and the Steelers performed as expected against an opponent that was depleted by injury and overwhelmed by its circumstances.

But that isn’t likely to happen again.

The real playoffs start this Sunday in Kansas City.

And it’s going to be anything but easy.